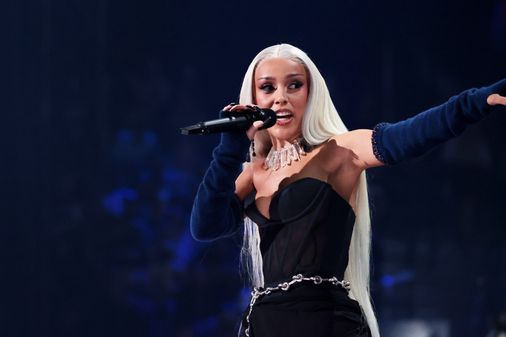 With the notoriously zany Doja Cat hosting, really anything could happen at this year’s MTV Video Music Awards. And through social media, it’s easy to stay up-to-date with award winners, bold costume choices, and topical jokes throughout the show. Whoever you’re hoping takes home the coveted Video of the Year award, follow along with these tweets that proved to be nearly as entertaining as the VMAs themselves.

It’s often the jokes — not the winners, hosts, or featured artists — that are remembered long after the award show is over. So, scroll through your feed a bit during breaks in the action and you might see meme history being made. Or, take a look at some of the funniest posts thus far, compiled below. Whether these users are clowning on performances, looks, or who is in attendance, everything is fair game.

This why Beyoncé didn’t leave her vacation…Chloe took care of it! #vmas

Revisit VMAs past with a virtual walk down memory lane

While watching this year’s VMAs, it’s hard not to draw comparisons to award shows of years past. From red-carpet fashion, performance choreography, or the guests themselves, some Twitter users have posted similarities between 2021 and previous shows. Some tweets are funny, some are sentimental, and even Halle Berry got in on the trend. Does this year’s show hold up in comparison? Check out these tweets and decide for yourself.

When your fave doesn’t win, Twitter’s got your back

When your favorite artist doesn’t win their category, it can feel devastating. Luckily, Twitter serves as an outlet for airing those frustrations with the outcomes. Whether disbelieving, snarky or somewhere in between, these users put their grievances into words, specifically in 280 characters or less.

Grace Griffin can be reached at grace.griffin@globe or on Twitter at @GraceMGriffin.