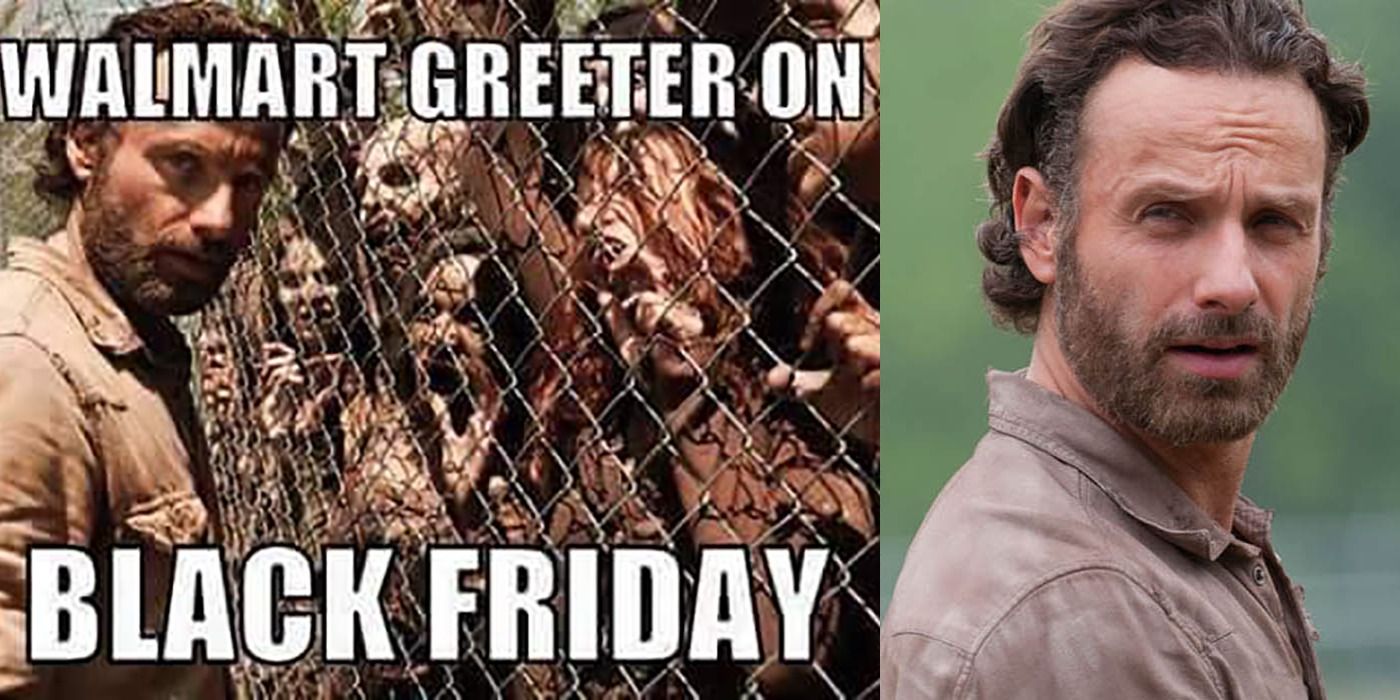 The memes about Rick Grimes from The Walking Dead used to be focused on his son Carl and actor Andrew Lincoln’s southern drawl accent that pronounced the name “Cor-al.” As Rick transformed over the years, however, fans have gotten more creative. Now that the character is officially off the show but still confirmed to be alive (with plans to star in the spin-off movies), the question — and subject of the memes — is: where’s Rick?

RELATED: 10 Most Heartbreaking Events From The Walking Dead (That Weren’t Character Deaths)

Where did he go after being whisked off to presumed safety in a helicopter by Jadis? What will he be doing and where will he be once fans are reunited with this beloved character? Whatever the answer, the internet is rife with memes that joke about Rick’s absent status.

Back in the day, milk cartons featured images of missing children, with their details, age they would be today, and where and when they were last seen in an effort that anyone with any information might be able to help their families locate them. This meme does just that but featuring Rick Grimes’ face and bio on a carton that keen-eyed fans will notice is made by Hilltop Milk.

His height is noted as 5’10” and the description says he was “last seen leading a herd of walkers away from camp” and that he had sustained a serious injury in the process. Who should be contacted in the event that Rick is seen out and about? His main squeeze and mother to his child Michonne at the Alexandria Safe-Zone.

Maybe, all this time, Rick has just been out grocery shopping. And while groceries in the apocalypse typically include canned goods, seeds, live animals, medicine and medical supplies, and anything that could be fashioned into a weapon, this meme suggests Rick is en route to grab basic items from the store as though the world hasn’t come to an end.

RELATED: 10 Underused Characters On The Walking Dead That Need More Screen Time (& Are Still On The Show)

It’s such a simple image and caption, complete with the Photoshopped mask over Rick’s mouth to make him look like he’s living in present day. Yet he is still disheveled and armed with guns and weapons just to go shopping in a pandemic.

This meme suggests that perhaps Rick has moved on to a more established society that has managed to rebuild a safe, economically flourishing community within its four walls. It must be beyond any Walking Dead survivor community from the show to date because it has a Walmart. And what better job for Rick than to be a Walmart greeter?

What the meme is really trying to get across, however, is that the “shoppers” on the outside of the gate aren’t too happy that they can’t get in. The joke, of course, is that people tend to act like hordes of zombies on Black Friday, trying to snag the best sales on big-ticket items. Rick would be just the man to maintain order in such a situation, so maybe this is where he has been all this time.

4 Rick Is The Danger

Taking one of the most iconic scenes and quotes from Walter White on Breaking Bad, this meme uses his facial expressions from that scene and adjusts the wording to suggest that Walter is telling his wife Skyler that Rick is not in danger; he is the danger. The famous quote, of course, is Walter terrifying Skyler by telling her that he is the danger or, more specifically, that he is “the one who knocks.” Rick from The Walking Dead has delivered a few terrifying quotes of his own, so it makes sense.

It’s also fitting since Rick became more brutal and savage as the series went on, just as Walter White did. Rick could get out of anything so it was laughable to think that he would be in danger and wouldn’t be able to handle himself, even if a walker was just about to chomp off his arm.

Imagine turning on the television and seeing a broadcast on the airwaves showing a battered and dirty Rick with his signature scruffy beard staring back with this headline across the bottom.

Was it Shiva that managed to rise from the dead and save Rick? The ticker at the bottom referencing the next upcoming story, meanwhile, is a hilarious nod to Jadis and her junkyard crew, one of the groups on The Walking Dead that had the most power.

2 Have You Seen This Man?

This meme definitely deserves points for hilarity, photoshopping Daryl Dixon’s head from an early season episode onto a body that is obviously not his, his face scrunched up in sadness as he cries. Wearing a tank top, white socks, and shoes, he’s holding a sign with Rick’s photo, asking for any passersby to please report if they have seen the missing man around anywhere.

Through the seasons, Daryl enjoyed a slow transformation. He and Rick had become best friends and confidantes, so it was devastating for Daryl when Rick met what Daryl believed to be his end. If Daryl knew there was a chance Rick could still be alive, however, this is how fans jokingly envision he might look.

A throwback meme is worth including as the question of “Where’s Rick?” can’t really be asked without showing an image of Rick asking the important question “Where’s Carl?” Except, as noted, Rick never asked this by pronouncing his son’s name as “Carl” but rather it always sounded like “Coral.”

Fans know that the character of Carl is long gone, having been bitten by a walker while saving Siddiq, then taking his own life before dying and turning. Nonetheless, just as Rick asked so many times before on the show, “Where’s Carl?” fans are now asking “Where’s Rick?”

NEXT: Reddit Fan Theories & Opinions About The Walking Dead Season 11, Who Will Die (& Who Should Live)


Next
Gilmore Girls: Luke’s Best Moments, According To Reddit

A professional writer and editor with 18+ years of experience, Christine, now a freelance writer/editor, is a self-professed TV fanatic with tastes that vary considerably from comedies to dramas, sci-fi, and more. She can usually be found binging a new show at night, coupled with a glass of red wine. With a long history writing in the field of consumer tech, she now also writes on topics from entertainment to parenting, lifestyle, marketing, and business. She resides in Toronto, Ontario in Canada with her husband and young son.