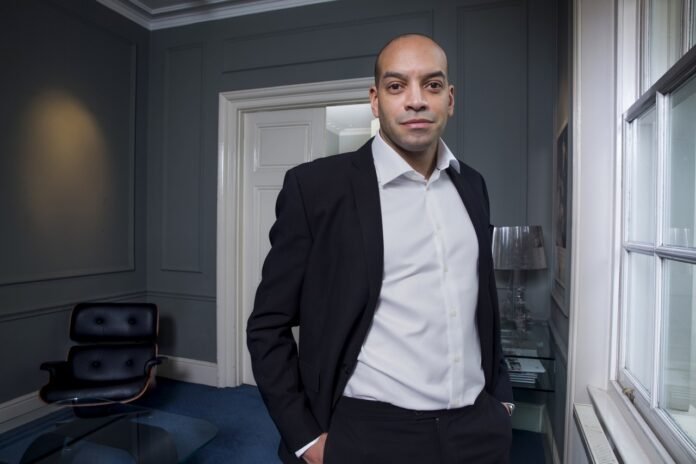 In this, the first of a series of exclusive columns from the IPA president and international chief executive and vice-chairman of VCCP, Julian Douglas argues that marketers and agency creative should step up to confront the crises of the 21st century head-on.

The IPA was founded in 1917 at the behest of prime minister David Lloyd George with a request for the best minds in advertising to contribute to the First World War effort. In the words of our first president: “The association was founded not with a selfish and restrictive object, but the broad principles of a national emergency.”

Today, we confront the problems of diminishing influence and relevance, squeezed margins, low levels of trust and glacial progress around diversity and inclusion. Beyond the industry, we continue to face national emergencies on multiple fronts. The role of advertising practitioners in tackling them remains as critical as it was over 100 years ago. And I remain optimistic about our future, both as an industry and as a society.

One of the very few positives that Covid-19 has delivered is an inflection point, a discontinuous moment to change things, an opportunity to press reset on a whole range of issues far beyond just advertising. As Einstein put it: “In the middle of difficulty lies opportunity…”

A second, rare positive from the pandemic has shown that with a trigger of sufficient size, enormous change is possible. We’ve seen multiple vaccines developed in record time. We’ve seen 10 years’ worth of tech adoption by businesses, schools and families in as many months.

What if we were to harness those positives, to multiply our efforts to tackle the perennial problems advertising and society more broadly face? What if we were to make incrementalism our enemy and resolve instead to move 10 times sooner, 10 times bigger, 10 times bolder? Going after that ‘what if’ is what I want my presidency to do.

The power of creativity

I’m with Mark Read when he posits that our ability to look at the world differently makes us better at finding fresh solutions than the management consultants. New York engaged creatives to solve the deprivation of Manhattan’s Lower East Side and was rewarded with the High Line. I’m certain McKinsey would have given them more of what they already had – subway stations.

Our creativity, our unique understanding of the alchemy that happens when strategy meets human perception, our ability to make people think, feel and behave differently is a powerful force. From environmental degradation to societal inequality, the world has never been more in need of creative solutions to difficult problems.

A new age of collaboration

At the risk of coming across all ‘Hair’ (though given my increasingly polished pate that would be a high-class problem), I believe we are at the dawning of a new age of collaboration.

Living through lockdowns and WFH, we have a newfound understanding and appreciation of our interdependence. Most of us have long agreed that we can achieve more acting together than alone. Now we realize that we cannot succeed in acting alone. Collaboration isn’t a nice-to-have, it is a necessity.

I take great heart in the positive step changes we are already seeing in our industry through collaborative initiatives such as Black Representation in Marketing (Brim), the All In Census and Action Plan from the AA, ISBA and IPA.

But what more are we capable of? Let’s use this time of flux as a trigger to do something worthwhile at a societal level with our combined powers of creativity and collaboration.

The UN Secretary-General António Guterres says: “If we combine forces now, we can avert climate catastrophe.” Yet many well-intentioned ESG campaigns created in parallel by competing brands fail as they drown each other out, reducing chances of cut through. How about us coming together to create fewer, bigger, better initiatives to increase the chances of the public hearing us and taking action?

Culture shows us that people take note when brands, whom the public usually only sees competing, down tools and join forces for good. Look at the BBC and Sky Sports campaign ‘Hate Won’t Win’. Or the supermarkets coming out to support Sainsbury’s on the criticism it received for its depictions of modern Britain in its advertising last Christmas. These unlikely alliances can be disproportionately effective in tackling the most wicked problems.

There are some challenges so big, so complex, no single brand should go it alone. Food waste, litter, hospitality recruitment, the digital divide. These are structural challenges and cultural norms our industry has contributed to which are too vast for one player to tackle solo. But working together, we might just put a dent in them.

That is the hypothesis we are testing with the brand new IPA 10X Think Tank. Working with Rory Sutherland – a man who has always waged war on incrementalism – I am bringing together advertising’s brightest minds and most committed companies to tackle those four urgent societal issues.

In each case, individuals, agencies and brands who usually compete will collaborate in finding replicable, scalable solutions. We already have engagement from over 20 agencies and brands including Walkers, MoneySuperMarket, Nationwide Building Society and Facebook. Please consider this an invitation to get involved.

The first 10X Think Tank initiative is already under way. Imagine if the 10 agencies of the 10 biggest UK supermarkets got together to come up with a campaign to tackle food waste in unison? And perhaps Sir John Hegarty returning as the creative director? Well, that is exactly what is happening right now. So far two supermarkets are on board. However, the power is in the collective so to those eight supermarkets yet to sign up: please get involved, play your part and help make this happen.

We are capable of great things, both within our industry and for society at large. But it will take all of us, our ability, ideas and our combined efforts to make it happen. So get on board and let’s get started.

Julian Douglas is president of the IPA and international chief executive and vice-chairman of VCCP.