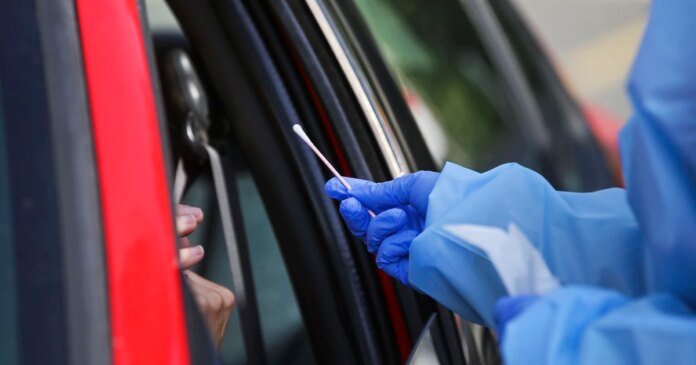 More than 200 people are now hospitalized with COVID-19 in Alaska, setting yet another record as health care leaders sound dire warnings and say the state’s hospitals are treading water.

By Thursday, hospitals and ICUs around the state continued to report being at or near capacity as a surge driven by the highly contagious delta variant continues in Alaska. Facilities have reported that staffing shortages and limited bed capacity are their top concern, and say they’re not sure how much longer they can continue operating under such high levels of stress.

Alaska’s health leaders have begun conversations with providers in other states, including North Idaho, that this week issued crisis standards of care, a tool that “allows clinicians to be able to think about how they can do the most good for the most people” with limited resources, explained Zink.

Crisis standards of care are considered a last resort because they often require health care providers to make difficult decisions about how to ration care — and Alaska is doing everything it can to avoid this scenario, Zink and others said Thursday.

The ability to transfer patients from rural regions to those outlying hospitals while Anchorage continues to be full is becoming significantly diminished, if not exhausted, he said.

“The window to be able to transfer in to a higher level of care is getting smaller and smaller,” Kosin said.

As the surge continues, Kosin said the health care system won’t collapse and patients won’t be turned away, but he said that care will end eventually up being rationed and prioritized if the state continues down its current path.

“And that’s the scariest of all scenarios, because then you put medical professionals in positions of having to make the hardest choices that anyone can be asked to make. … Everything is heading in that direction. Whether we ultimately get there or not, it’s to be determined,” Kosin said.

The latest hospital count showed a new record of 206 people hospitalized with confirmed cases of the virus statewide, including 29 people on ventilators. In the Mat-Su, nearly half of all hospitalizations were coronavirus-related, and in Fairbanks, about a third were tied to COVID-19, state data showed.

The latest count is up from 197 reported Thursday and more than double what it was about a month ago when Alaska’s hospital leaders first sounded an alarm about the delta variant’s potential impact on a limited health care system.

Hospitals say those numbers are an undercount of the true impact of COVID-19, since they don’t include some long-term COVID-19 patients who no longer test positive but still need hospital care.

The state’s overall hospital capacity moved into high alert status for the first time on Thursday after multiple hospitals around the state continued to report extremely high volumes of COVID-positive and non-COVID patients.

The state on Thursday also reported another 846 new cases of the virus, 809 involving Alaskans and 37 among nonresidents, according to the Alaska Department of Health and Social Services dashboard. Thursday’s new case total marks the second highest single-day tally reported for Alaska so far, and follows Wednesday’s similarly high count of 841 cases.

“The difference is delta, and how quickly it can move from person to person,” Zink said.

Even with cases and hospitalizations showing few signs of slowing, city leaders in Anchorage — where the level of virus spread often influences COVID-19 trends around the state — have declined to enact more stringent pandemic mitigation measures. In an interview this week, Anchorage Mayor Dave Bronson said he will not ask residents to get vaccinated, issue a mask mandate or order other COVID-19 restrictions, calling the idea of a mask mandate “very inappropriate.”

Gov. Mike Dunleavy said this week he would not declare a statewide COVID-19 disaster, though he has proposed two alternative bills that could help get more resources to the state.

Alaska’s COVID-19 vaccination rate has been slowly ticking up recently after months of plateaued uptake. More vaccinations were administered in August than in July, Zink said.

Last winter, when COVID-19 vaccinations first became available, Alaska led the nation in shots administered per capita. By summer, the state had fallen behind.

So far, 56% of all Alaskans 12 and older are considered fully vaccinated, and 61.5% have received at least one dose.

No new coronavirus-related deaths were reported Thursday. In total, 442 Alaskans and 14 nonresidents have died with complications from the virus since the pandemic first arrived in Alaska in March 2020.

The state’s seven-day average test positivity rate — positive tests out of total performed — was 8.8%, a near all-time high. Health officials say anything over 5% indicates the need for more testing.

This is a developing story. Check back for updates.