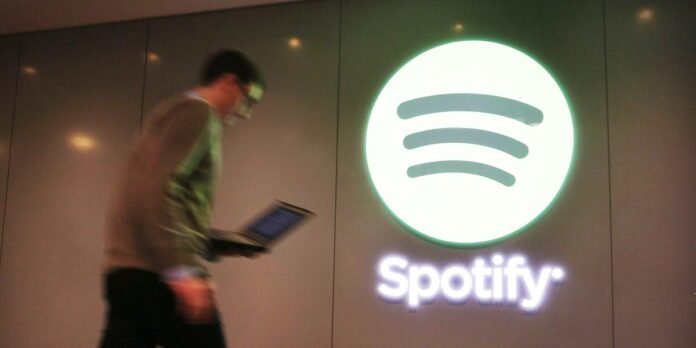 Even as many industries laid off people in the pandemic, companies from Apple to WPP are hiring top ad and marketing talent to fine-tune their image and promote their growing range of products to consumers.

Advertising and related services employed 447,300 workers in August, up 3.2% from a year ago, according to BLS data.

Companies also hire a lot of people from abroad. They’re required to disclose information including salary or salary ranges when they hire people under the H1-B visa program, giving insight into what companies are willing to pay for experts.

Insider rounded up its reporting on what some of the hottest companies pay for marketing and advertising roles by analyzing government data for 2020 and 2021 that companies are required to file for visa-holding employees.

Snap marketing and sales staff pay can reach $110,000 per year

Snap, the company behind Snapchat, has been on a growth tear in recent months. It’s been staffing up as it tries to take on competitors in areas like augmented reality, short-form video, and original shows.

It’s offered staffers in marketing and sales roles like account executive base salaries between $78,000 and $110,000 per year.

Here’s a look at other positions and what they pay across Snap.

Spotify has become the podcast home to heavy hitters including the Obamas and Joe Rogan, and it’s been steadily hiring as it grows its podcast ambitions.

Spotify offered staffers on US work visas in marketing roles annual base salaries between $94,000 and $190,000. The positions included associate director, corporate development, $185,000; and global agency lead, $157,000.

Read about those and other positions at Spotify.


Netflix
‘s resilience despite the pandemic and rising competition has helped make it one of the most desirable places to work in tech.

The streamer has been hiring around the world for a variety of positions, from marketers in Seoul to animation roles in Los Angeles. Unlike other tech companies, it doesn’t pay performance bonuses, but pays high salaries instead.

Here are salaries of marketing and other roles at Netflix.

The ad industry went through a major contraction in 2020, with revenue at the major holding companies down by double-digits.

Yet as client spending returns, the biggest agencies are looking for executives to fill top positions like heads of new business, managing directors, and healthcare and ecommerce specialists.

Read more about pay at WPP, Omnicom, and other ad holding companies.

PR specialists are some of the industry’s top payers

The public relations industry resumed hiring as the industry bounces back from the pandemic. Firms are ramping  up recruitment in hot areas like data, crisis management, and healthcare consulting.

Healthcare is in demand, and salaries show it. WPP’s BCW paid an SVP, strategy and development for healthcare $178,000.

Technology giants like Facebook, Google, Amazon, Uber, and Airbnb have soared in recent years, thanks in part to their marketing.

Apple is well known for its advertising. It has a dedicated ad agency at Omnicom that handles most of its advertising, and it regularly gets attention for its cinematic campaigns.

Apple also has its own advertising staff, from art directors to design and creative directors.

Here’s a sampling of what Apple, Airbnb, Google, and other tech companies pay marketers.

Intel’s growth has been slowing as it faces growing competition, but its new CEO is trying to turn things around.

It announced plans to invest $20 billion in new factories in Arizona, it’s investing in research and development, and is racing against other tech giants like IBM, Microsoft, and Google to build quantum computers, among other moves.

For all of this, Intel relies on marketers as well as researchers, managers, and software and hardware engineers.

Read more about those and other Intel salaries here.

Cybersecurity companies are hiring aggressively to fill a talent gap across the industry.

Most of the companies pay six-figure salaries for rank and file tech roles, with managers and executives making up to $350,000 in some cases, according to an Insider review of 24 major players.