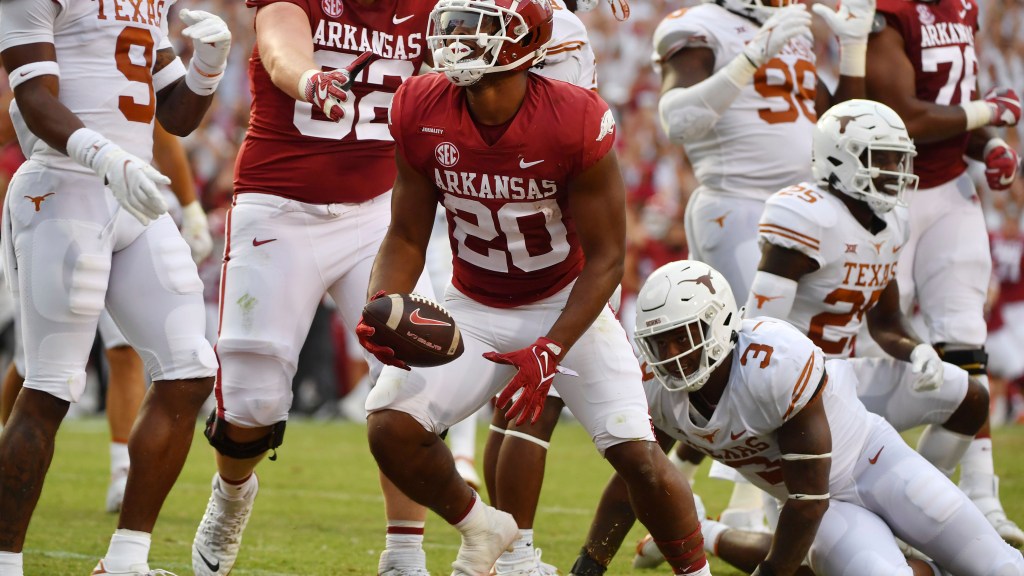 Texas, in no uncertain terms, is absolutely not “back,” and that was made exceptionally clear Saturday during the Longhorns’ 40-21 loss to Arkansas.

It was an ugly situation for No. 15 Texas, and it entered halftime trailing the Razorbacks, 16-0. And then things got worse in the second half with Arkansas climbing to 26-point leads in both the third and fourth quarters.

But after Arkansas’ upset win, the Razorbacks’ social media team dealt another hit to the Longhorns with this viciously epic trolling video, which included the famous clip of former Texas quarterback Sam Ehlinger saying, “We’re baaaaack.”

We’ve seen some great trolling already in the 2021 college football season — including Lee Corso’s jab at Iowa State on Saturday on College GameDay — but this post-game Twitter meme is so mean but so, so good. Well done, Arkansas.