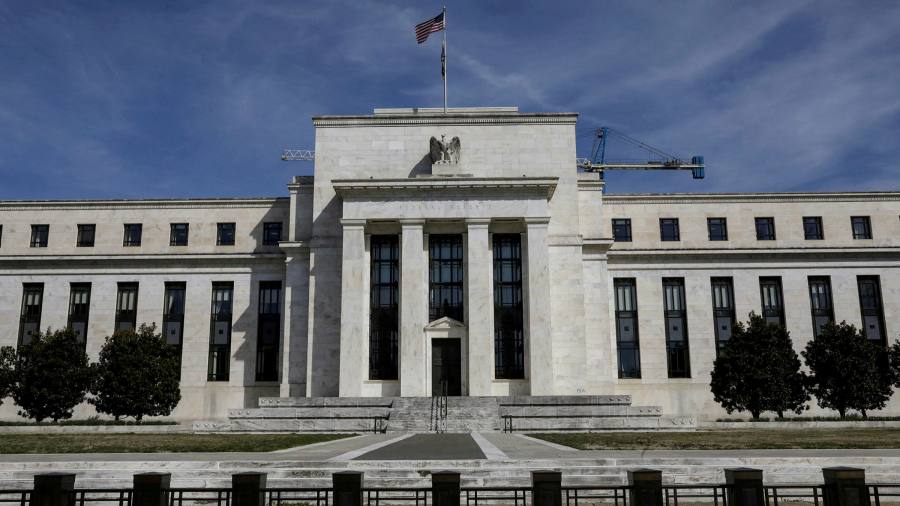 The most important market trends and how Wall Street’s best minds respond to them. Delivered every weekday.

US government bonds rallied while bank shares weighed on major stock markets on Tuesday, as moderating US inflation warmed investors to the view that the Federal Reserve would have more time to remove crisis-era stimulus.

Data released on Tuesday showed headline US consumer prices rose 5.3 per cent in the year to August, a slight moderation from the 5.4 per cent rate of inflation recorded in July.

The S&P 500 closed the New York session down 0.6 per cent, with financials the worst performing sector on the blue-chip index. The technology-focused Nasdaq Composite slid 0.4 per cent.

Fed chair Jay Powell has argued that higher inflation has been caused by temporary factors related to the pandemic, such as shipping disruptions and a rise in second-hand car prices related to computer chip shortages.

Traders’ longer-term inflation expectations fell slightly after the release of the official figures, which showed consumer prices rose 0.3 per cent in August from July. The five-year break-even inflation rate — which measures expectations for inflation in five years — fell from 2.57 per cent yesterday to 2.52 per cent after the morning’s price data, its lowest level since September 3.

“We’re definitely seeing a trend of inflation becoming less severe,” said Zehrid Osmani, manager of Martin Currie’s global portfolio trust. “Inflationary pressures are going to die down from the back end of this year.”

Analysts at TD Securities added that: “The moderation in inflation creates less urgency for the Fed to tighten policy.” 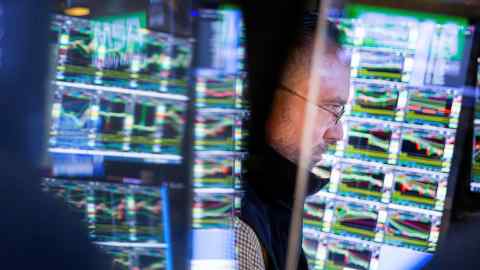 But some investors remain fearful of US consumer price growth remaining elevated, potentially leading to stagflation as a rebound in economic growth from 2020’s lows levels off.

“I’m leaning towards inflation becoming more permanent,” said Kasper Elmgreen, head of equities at Amundi, citing wage increases as US employers struggle to fill positions. “We are then getting into a stagflationary environment.”

A Bank of America survey of 258 asset managers found that a net 13 per cent expect global economic growth to rise, the lowest amount since April 2020. But half the respondents still believed stock markets would go higher.

“Growth expectations are saying equity allocations should fall,” Bank of America strategists wrote in a note accompanying the survey.

Across the Atlantic, the continent-wide Stoxx Europe 600 index closed roughly unchanged, while Germany’s Dax closed up 0.1 per cent. The UK’s FTSE 100 closed 0.5 per cent lower.

In Asia, Hong Kong’s Hang Seng fell sharply for the second consecutive day, closing down 1.2 per cent, and China’s CSI 300 dropped 1.5 per cent. However, Japan’s Nikkei 225 Average rose 0.7 per cent to it highest level since 1990.

Brent crude, the oil benchmark, settled up 0.1 per cent to $73.60 a barrel, ending a strong two-session rally.

The dollar index, which measures the US currency against six others, was little changed on Tuesday. The British pound weakened 0.2 per cent against the dollar to $1.381 while the euro fell less than 0.1 per cent to $1.181.

Robert Armstrong dissects the most important market trends and discusses how Wall Street’s best minds respond to them. Sign up here to get the newsletter sent straight to your inbox every weekday