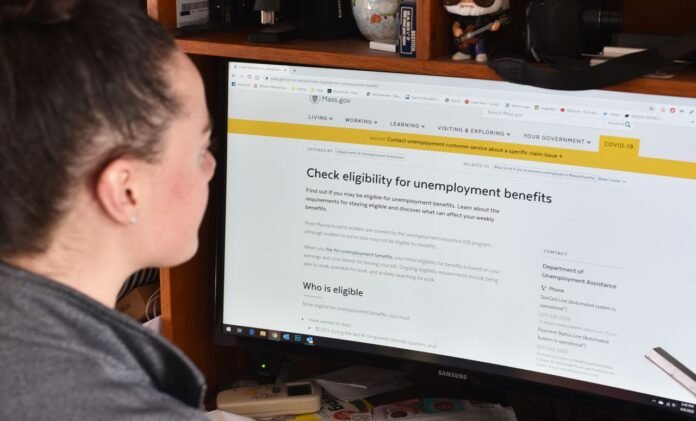 After making a pitch to legislative leaders weeks ago, a coalition of business groups and chambers of commerce expanded their effort and wrote to all 200 lawmakers calling for Massachusetts to pursue additional unemployment insurance relief.

The collection of nearly 30 industry leaders and advocates on Thursday sent a letter to every lawmaker urging them to use federal American Rescue Plan Act dollars to replenish the unemployment insurance trust fund, offsetting the costs businesses will pay over 20 years to stabilize the system after enormous upheaval during the pandemic.

They voiced support for Gov. Charlie Baker’s proposal to spend $1 billion from the state’s surplus tax collections on unemployment relief, but said lawmakers should also tap into the massive pool of unspent federal aid to relieve businesses.

“If no relief money is committed for the UI Trust Fund, businesses in every corner of the Commonwealth will face UI tax increases with payments amortized over a 20-year span,” the business groups wrote. “Budding entrepreneurs sitting in a Massachusetts classroom dreaming of one day owning their own business will unreasonably be saddled with this debt. Businesses that hobbled through the pandemic and are still in the process of recovering will find higher UI taxes as a barrier to job creation and economic expansion.”

Retailers Association of Massachusetts President Jon Hurst, who signed the letter alongside the more than two dozen other industry leaders, also sent his own letter to Senate Ways and Means Committee Chair Michael Rodrigues, House Ways and Means Committee Chair Aaron Michlewitz, and House Committee on Federal Stimulus and Census Oversight Chair Daniel Hunt making a similar plea for a $2 billion payment toward the unemployment system.

“What employers hope to see now from the state is a sense of shared responsibility in attacking this deficit, with the state’s assistance in reducing the overall unemployment insurance debt,” Hurst wrote.