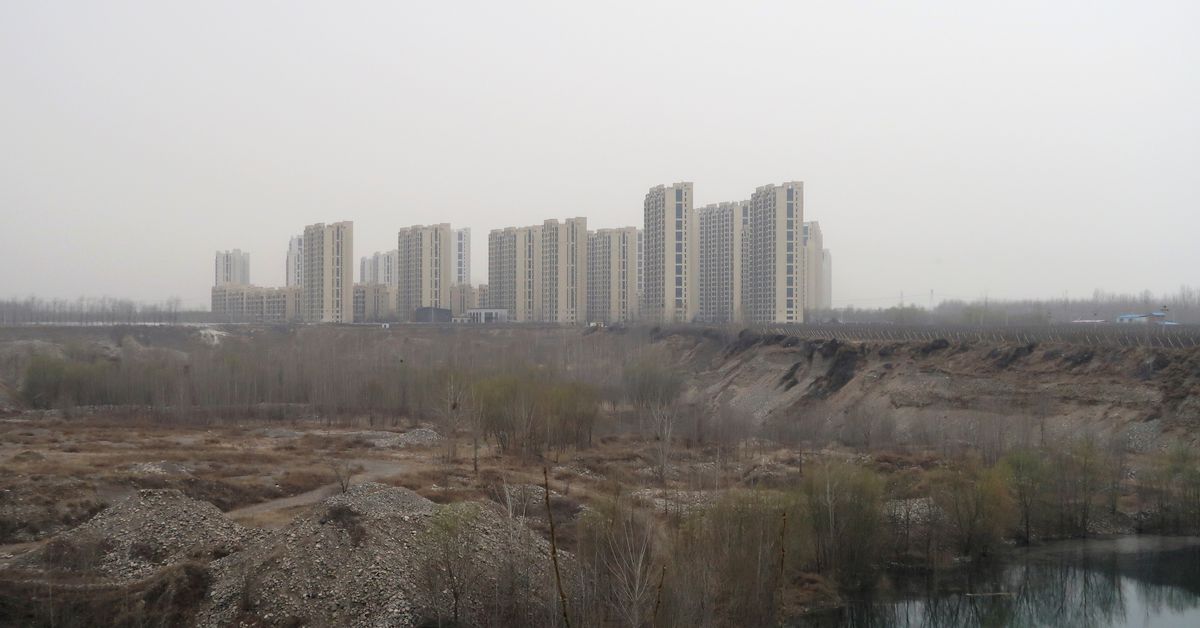 BEIJING, Sept 15 (Reuters) – China’s new home prices rose at their slowest pace in months
in August as authorities stepped up efforts to rein in a red-hot property market, and cooling measures were expected to limit home price growth going forward.

Average new home prices grew at their slowest pace since December on a monthly basis, and since January on an annual basis, after
authorities stepped up property curbs this year, from capping banks’ lending to the sector to restricting purchases.

The property market’s sharp rebound from the COVID-19 shock last year has raised concerns about financial risks. But the array of tightening measures are weighing on China’s important
property sector, just as the world’s second-largest economy is showing signs of slowing. read more

China’s property market is also grappling with widespread problems at the country’s second-largest property developer China Evergrande Group (3333.HK), which is struggling to restructure a mountain of debt and avoid a possible default. read more

Average new home prices in 70 major cities grew 0.2% last month after rising 0.3% in July, according to Reuters calculations based on data released by the National Bureau of Statistics (NBS).

New home prices rose 4.2% in August from a year earlier, versus a 4.6% increase in July.

“(The) property market has cooled significantly in the third quarter,” said Yan Yuejin, director of the Shanghai-based E-house China Research and Development Institution.

“The continuous tightening of credit policies and the decline in transaction volume have led to a clear slowdown in price growth.”

Authorities have stepped up measures to rein in China’s property market this year, including upper limits on developers’ debt ratios and restrictions on purchases. More than 20 cities strengthened their curbs on the sector in August. read more

Nomura said in note that the property curbs were unlikely to be eased in the near term, as Beijing has “attached national strategic importance to reining in property bubbles.”

The measures have slowed property purchases while some developers are being hard hit by the liquidity squeeze.

Property investment increased 0.3% year-on-year in August – its smallest growth in 18 months and down from a 1.4% rise in July, according to Reuters calculations based on separate NBS data, reflecting the tighter financing conditions.

New home prices in low-tier cities rose more slowly than those in tier-one cities, but home prices in one of China’s biggest cities Guangzhou fell month-on-month for the first time since March 2020.

The NBS data showed 46 out of 70 cities reported month-on-month gains, down from 51 in July.

“Housing price growth is expected to slow down in the future,” said Zhang Dawei, chief analyst with property agency Centaline.

“The number of cities seeing a slowdown in prices growth will increase.”

Earlier this month, ratings agency Moody’s downgraded its outlook on China’s property sector to negative from stable due to tighter access to funding.

In an effort to ease housing woes of young people, authorities have also increased the supply of affordable housing and moved to cap the cost of home rentals for the first time. read more