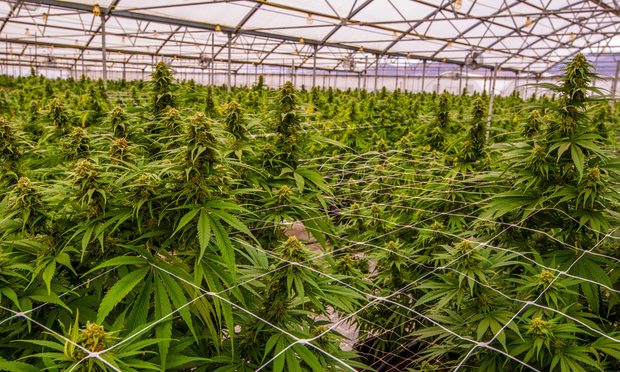 The battle is heating up to write property lines for well-run cannabis businesses with clean loss histories, which are seeing capacity increase, according to a report by Amwins, Inc. However, companies in this space with loss history or undesirable risk profiles are seeing rates grow, capacity tightening and additional exclusions.

The conflict between state and federal laws is also keeping many mainline admitted insures from writing cannabis businesses. As a result, any new capacity coming into the market is from existing players and programs looking to expand. However, carriers are giving this sector a hard look and many are developing plans to respond if federal laws change.

Despite demand, supply of critical catastrophe capacity that other industries rely on comes from London and Bermuda, Amwins reported. Lloyd’s position since 2015 is that syndicates cannot write policies for U.S. cannabis operations because of ongoing federal prohibition. Bermuda is subject to similar restrictions.

Across all professional lines covering the cannabis space, retentions and premiums are increasing and carriers are capping their limit output.

However, Amwins noted this is a normal reaction given the market’s level of uncertainty and the relatively few carriers covering the industry’s exposures. For example, a writer of D&O in the cannabis space that has paid the most in claims is also asking for the highest retentions.

Further highlighting the limited number of insurers willing to work in this market, Amwins reported there are only three carriers currently writing cyber insurance policies for cannabis operations, and they are generally raising rates and retentions.

Additionally, cannabis operations are being required to complete ransomware supplemental applications to obtain a cyber insurance policy. Those without a plan in place are being declined, offered smaller sublimits or asked to share in the risk/loss, according to Amwins. Some carriers are working with policyholders on implementing better cybersecurity safeguards, which may lead to less restrictive terms.

Although the cannabis industry is projected to become the next big target for hackers, Amwins reported just 10% of U.S. cannabis operations purchase cyber insurance.