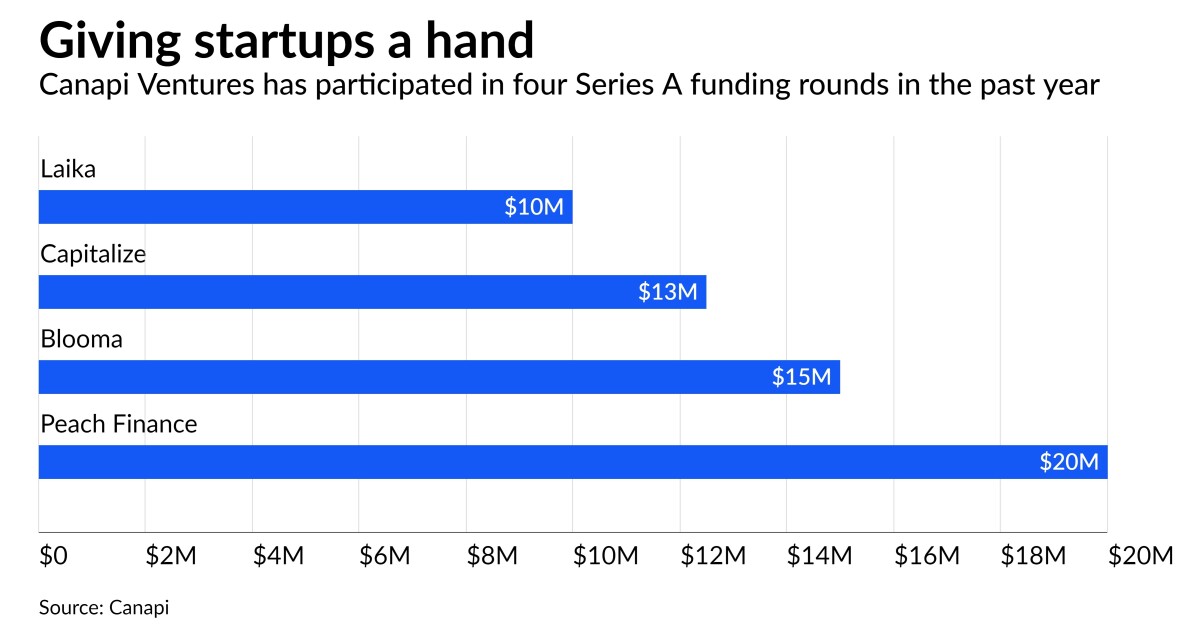 Canapi is run by former Comptroller of the Currency Gene Ludwig and James “Chip” Mahan, CEO of the $8.2 billion-asset Live Oak, of Wilmington, North Carolina. Other participants in the round included SciFi VC, Caffeinated Control, Nyca Partners and Moore Specialty Credit — some of which had invested in Peach Finance previously.

Many lenders have focused on modernizing their loan origination systems in recent years but have neglected what comes after a loan is made, according to Craig Focardi, a senior analyst at Celent.

“Digital loan origination solutions have received the lion’s share of technology investment during the past few years,” he said. “However, digital loan servicing systems are the key for financial institutions to realize rapid product innovation, efficient cost management, low delinquency rates and lifetime customer profitability. Lenders cannot originate new loan products if they can’t service them. Yesterday’s loan servicing systems are tightly coupled and can be difficult to update for new product innovation and to integrate with for digital customer management.”

The legacy providers of loan servicing systems, said Jeffrey Reitman, a partner at Canapi, generally offer inflexible systems that are not driven by application programming interfaces and that were built in the 1970s and 1980s.

“They just don’t scale well to the borrower’s expectations,” Reitman said. “We think as these banks and fintechs add lending to different money products, they’re going to look to next-gen platforms to service their net new volumes, and we think Peach is going to be the leader there. That’s the bet that we’re making in this investment.”

Peach Finance’s software is modular, so banks and nonbank lenders can use the full solution or pick and choose parts of it to complement their existing in-house solutions, CEO Eddie Oistacher said. The software is also built to give the same user experience to agents that customers receive.

“Which means our system is very intuitive and easy to learn,” Oistacher said. “You can respond to the customer in whatever channel you use.” Peach also built several compliance modules to help lenders meet state and federal regulations, he said.

One feature of Peach Finance’s software is critical in pandemic times: It can easily make adjustments to accommodate grace periods and payment schedule changes, Oistacher said.

“When we started building this, that’s one of the things that everyone started talking about immediately — what’s going to happen with the industry?” he said. “People lost their jobs, they need hardship support. So we built a lot of hardship tools from day one into our platform.” Agents can easily waive fees, lower interest rates, defer payments or set up new payment schedules, he said.

The software can also automate communications with “super cases,” such as a large group of people hurt by a disaster like a hurricane.

Peach Finance is one of four companies that have raised funds in Series A rounds involving Canapi over the past year. The others are Laika, a developer of information security and compliance software; Capitalize, which has built an online platform that lets consumers roll over and consolidate legacy retirement accounts; and Blooma, creator of an artificial-intelligence-powered digital underwriting platform for commercial real estate.

Reitman said the first thing that drew his attention (and dollars) to Peach Finance was its leadership team — starting with Oistacher, who was director of product management at Affirm for three years before he started Peach Finance and previously head of business development at the online lender Enova.

“I’ve known Eddie for about two and a half years now, since around the time he started the business,” Reitman said. “Over that time, I’ve met with several companies in the market, including incumbents that are trying to upgrade servicing. None of them have as much experience as Eddie and the team. He has put together predecessor versions of this at Enova and Affirm. I don’t think there’s anyone in the market that knows how to build the next generation of what we’re building here at Peach better than Eddie and the team he’s assembled.”

“At Canapi, we’re seeing a lot of banks and consumer-oriented companies start thinking about adding more lending products,” he said. “A lot of these companies are spending a lot to acquire customers. They need to add these new products and you can’t really add a lending product without a servicing solution.”