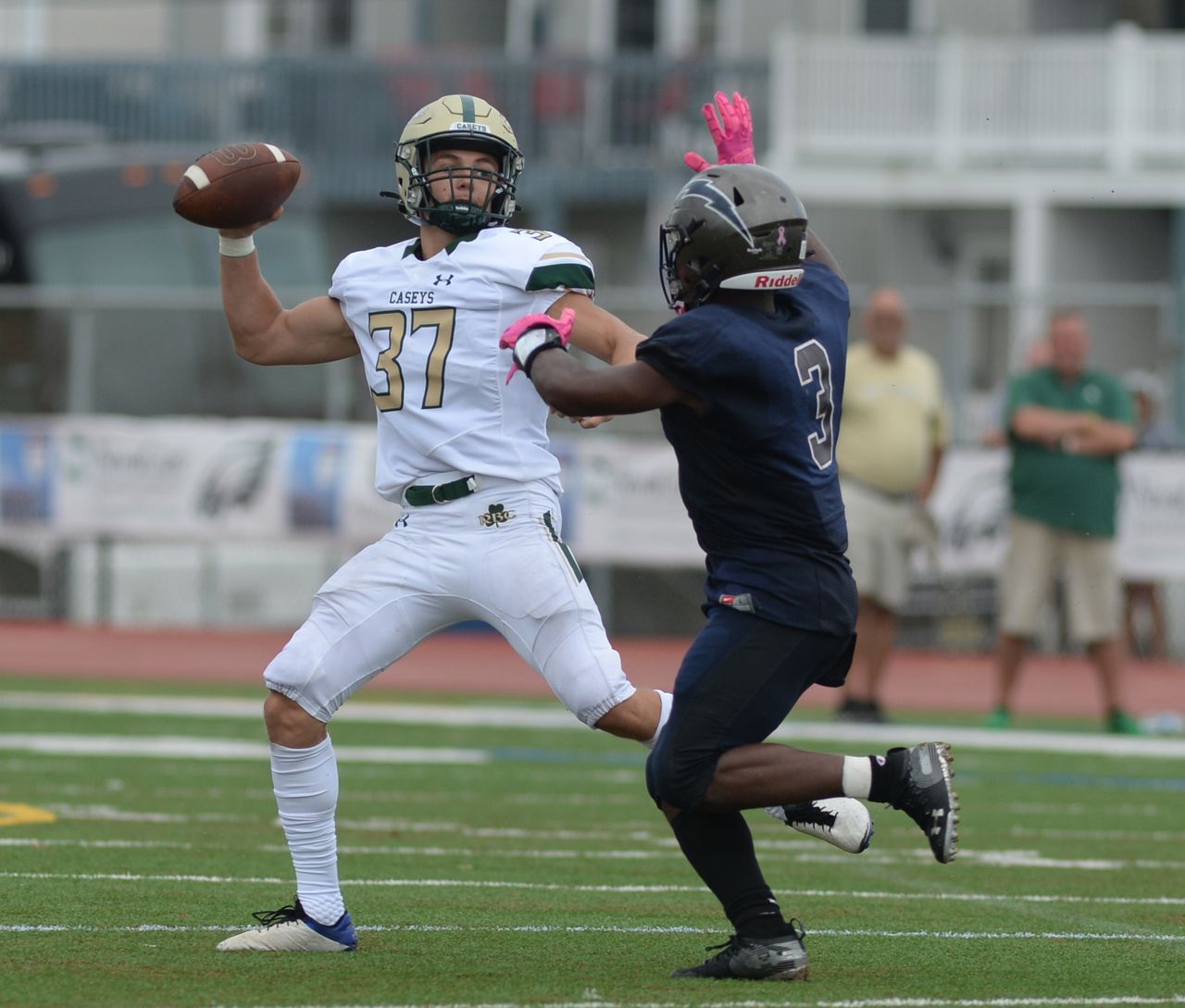 Alex Brown scrambled to his right to avoid the oncoming pressure and found an open Alex Bauman for a 34-yard touchdown with 1:23 remaining to give Red Bank Catholic, No. 10 in the NJ.com Top 20, a 20-16 victory over No. 19 Wall in Red Bank.

Given the lead, the Red Bank Catholic (2-0) defense stopped Wall (0-2) on four consecutive plays to force a turnover on downs.

Brown jumpstarted the Red Bank Catholic comeback when he tossed a 33-yard TD pass to Emmanuel Ross that trimmed the deficit to 16-14 with 11 minutes left in the fourth quarter. The senior quarterback overcame two early interceptions and completed 12-of-18 passes on the night for 168 yards and three touchdowns, Brown’s first TD, a 13-yard pass to Najih Rahman gave Red Bank Catholic a 7-0 lead.

Wall, which was without reigning NJ.com Statewide Defensive Player of the Year and starting running back Charlie Sasso due to injury, responded with 16 straight points. Jake Davis’ 7-yard TD run late in the opening quarter tied the game at 7. Then, after a 32-yard Max Oakley field goal in the second quarter, Davis struck again for a 32-yard rushing TD in the third quarter

Davis finished with 135 rushing yards on 20 carries for Wall, which also got 18 carries for 73 yards from Matt Dollive. Akeel Gaines intercepted two passes on defense.

The N.J. High School Sports newsletter now appearing in mailboxes 5 days a week. Sign up now and be among the first to get all the boys and girls sports you care about, straight to your inbox each weekday. To add your name, click here.