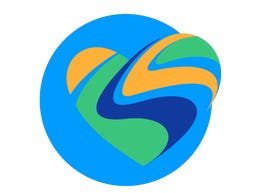 Editor’s note: If you or someone you know is dealing with suicidal thoughts, call the National Suicide Prevention Lifeline at 800-273-8255 or text “Hopeline” to the National Crisis Text Line at 741-741.

If someone you love had a mental health crisis, what would you want the response to that crisis to look like?

That’s the question Fox Valley suicide prevention advocates sought to answer when they noticed 911 crisis calls were piling up, sending people in need to hospital emergency departments and into interactions with law enforcement.

From mid-March to November 2020, 911 calls from people experiencing suicidal thoughts in Winnebago, Outagamie and Calumet counties increased by 60% to 755, members of the region’s mental health collaborative shared Thursday morning as part of a community report on suicide-prevention efforts.

That increase places a burden on law enforcement officials and indicates increased distress in the community, said Sara Kohlbeck, director of the division of suicide prevention within the Medical College of Wisconsin.

Sending a person in crisis to a busy emergency room in a hospital — as is happening more and more often, according to research from last year from the collaborative — can also lead to strain.

Kohlbeck and others that work on the collaborative’s Zero Suicide Initiative said they wanted to develop an “ideal response” to those crises that would take the pressure off law enforcement and direct people to better care.

RELATED: ‘They’re ready to put the boulder down’: The weight of the past year is wearing people out, mental health experts say

The pandemic has wreaked havoc on many Americans’ mental health. Nearly one in three adults reported symptoms of anxiety or depression to the Centers for Disease Control and Prevention’s Household Pulse survey in August. One in 10 adults surveyed reported seriously considering suicide last year.

There have been 34 suicide deaths in the tri-county area so far this year, according to the data presented Thursday. Fifty-seven people in the region died by suicide last year.

For every suicide death, there are an estimated 25 attempts, said Sarah Bassing-Sutton, community suicide prevention coordinator.

The Zero Suicide Initiative is piloting three programs that aim to connect people with mental health support directly as well as connecting survivors of loss with that support in the event that a suicide death does occur.

First, they hired a mental health navigator who police can call when they want to connect somebody to specific resources. Navigator Jenna Tepolt, who began in June, said more than half of referrals so far have come from the Menasha Police Department, and many of them deal with depression, alcohol and other drug misuse, the lack of basic needs like housing, and other mental health issues.

Tepolt’s job is to prevent people who need help from slipping through the cracks between their initial contact with the system and receiving care.

Next is an initiative in which a clinical therapist will accompany a police officer on calls where a person is having a mental health crisis.

The move has become a popular one amid growing awareness that sending police officers to address mental health issues can worsen outcomes for the person calling for help, especially for people of color. The city of Milwaukee, for example, has Crisis Assessment Response Teams that send a paired officer and clinician to handle mental health calls — although it has received scrutiny as some push for a response excluding police altogether.

In the Fox Valley, the pilot will officially launch later this year or early next for officers on the second shift, the time period in which most crisis calls are received.

The final piece of the puzzle looks at support for people who have had loved ones die by suicide. It comes in the form of work that the Fox Cities Victim Crisis Response team, a volunteer-led organization that responds to traumatic events, has done for years.

VCR volunteers show up on the scene, including for deaths by suicide, and provide immediate support as well as connections to mental health resources. Now, that work will have financial backing from Ascension Wisconsin.

They’ll also launch a focus group for survivors of suicide loss to determine what could go better in responding to such situations.

In addition to the pilot programs, the Zero Suicide Initiative is still seeking the community’s input on its Fox Cities Mind Your Wellness survey in partnership with the Medical College of Wisconsin.

Debuted in May, the survey seeks to evaluate the mental health of Fox Valley residents and has received just over 700 responses so far. Among those respondents, half said they have had “significant problems” with feeling anxious, nervous, tense, scared or on edge in the past 12 months, according to data presented Thursday.

If you need to connect to local mental health support, MyConnectionNEW.org contains a searchable database of resources for a variety of issues, including emergency hotlines.