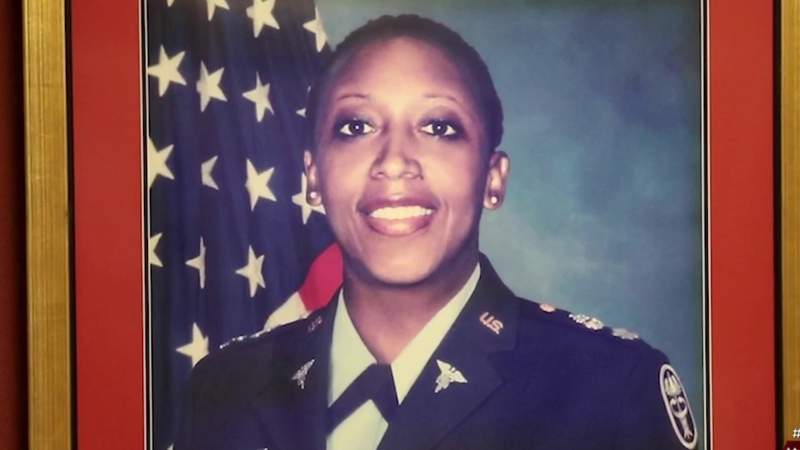 San Antonio has many connections to the 9/11 terrorist attacks and one of them is the story of U.S. Army LTC Karen Wagner.

Wagner graduated from Judson High School in 1979. She was the third of four children and came from a military family.

Wagner was a popular student and star athlete, but also well known in the community as someone who was always willing to help those in need.

“She definitely was a very fun spirit, very athletic, the type of person who had three pennies, she would give you two,” said Anthony Cristo, English II World Literature teacher at Wagner High School. “That whole family is just good people. They have a sense of honor. They have a sense of duty.”

Wagner carried her passion to help others to college. She went to the University of Nevada, Las Vegas and became a distinguished military graduate, later earning her masters degree in health services administration back in San Antonio.

She was commissioned in 1984 as a medical service corps officer. Her assignments included duties at Fort Sam Houston and Walter Reed Army Medical Center in Washington, D.C.

“Knowing what contributed to the Walter Reed hospital among many other things, it’s just I’m honored to know that what she did for us and for our military,” said Anne Ream, World History and Mexican American Studies teacher at Wagner High School.

In the summer of 2001, Wagner had just been promoted to to the rank of lieutenant colonel. The unthinkable happened months later on Sept. 11.

LTC Wagner was in the Pentagon, working in her cubicle, when a hijacked plane crashed into the building. Without hesitation, Wagner stepped in to try and help save others. Wagner died in the attack but her legacy has lived on.

The lives of some teachers at Wagner, many of them veterans themselves, were shaped by that day.

Anthony Cristo was a Navy Corpsman, but also served in the 4th Light Armored Reconnaissance Marines.

“She died trying to help others get out of the Pentagon when it hit,” said Cristo. “It’s a tragedy that we lost her and at the same time, that was possibly part of the impetus for me to enlist in the military.”

“She died trying to help some people escape the fires at the Pentagon, sacrificing herself for others,” said Fenoglio. “And our students said, what that should mean to us is we should look beyond ourselves. How can we serve others? We want students to look beyond themselves to what their mission in life is. That’s what Karen Wagner means to me.”

“Coming to this high school was huge for me because of LTC Karen Wagner. It speaks volumes to my heart and every day I come in here, I always look at that picture of her and I say I got you because I want our kids to embrace what it is to be strong and to be able to persevere through all types of situations.”

In 2003, the Wagner Sports Center at Walter Reed was named in her honor, while the headquarters of the 32nd Medical Brigade at Joint Base San Antonio-Fort Sam Houston is named Wagner Hall.

And in 2004, the Judson Independent School District named its second high school in honor of LTC Karen Wagner, a local 9/11 hero.

“I’m glad they named the school after, but I wish they didn’t have to,” said Cristo. “I know that the way Karen died should be noted. But also her life is something that we should emulate and cherish.”

Copyright 2021 by KSAT – All rights reserved.