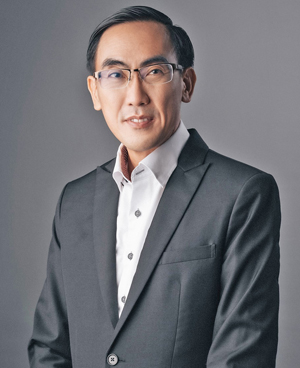 KUCHING: Global cybersecurity company Kaspersky has revealed its second quarter of 2021 (2Q21) mobile threat report for Southeast Asia (SEA) where it has monitored a 60 per cent uptick in the number of attacks using malicious mobile bankers detected and blocked in the region.

Overall, since the beginning of 2021, Kaspersky products have foiled 708 incidents across six countries in SEA. This is already 50 per cent of the total number of mobile bankers blocked in 2020 which was 1,408.

Indonesia and Vietnam logged the most number of incidents during the first half of the year.

However, globally, the two countries are not among the top 10 countries affected by this threat. Vietnam is only 27th and Indonesia is 31st as of June this year.

The five countries with most number of mobile banking Trojan detections in 2Q21 are Russia, Japan, Turkey, Germany, and France.

While the number of mobile banking Trojan attacks in SEA remains low, 367 incidents from April to June 2021 versus 230 detections during the same period last year, the continuing pandemic continues to force users to start using mobile payment systems.

“We are almost at the second year of the pandemic which has fast tracked the mobile payment adoption in the region at a breakneck speed,” Kaspersky’s Southeast Asia general manager Yeo Siang Tiong said.

“During the beginning of this health crisis, our survey already showed that majority of internet users here have shifted finance-related activities online, like shopping (64 per cent) and banking (47 per cent).”

The same survey revealed that seven in 10 (69 per cent) are worried about conducting financial transactions online and 42 per cent of the respondents admitted to being afraid about someone accessing their financial details through their devices.

In addition, another Kaspersky report titled “Making Sense of Our Place in the Digital Reputation Economy” discovered majority (76 per cent) of 861 respondents from SEA confirmed their intent to keep their money-related data away from the internet.

The sentiment is highest among Baby Boomers (85 per cent), followed by Gen X (81 per cent), and Millennials (75 per cent).

“Clearly, there is an awareness about the threats present when we do banking and payment transactions through our mobile phones. But there is still a gap between knowing and acting on it. So to help users from SEA embrace the power of their smartphone and also keep their finances safe, we suggest some practical tips but also encourage everyone to please look into using security solutions as a safety net in case they accidentally clicked a malicious link or downloaded a rouge mobile banking application.”

Some practical tips from Kaspersky which you can do to beef up your money’s safety online include getting a temporary credit card, dedicating a computer to online banking and shopping, using a dedicated email address, managing and protecting your online passwords and using a virtual private network (VPN).