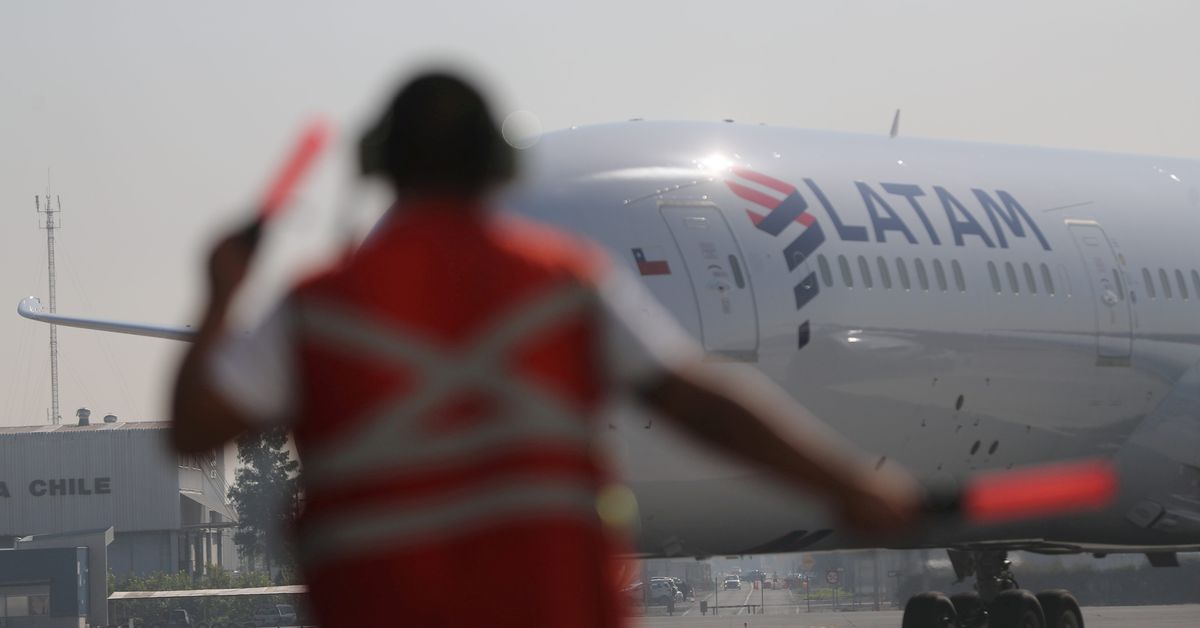 The company and law firm names shown above are generated automatically based on the text of the article. We are improving this feature as we continue to test and develop in beta. We welcome feedback, which you can provide using the feedback tab on the right of the page.

NEW YORK, Sept 9 (Reuters) – LATAM Airlines (LTM.SN) said on Thursday it has received several offers to fund its exit from Chapter 11 bankruptcy, each of which are worth more than $5 billion.

LATAM, the largest airline in Latin America, received the offers from creditors and shareholders, according to a filing with the U.S. Bankruptcy Court in New York City.

The Santiago, Chile-based company did not reveal the number of offers received or from whom they came, but Delta Air Lines Inc (DAL.N) is LATAM’s largest shareholder. Other shareholders include Qatar Airways, with a 10% stake.

LATAM, which also operates in Brazil, Colombia, Ecuador and Peru as well as having operations through Latin America, Europe, the United States and the Caribbean, only said in the filing the offers came from “its most significant claimholders and its majority shareholders.” It said negotiations for financing are ongoing.

LATAM filed for Chapter 11 bankruptcy protection in New York in May 2020 as world travel came to a halt amid the COVID-19 pandemic.

It hopes to accomplish by the end of the year the major tasks it needs to exit bankruptcy but may not formally exit by that time, according to a person familiar with the company’s thinking who asked not to be identified.

The financing proposals the airline has received each include a combination of new debt and equity, which would be backstopped by the creditors or shareholders making the offer, the company said. Each offer would likely result in the substantial dilution of existing shares, it said.

However, the source said LATAM has no intention of pursuing a sale of any of its business units.

The company also forecast in Chilean regulatory filings a return to pre-pandemic profitability and capacity by 2024, as well as a projected 13% increase in total revenue by 2026.

LATAM estimates the total claims filed in the bankruptcy will fall between $8 billion and $9.9 billion, according to the regulatory filing.

The company’s exclusive period to file a proposed reorganization plan expires on Sept. 15, but it filed a motion seeking an extension through Oct. 15. It will have the option to extend that deadline again by about a month if necessary.

LATAM has said it wants to grow its Boeing 787 Dreamliner fleet as part of its five-year business plan and expects to have a fleet of 28 by the end of 2021.

The airline’s overall fleet will decrease to 286 by the end of the year from around 340 before the pandemic. However, it expects to increase that amount back up to 331 by 2026.

In August, the company secured court approval to enter into lease agreements with Avolon Aerospace Leasing Limited and ORIX Aviation Systems for five Dreamliners made by Boeing Co (BA.N).

The company had $1.9 billion in liquidity as of July 31. It also has the option to tap additional financing approved earlier in the bankruptcy proceeding, including up to $750 million in secondary financing.

Maria Chutchian reports on corporate bankruptcies and restructurings. She can be reached at maria.chutchian@thomsonreuters.com.