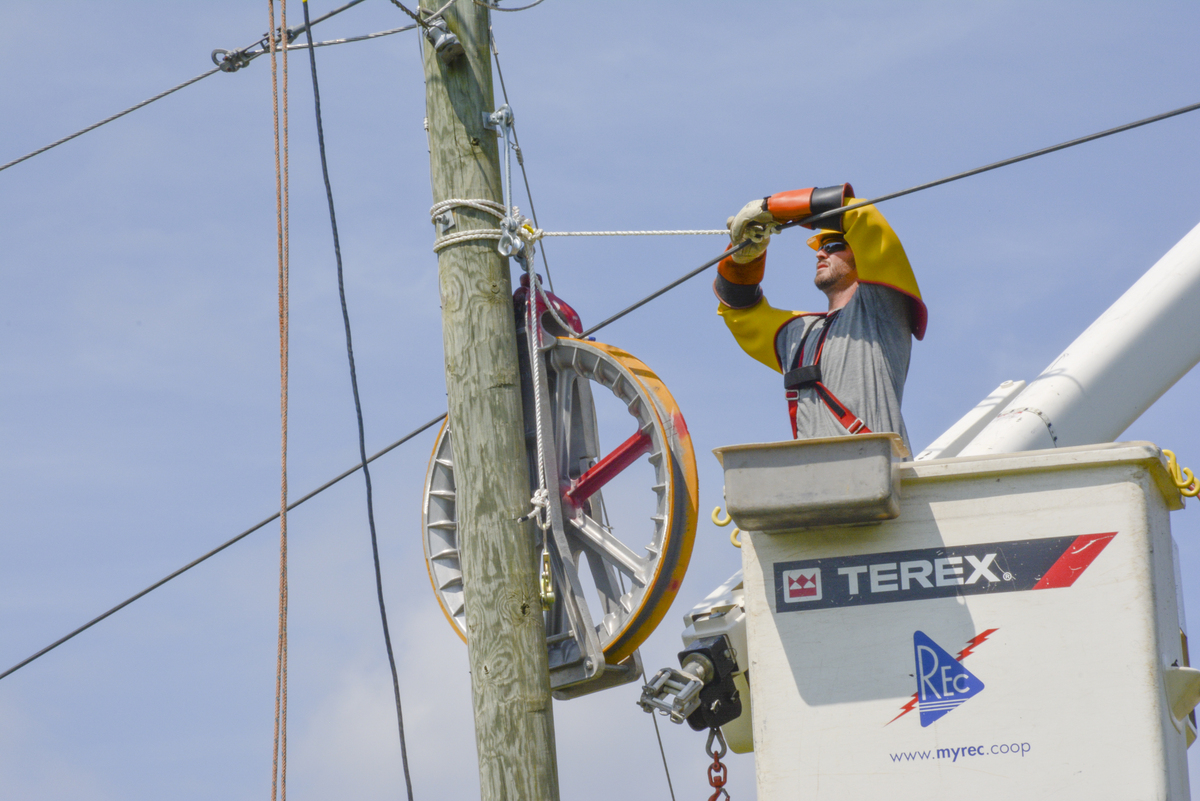 Supporters call it a commonsense way to get broadband internet into more homes in rural Virginia. A Culpeper County couple calls it an unconstitutional infringement on their property rights.

The fight, which has already halted an $600 million broadband expansion project, does not appear to be going away anytime soon.

At issue is a 2020 law allowing electric and communications utilities to string fiber along their existing poles, lines and conduit — an extensive network of infrastructure that already cuts through the far-flung mountains, fields and woodlands where the state is hoping to get residents and businesses hooked up to high speed internet by 2024.

The legislation allows the utility companies to sidestep the trouble and expense of negotiating with property owners along the routes, who otherwise would be entitled to compensation for the additional use of their property, even if it’s just a new strand of wire on a pole that’s been there for decades.

The law passed with near unanimous, bipartisan support, but when the Rappahannock Electric Cooperative attempted to invoke the provisions, it got hit with a lawsuit by the owners of a farm in Culpeper County, John and Cynthia Grano.

The land, where the couple raises horses and cattle, is bisected by two electric transmission lines and one local distribution line. It is also home to one electric substation.

“This is a corporate greed issue,” said John Grano in a phone interview, arguing utilities are taking advantage of widespread support for broadband expansion to eliminate a business cost at the expense of landowners. “We can’t get so caught up with progress that we allow the government to start to trample over property owners.”

Grano said he was open to negotiating a fair price with the cooperative when they approached him last year offering $5,000. But he said the talks ended when the company noted that under the new law, they would not have to offer him any compensation when it went into effect in July.

The cooperative, which unsuccessfully sought to have the case dismissed in federal court, did not respond to an email seeking comment. But in a news release earlier this year, they said the lawsuit had prompted them to drop plans for what they described as an $600 million residential broadband initiative.

“The inability for REC to use its existing rights-of-way (easements) would dramatically impact the planned broadband project’s financial feasibility,” the member-owned cooperative wrote. “This federal lawsuit illustrates the need for policymakers and courts to provide clarification of the laws and policies needed in order for cooperatives and others to be able to facilitate solutions that will bridge the digital divide.”

Attorney General Mark Herring announced late last year he was intervening in the case to defend the state law, describing internet access as a basic need that’s only grown more important amid the pandemic. “Transitioning to an almost exclusively online lifestyle has really highlighted just how critical rural broadband access is,” he said in a statement. “This is why I’m fighting to defend this important policy in court, because we need to make rural broadband access a top priority throughout the Commonwealth.”

But the efforts of the state and the electrical cooperative to bat down the lawsuit have so far been unsuccessful.

The cooperative had argued that because it never actually installed the fiber, exercising its rights under the law, that the Granos had suffered no harm and the case should be dismissed.

Federal District Judge Norman Moon disagreed in a ruling last month, writing that “When the law became effective, the Granos suffered an impairment to their contractual rights under their 1989 easement agreement with REC.”

“Whether REC exercised the right conferred upon it under the statute is beside the point. Significant in this case, is that, as alleged in the complaint, the law stripped the Granos of a paramount property right, altered their contractual agreement with REC, and failed to provide adequate post-deprivation remedies.”

The case is advancing and Granos’ lawyers at the Norfolk firm Waldo & Lyle, which described the new state law as an “unconstitutional broadband boondoggle,” say they hope it will be heard by the end of the year.

“The Fifth Amendment says the government can’t take property without just compensation,” said Joshua Baker, a lawyer with the firm. “To them it’s a constitutional principle to the right to private property.”

Rappahannock Electric Cooperative, meanwhile, has framed its plans as a benefit to the entire community.

How much of a setback the legal challenge presents to the state’s goal of achieving universal broadband coverage by 2024 remains to be seen. Gov. Ralph Northam’s broadband czar, Evan Feinman, declined to comment on the lawsuit, called utilities “incredibly important partners” in the state’s plans.

“We certainly can’t get the job done without the electric coops, so anything that makes their job harder is just going to slow down and make more expensive the goal of universal broadband connectivity,” he said.

For his part, Grano, a newspaper editor who has long telecommuted, said he too recognizes the importance of broadband expansion. He says he just doesn’t want to lose any of his property rights in the process.

The problem of slow internet speeds, however, became less urgent for him recently. He says he signed up for high-speed satellite internet through Elon Musk’s Starlink.

“I need broadband, but I think I got it now,” he said. “I think Elon Musk solved my problem. And he didn’t take anything from me.”