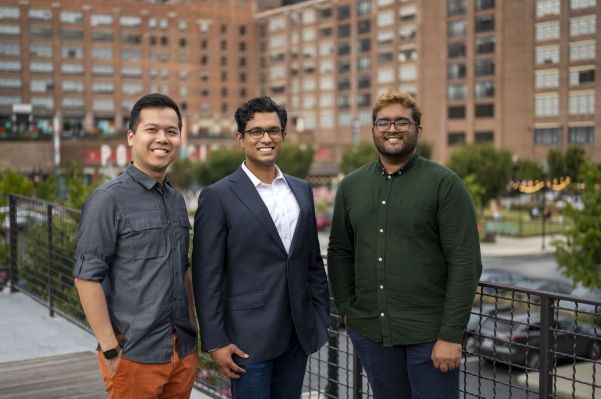 When Anik Khan graduated from college, his first job was working on credit cards and business expenses at Accenture. There, he found that someone could bring in a couple of thousand dollars just by having the right credit cards and following the rewards and promotions.

It was back in 2017 when he and David Gao got the idea for his company MaxRewards, a digital wallet app that manages credit cards and automatically activates benefits like rewards, cashback offers and monthly credits. It also makes recommendations at the point of purchase on which card would yield the best reward for that purchase.

Going after the some 83% of Americans that have a credit card, the app version was officially launched in 2019, and now the Atlanta-based company is announcing a $3 million seed round co-led by Dundee Venture Capital and Calano Ventures. Also backing the company are Techstars, Fintech Ventures Fund, Service Provider Capital and Fleetcor president Nick Izquierdo.

Tracking his own credit cards manually prior to MaxRewards, Khan recalled in one year, getting $16,000 in rewards. However, utilizing those benefits was time-consuming and difficult, because the rewards and savings aren’t always made evident by the credit card companies.

“Other companies have tried to do something similar, but the issue is you don’t have the reward information or the offers,” Khan told TechCrunch. “If you were to aggregate this information, you still would have to activate all of these things and use them before they expired.”

Users connect their accounts and when they make a purchase, their location is cross-referenced with the merchant and an algorithm is applied to tell the user which card to use. The average app user has six credit cards.

MaxRewards is free to download and use, and the majority of the app’s functionalities are free. Users who want additional features, like the auto activation or rewards, can join MaxRewards Gold and are given the opportunity to choose their own monthly price — the average is over $25 per month — based on the value they expect to gain, Khan said. 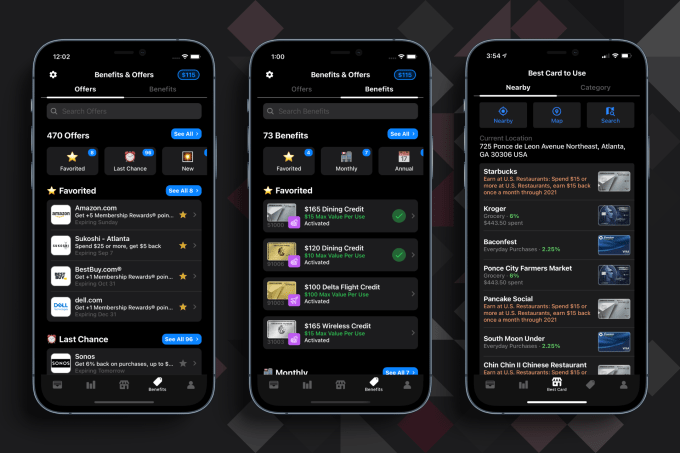 Ron Watson, partner at Dundee, said his firm invests in seed-stage companies between the coasts and is interested in consumer and e-commerce companies. Watson said he was impressed with what MaxRewards has been able to do with a team of three. He also relates to the company’s mission, having grown up in a lower, middle-class family that did not frequently go on vacations.

When he got his first job and was suddenly flying everywhere, he recalls building up so many rewards to the point where he was able to go on a vacation to Hawaii and only spend maybe $100, he said.

“I used to put my points into a spreadsheet, but as I got older and had kids, I realized how hard it was for the average person to do that and how important it is to have automation,” Watson said. “I downloaded the app, and on the first day, saved $20.”

The company is often compared to NerdWallet or Mint, but in terms of functionality, Khan said he feels MaxRewards is unique due to its credit card system connectors. Rather than rely on third-party aggregators to discover the rewards, MaxRewards leverages its own proprietary connectors to card systems.

There are hundreds of thousands of offers to be discovered, and consumers are asking for even more features, so Khan decided it was time to go after seed funding. He had raised a small seed, about $200,000, from his time at Techstars, but the new funding will enable him to add to his team of three people. He expects to be at 20 by the end of the year. Khan also wants to accelerate its user acquisition, product improvement and compliance.

Next up, the company is going to automate rewards and savings across additional platforms like debit cards, payment apps and cashback apps, as well as create browser extensions and a web app. Khan also wants to do more on the education side with regard to using credit cards in a smart manner.

Arron Solano, managing partner at Calano, met Khan through Techstars and said he is an advocate for using credit cards in the right way. His firm was looking for a company like MaxRewards.

“During our first call, I remember telling my partner that Anik was a bulldog who knew what he was talking about, especially at that stage,” Solano added. “He had strong team members, his vision lined up well and that checked off a massive box for us. He energized us and showed he could find a market with insanely high ‘super users.’ ”