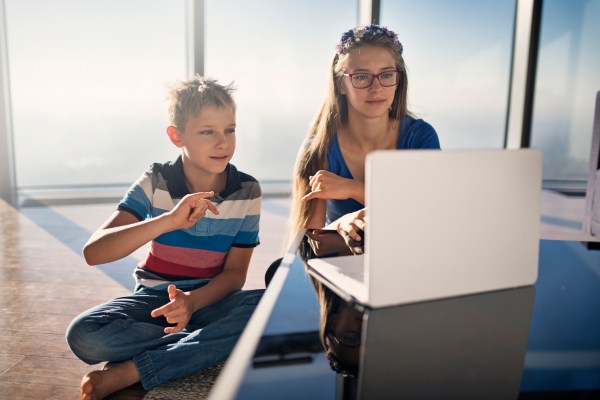 Microsoft said in January this year that Teams, its online collaboration platform, was being used by over 100 million students — boosted in no small part by the Covid-19 pandemic and many schools going partly or fully remote. Now, it’s made another acquisition to continue expanding its position in the education market.

The company has acquired TakeLessons, a platform for students to connect with individual tutors in areas like music lessons, language learning, academic subjects and professional training or hobbies, and for tutors to book and organize the lessons they give, both online and in person.

Terms of the deal have not been disclosed but we are trying to find out. San Diego-based TakeLessons had raised at least $20 million from a range of VCs and individuals that included LightBank, Uncork Capital, Crosslink Capital and others. TakeLessons posted a short note in the form of a Q&A confirming the deal on its site. The note said that it will continue operating business as usual for the time being, with the intention of taking its platform to a wider global audience.

It’s not clear how many active students and tutors TakeLessons had on its platform at the time of acquisition, but for some context, another big player in the area of online one-to-one tutoring, GoStudent out of Europe, raised $244 million in funding earlier this year that valued it at $1.7 billion. Others in online tutoring like Brainly are also seeing valuations in the hundreds of millions.

Given the relatively modest amount raised by TakeLessons, it’s likely this was a much lower valuation. Yet the acquisition is still one that gives Microsoft the infrastructure and beginnings of setting up a much more aggressive play in mass-market online education, potentially to go head-to-head with these and other big platforms.

TakeLessons today offers instruction in a wide variety of areas, including music lessons (which was where it had gotten its start) through to languages, academic subjects and test prep, computer skills, crafts and more. It has been around since 2006 and got its start first as a platform for people to connect with tutors local to them for in-person lessons, before progressing into online lessons to complement that business.

The pandemic has precipitated a shift to a much bigger wave of the latter, with online tutoring apparently the majority of what is offered on TakeLessons platform today. These lessons continue to be offered on a one-on-one basis, but additionally students can take part in group lessons online via the startup’s Live platform.

The shift to online education that we’ve seen take hold around the world is likely why Microsoft sees a big opportunity here.

On the heels of many schools around the world scrambling for better online learning platforms to manage remote learning during lockdowns and quarantines, educators, families and students have been using (and paying for) a variety of different tools. Within that, Microsoft has been pushing hard to make Teams a leader in that area.

That was built on years of traction already in the market (and a number of other investments and acquisitions that Microsoft has made over the years).

But it also comes amid a new insurgence of competition arising from the current state of affairs. That includes adoption of Google Classroom, as well as a wide variety of more targeted point solutions for specific purposes like video lessons (Zoom figures big here); apps for lesson planning and homework planning; online on-demand tutorials in specific areas like math or languages or science to bolster in-class learning experiences; and more.

The Microsoft way is to bring as many features into a platform as possible to make it more sticky and less likely that users will turn to other apps, providing more value for money around the Microsoft offer. In other words, I’d expect to see Microsoft do more deals and launch more features to cover all of the services that it doesn’t already provide through its educational tools.

(Case in point: my children’s school uses Teams for online lessons, in part because it already uses Outlook for its email system. Now, the school has announced that it will no longer be using a different third-party app for homework planning; instead, teachers will be assigning homework and managing it via Teams. For a cash-strapped state school like ours, it makes sense that it would opt out of paying for two apps when it can get the same features in just one of them. The kids are not happy about this! This is what Microsoft leverages with its platform play.)

NextLessons is somewhat adjacent to that school-focused education strategy. Yes, there will be a big audience of students and their families who might represent a good cross-selling opportunity for tutoring, but NextLessons represents also a more mass-market offering, open to anyone who might want to learn something, not just those already using Microsoft Education products.

So the interest here is likely not just students who want to supplement their online learning — there is a big audience for online tutoring — but any lifelong learner, as well as the many consumers or professionals out there who have gotten interested in learning something new, especially in the last 1.5 years of spending more time alone and/or at home.

And with that, there are other potential opportunities for NextLessons in the Microsoft universe.

Just yesterday, Microsoft CEO Satya Nadella and Ryan Roslansky, the CEO of Microsoft-owned LinkedIn, held an online presentation about what work will look like in the future. Education — specifically professional development — figured strongly in that discussion, with the conversation coinciding with LinkedIn launching a new Learning Hub.

LinkedIn has not only been working for years on building out its education business, but it has also long been looking for a more sticky inroad into doing more with video on its platform.

Something like NextLessons could, interestingly, kill those two birds with one stone. While LinkedIn’s education content up to now has not been something specifically tied to “live” online lessons, you could imagine a bridge between Microsoft’s latest acquisition and what LinkedIn might consider next, too.