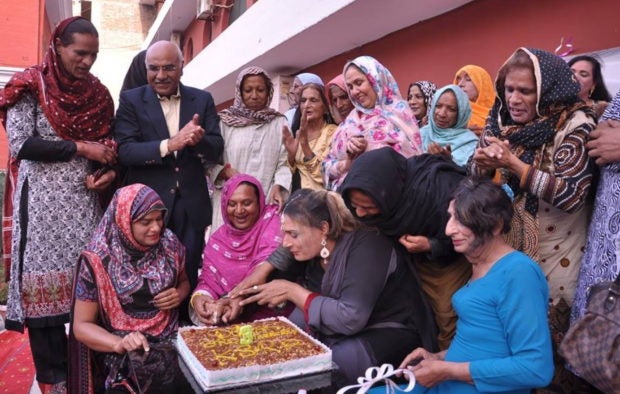 GOD SEES PURITY IN OUR INTENTIONS: Aside from offering zero-interest loans to the poor, the microfinancing program Akhuwat set up in 2001 by Dr.Muhammad Amjad Saqib provides education and health assistance, livelihood training and other outreach services for vulnerable sectors, including transgenders. —PHOTO COURTESY OF RAMON MAGSAYSAY AWARD FOUNDATION

MANILA, Philippines — Twenty years ago, a poor widow tried her luck at getting a loan by approaching Mohammad Amjad Saqib.

Saqib, then the general manager of the state-run Punjab Rural Support Program, could still recall how her inquiry went inside his office in Lahore, Pakistan.

Islamic law prohibits interest on loans, but it’s not just this religious injunction that has shaped Saqib’s thinking about microfinancing as a way to lift families out of poverty.

His newfound “sister” that day thus left his office with a heavy load lifted off her chest, securing a loan which she vowed to pay in six months. Saqib later learned that she bought two sewing machines with the money, earned enough to send her children to school and generally banished hunger from her household.

She did return the $100 on time, now calling it “blessed money,” which she hoped could be lent right away to another person in need.

Saqib said that encounter with the widow — one who kept her dignity and resolve not to beg despite her plight — planted the seed for a personal mission that continued long after he had left the Pakistani civil service.

He is highly regarded today as the founder of Akhuwat, a nonprofit microfinance organization whose impact on nearly five million people has earned international praise, from Queen Elizabeth II to the Crown Prince of Dubai.

The latest applause comes from the Philippines: Saqib is one of this year’s five recipients of the Ramon Magsaysay Award, the Asian equivalent of the Nobel Peace Prize.

The Ramon Magsaysay Award Foundation (RMAF) is honoring Saqib for his “intelligence and compassion that enabled him to create the largest microfinance institution in Pakistan; his inspiring belief that human goodness and solidarity will find ways to eradicate poverty; and his determination to stay with a mission that has already helped millions of Pakistani families.”

Akhuwat operates based on the Islamic tenet of “Mawakhat.” Simply put, Saqib said, it was like having a loaf of bread but with the willingness to give half of it to another “rightful” owner —a person who has none.

Based in Lahore, Akhuwat’s offer of interest-free microcredit to the poor made it the first of its kind in Pakistan. Since its foundation in 2001, it has disbursed 140 billion Pakistani rupees (around $900 million) in loans to 4.8 million beneficiaries, with a 99.9-percent repayment rate. 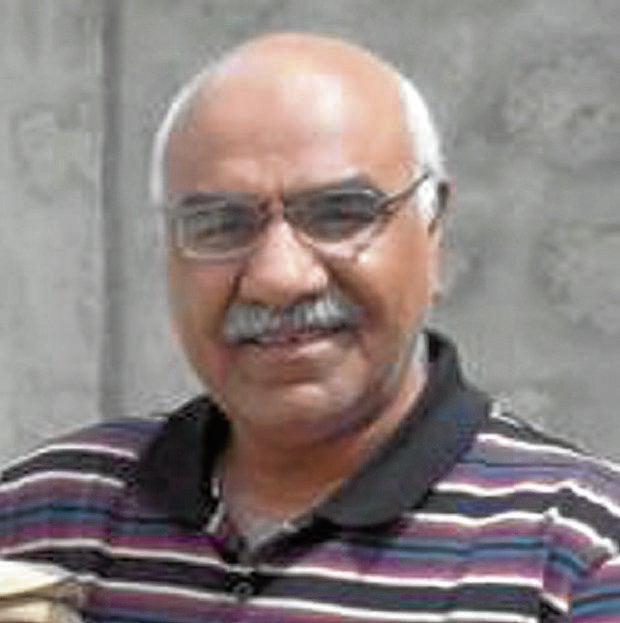 It has also expanded its social support programs by “adopting” neglected or underfunded public schools. It has established four colleges and will soon open a university for children of low-income families.

Its health services program has provided free treatment for about half a million diabetes and hepatitis patients. Its “clothes bank” has handed out some 3 million articles of clothing to the needy.

When the coronavirus pandemic struck, Akhuwat was there for people who could not immediately receive aid from the government, handing out food bags, masks and supplies to hospitals, and offering psychological counseling.

All these have made Akhuwat definitely something more than a money lender.

“It is a movement to improve the conduct and character of the people. It is a transformation of the mind-set, an attempt to create a mutual support system. We are different from conventional microfinance in the sense that we don’t see microfinance as an industry or business,” he said in a recent interview arranged by RMAF.

Borrowers, he said, are made to feel like “family members” and part of a “virtuous cycle” of people paying it forward. Once they start paying the loan, they see Akhuwat as “our organization,” worthy of continued support hence they “will not let it down,” he said.

It was therefore no surprise that Akhuwat’s repayment rate remained high despite the pandemic, unlike the case of other, more “conventional” microfinance programs in Pakistan.

Akhuwat also links up its beneficiaries with “skill-imparting” partners to help them make the most out of their loans by learning a new trade. These partners — mostly entrepreneurs willing to share knowledge and best practices—were once borrowers themselves.

“The whole system is based on two assumptions—that there is no dearth of people who want to give, and that poor people are not beggars or thieves. If you trust them that they will give the money back … Maintaining 99-percent recovery validates our assumption that people are honest,” Saqib said.

“Why should I assume that somebody on the street is lying to me, unless he proves that? It’s a kind of a reformative movement that we want to rekindle the spirit of hope and trust,” he added.

In his view, Akhuwat’s success can be replicated in other countries, regardless of religion, “because it believes and stands on virtue. That somebody is willing to help somebody and somebody is reciprocating, that’s virtue. We just need an institution which can galvanize the whole philosophy.”

“Societies only flourish when there is love … The problem is the rich are living at a distance from the poor. There are two types of societies in every society. One where the rich live and one where the poor live. They are oblivious of each other, so we are trying to bridge the gap.”

Don’t miss out on the latest news and information.