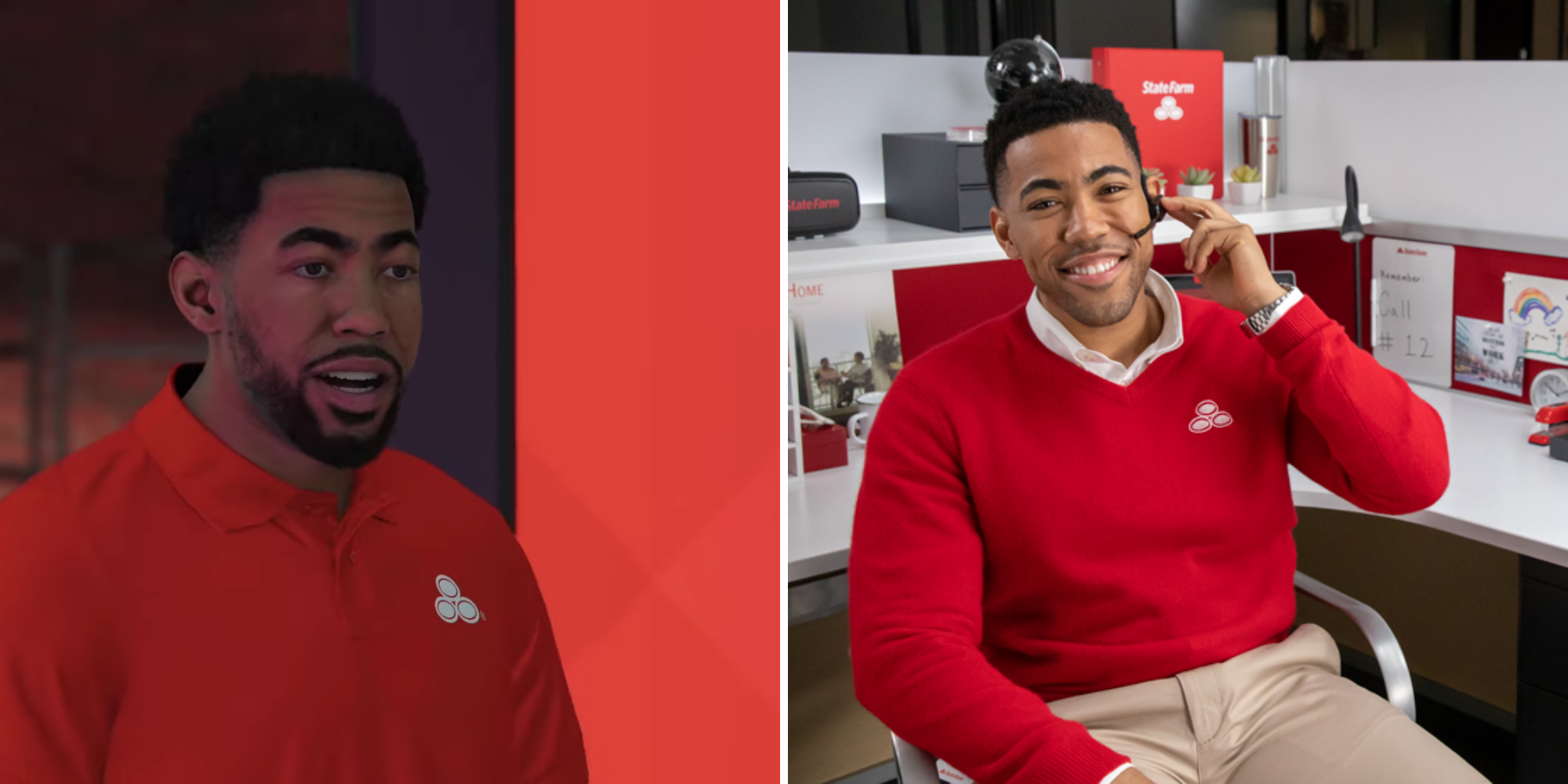 NBA 2K22’s in-game State Farm advertisement is going viral for how blatant it is, and how much it misunderstands drip.

Much like previous NBA games, NBA 2K22 features the MyCareer mode that allows players to create their own character and have their own basketball journey. During this mode, the player is able to roam around open areas and complete quests, as well as training up their character with mini-games.

One quest in MyCareer has the player tasked with talking to State Farm Jake, a character from an insurance company advert in America. Although the character from the famous version of the advert has been recast in recent times, the current version of Jake is the version we see in NBA 2K22, and has seemingly been motion captured with the same actor.

State Farm Jake then says, “can’t join Team State Farm without the drip, right?”, which has many laughing when the drip in question is a pair of khakis and a red sweater with an insurance company logo on it. The player then incredibly enthusiastically and not fake at all reacts to State Farm Jake saying his signature catchphrase. Beautiful.

For anyone who keeps up with NBA 2K and real-life basketball, it probably shouldn’t come as too much of a surprise to see State Farm in the game. State Farm is a big advertising partner for American sports like NFL and NBA, and previous NBA games have had advertisements that are apparently just as obvious. Bet they didn’t have such hot drip though.

Next: 20 Years Later, EA Sports BIG Is Still The Best Thing EA Has Ever Done

NoSkyrim mod was only out for two days before being removed from Nexus Mods.

George is a news editor for TheGamer, and a life-long Kingdom Hearts fan. He’s notorious for caring far too much about games that no-one else is fussed about. He tries, bless him.