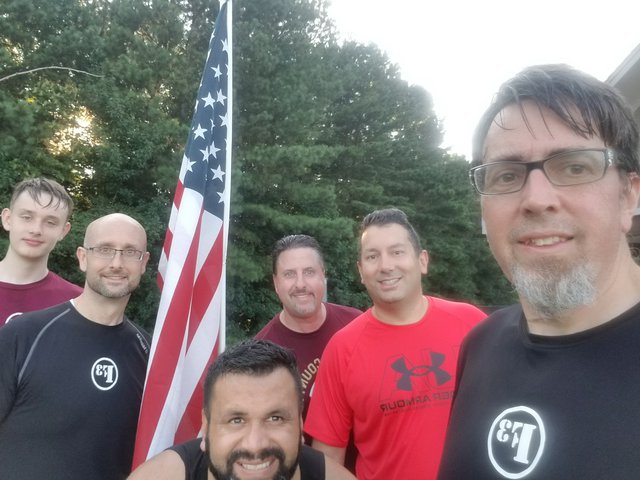 “How are you doing?” Eversole said. “What are you struggling with? Is it physically, is it mentally, is it emotionally?” And we’ll call each other out if we feel like somebody’s not doing what they need to, in all aspects of our lives. We’ll say a prayer, encourage one another, and then go into fellowship from there.”

Though the fellowship is where F3 wants to see the group go, Eversole said that fitness is just as important of a part and is not always the easiest.

F3 also encourages the men who have attended the group for several sessions to begin leading workout classes, so that they can grow in their leadership skills as well.

“There’s value and need for men to be encouraged, men to become the leaders and push ourselves again, starting physically, and then going from there, mentally, emotionally, even spiritually on down the road,” Eversole said. “And there was a big need for that, because to be completely honest, and I’ve struggled with this too…men need to lead more.”

Overall, Eversole said he brought a group to Dawsonville to encourage his neighbors and friends to grow in their confidence while growing their fitness levels.

“The gist of it is to invigorate men in leadership,” Eversole said. “It’s basically an accountability group/leadership group for men that has been around for about 10 years, but it’s a great place for fellowship of men, encouragement. We’ll push each other physically, mentally and emotionally.”

The group currently meets Saturday mornings at Main Street Park, starting at 7 a.m. F3 in Dawsonville is currently only for men but F3 as a whole has a sister group called Females in Actions. Learn more at www.fianation.com