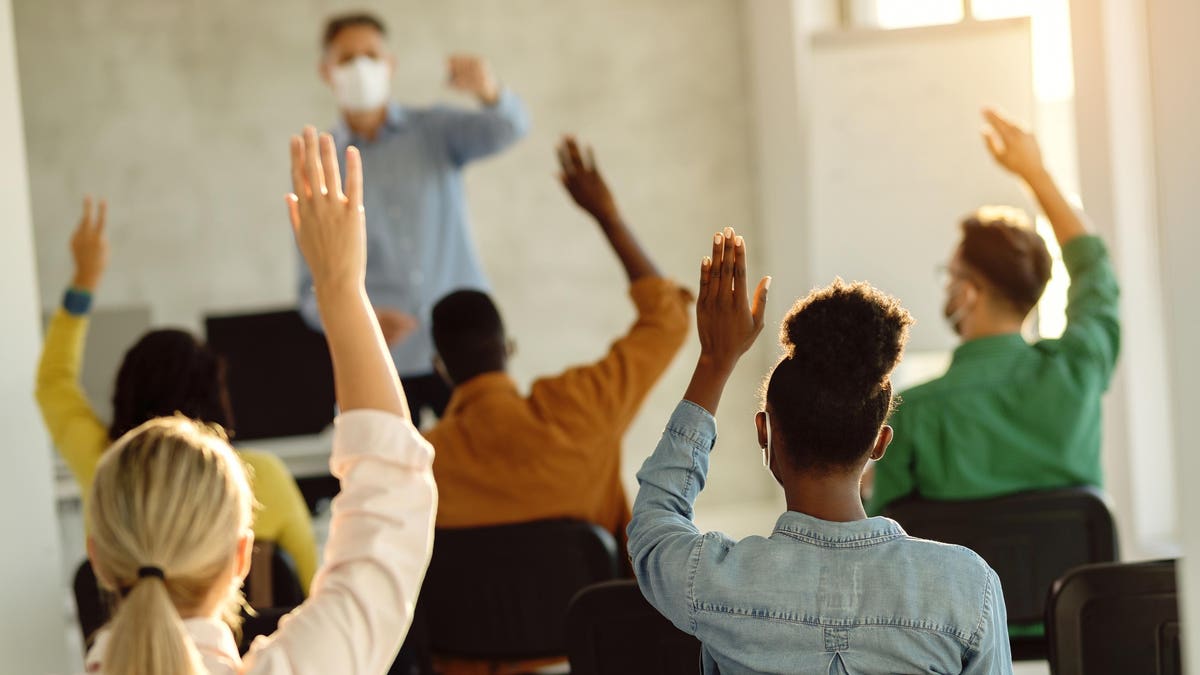 Classes like geometry, biology and—increasingly—personal finance fill the average teenager’s high school schedule. Nonetheless, access to quality financial literacy courses remains uneven in the U.S., and fewer than half of states require them for graduation.

The Charles Schwab Foundation hopes to bridge the gap with an ambitious program announced today that plans to make personal finance courses available to every middle and high school in the U.S. by 2025—for free. The charitable arm of the Texas-based brokerage behemoth (it has $7.6 trillion in assets under management) will run the program, dubbed Moneywise America, aiming to train up to a quarter of Schwab’s 32,500 U.S. employees as volunteer instructors.

Designed in concert with a variety of organizations that set teaching standards and advocate for access to personal finance courses, including the Council for Economic Education (CEE) and Jump$tart Coalition, Moneywise America’s 22 hours of curriculum runs the gamut from budgeting and saving to responsible long-term investing, says Carrie Schwab-Pomerantz, president of the Charles Schwab Foundation and daughter of the firm’s eponymous billionaire founder.

“We’re in a time where there’s not economic parity, and there are a lot of social issues that we’re confronting today as a country,” observes Schwab-Pomerantz. “We want to be part of that solution, and we think financial literacy is a great equalizer.”

This isn’t the foundation’s first foray into financial literacy: it partnered with the Boys & Girls Clubs in 2003 to create a personal finance course that has since reached more than one million teens, for example. So far this year, Moneywise America has accounted for about 30% of the Charles Schwab Foundation’s overall giving toward financial literacy, and as the program grows, the organization expects it to become its largest financial literacy investment. As early as 2022, schools will be able to start requesting resources (including Schwab volunteers to teach the curriculum) through a dedicated website. The program will also be available to nonprofits—for example, Moneywise America is partnering with the Girl Scouts to expand financial literacy programs beginning in late 2022 for members in grades K-12.

When teens learn about personal finance, it can have a positive impact on their future financial wellbeing, confidence and ability to deal with student loans and money emergencies, says Annamaria Lusardi, a professor of economics and accountancy at the George Washington University School of Business in Washington D.C. and founder of the school’s financial literacy center.

“The findings are very clear, that we know financial education does work for a variety of behaviors in young people,” Lusardi emphasizes.

Currently, only 21 states require that high school students take a personal finance course to graduate, according to CEE’s latest nationwide survey, published in 2020. Lusardi supports more expansive personal finance education requirements, adding that exposure to this type of learning has traditionally been reserved for young people with wealthy, well-educated parents who instilled financial principles early on.

The public seems to agree. More than 80% of Americans think high schoolers should take personal finance courses, per a survey published last month by the National Financial Educators Council. Yet most states fail to teach the subject well. A recent analysis by the American Public Education Foundation asserted that two-thirds of states (35 states including Puerto Rico and Washington D.C.) earned grades of “C” or less for financial literacy instruction, with just 17 states earning grades of “A” or “B.” Moneywise America’s curriculum and volunteer instructors will be available free of cost to schools and nonprofits, which could help fill that persistent gap between intent and execution.

Investing in particular remains a popular subject for students, though questions about Robinhood have begun popping up over the last year, according to Shahar Ziv, founder of Acing Your Finances, a financial wellness company that partnered with the Harvard University Employees Credit Union in 2011 to offer an annual personal finance management course.

“The topic that students are most interested in is investing, as gauged by attendance and demand for workshops on that topic,” says Ziv, a Forbes contributor.  “But in order to have money to invest and to do so smartly, they need to first learn the basics, such as budgeting, saving and financial planning.

While the Charles Schwab Foundation operates independently from the brokerage from which it derives its name (and funding), Moneywise America might have the added benefit of attracting the next generation of smart, well-prepared investors.

“The ultimate success is if they become financially competent and confident, because that will lead to financial security,” says Schwab-Pomerantz. “Whether they come to Schwab or Fidelity, that’s their choice. We’re just trying to give them the foundational information, so that they can make wise choices for their future.”