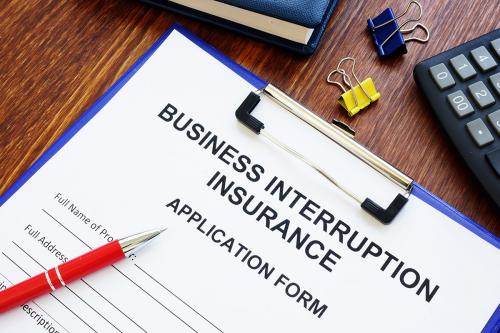 Last week, the United States District Court for the Eastern District of New York issued a coverage opinion reinforcing the broad duty to defend insurance companies owe their policyholders under New York law.1 In this coverage dispute, an additional insured under the applicable policy, Axis Construction Corp. (Axis), sought a declaration that Travelers Insurance Company of America (Travelers) owed a duty to defend and indemnify Axis in an underlying personal injury lawsuit brought against Axis by a subcontractor’s employee.

Axis was the general contractor for a New York construction project and hired subcontractor American Wood Installers (AWI) for millwork installation. The subcontract required AWI to obtain commercial liability insurance coverage that included Axis as an additional insured on a “primary and noncontributory” basis “for claims caused in whole or in part by the [s]ubcontractor’s negligent acts or omissions.”2 The subcontract also stated that the “[s]ubcontractor shall not be held responsible for conditions caused by other contractors or subcontractors.”3 The policy contained a “Blanket Additional Insured (Contractors)” endorsement that made Axis an additional insured “to the extent that [] injury or damage is caused by acts or omissions of [AWI] in the performance of [AWI’s] work” pursuant to its subcontract with Axis.4

After an AWI employee tripped on unsecured Masonite sheets (flooring protection) on the job site, he commenced a personal injury lawsuit against Axis, among others. The employee did not name AWI as a defendant, and the facts alleged suggested a different subcontractor’s negligence caused the injury. Nevertheless, Axis filed a third-party complaint against AWI alleging AWI was proximately responsible for the injury. Axis sought a defense from Travelers as an additional insured under AWI’s policy. Travelers refused, and Axis filed suit.

The District Court’s analysis highlights that “[i]n New York, an insurer’s duty to defend is ‘exceedingly broad’ and distinct from the duty to indemnify.”5 The court found that Travelers “unquestionably” owed Axis a defense despite extrinsic evidence suggesting that the injury was “wholly divorced from any work performed by AWI” and the absence of any allegations in the underlying personal injury complaint that AWI or its work contributed to the employee’s injury.6

The District Court explained that while the “underlying complaint is the significant and usual touchstone for determining an insurer’s duty to defend, [] its allegations are not controlling.”7 The insurer must also consider the insured’s responsive pleadings, including any third-party complaint brought by the insured in the underlying action.8 The court held that because “Axis’s verified third-party complaint against AWI assert’s AWI’s carelessness, recklessness, and/or negligence … was the proximate cause” of the employee’s injuries, Travelers owed Axis a defense.9 The Court explained: “It does not matter if Axis’s theory may be untenable, baseless, or false; the duty to defend still arises.”10

The Eastern District of New York’s decision in Axis reinforces established New York law requiring insurance companies to look beyond the underlying complaint to determine the duty to defend. Extrinsic evidence, such as third-party complaints filed by the insured itself, can even trigger the duty to defend. This liberal construction of the duty to defend should provide policyholders with business in New York peace of mind that their insurance companies can be made to defend them no matter how unartful the underlying pleading if the policyholder files a third-party complaint with allegations that trigger coverage. The decision also underscores the importance of confirming one’s business partners comply with additional insurance requirements in contracts. Properly maintaining files, including subcontracts and communication confirming compliance with the terms and conditions of such contracts, can be instrumental in obtaining coverage. Contractors that require subcontracts to name them as additional insureds, confirm they have done so, and preserve the relevant documentation to prove additional insured status will serve themselves well.