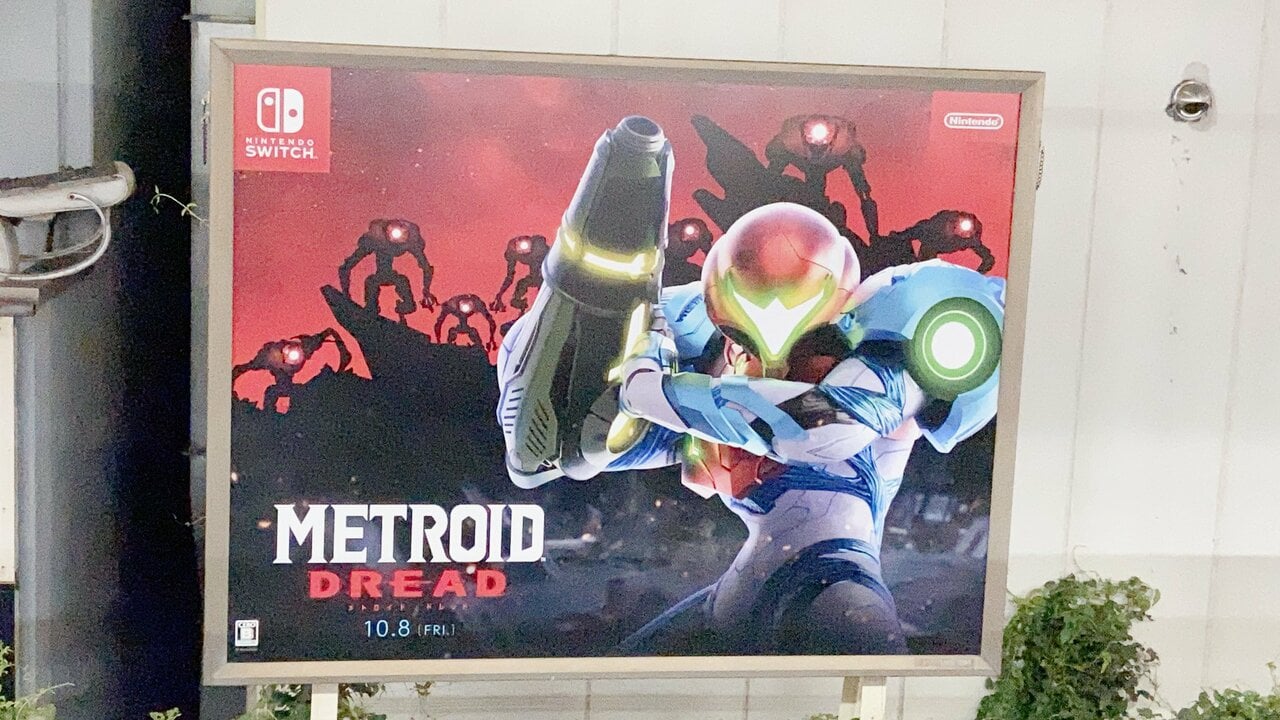 Nintendo has been criticised in the past for not giving the Metroid series enough spotlight compared to certain other franchises, but it seems things will be different this time around.

Ahead of the release of Metroid Dread next month, Nintendo is rolling out the red carpet for its intergalactic bounty hunter. In addition to all of the trailers, reports and social media posts it’s released so far, the company has also gone to the extent of throwing up gigantic Switch ads at train stations in Tokyo:

While it might not seem like much, keep in mind this is Metroid we’re talking about here. Seeing Samus instead of Super Mario, Link or Animal Crossing is a big deal, and it’s great to see Nintendo giving the conclusion to the original Metroid saga the attention it deserves.

It seems the new entry for Switch is already on track to become possibly the best-selling Metroid game to date – with the title topping Amazon and other pre-order charts just days after it was announced. And with Metroid Prime 4 still on the way, Samus’ resurgence is likely to only get bigger and better.

Do you think Nintendo has done enough for Metroid Dread ahead of its release? Will you be picking up Dread when it arrives on the Switch on October 8th? Show your support in the comments below.