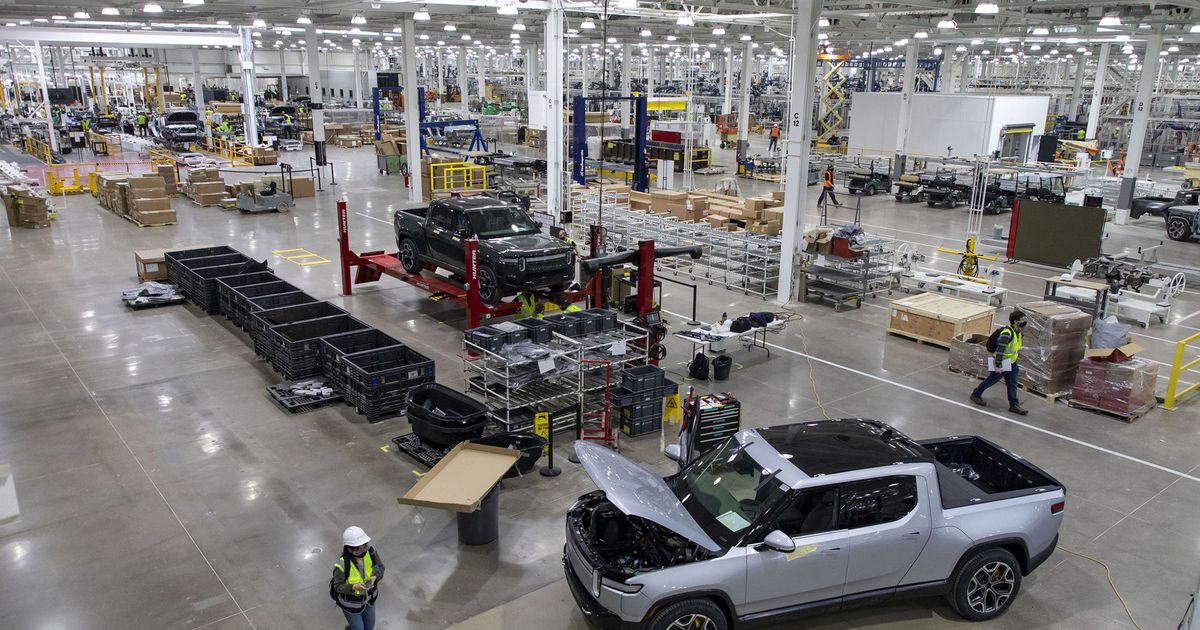 Texas is eager to build electric vehicles, but will it work with emerging manufacturers that don’t want to sell through the state’s storied dealership industry?

Electric vehicle startup Rivian Automotive was pushing lawmakers to let it be its own dealership before it was known that the manufacturer was considering building a $5 billion plant in Dallas-Fort Worth.

In the first six months of this year, Rivian spent up to $300,000 to employ four lobbyists for this year’s legislative session, according to lobbyist registration information filed with the Texas Ethics Commission.

In May, the company backed a bill proposed by 37-year-old Republican Rep. Cody Harris. The bill, House Bill 4379, would have allowed consumers to buy battery-powered or electric vehicles directly from a manufacturer that never had franchised dealerships in the state. The bill would have accommodated the preferred sales methods of Rivian and other EV makers like Tesla.

Harris sold the bill as opening the door for economic development and job creation in Texas for the electric vehicle industry. Tesla’s sprawling $1.1 billion plant near Austin is nearing completion and will produce the company’s electric SUVs.

But the bill fizzled without a vote in either chamber. Committee members pushed back against the idea of a carve-out for electric vehicle companies, defending the state’s long-established dealership model.

Under current Texas state laws, it is illegal for manufacturers to sell cars directly to consumers and state lawmakers won’t meet again until 2023 to consider new laws.

Fort Worth was revealed this week to be a finalist for Amazon-backed Rivian’s next large production plant that would create at least 7,500 jobs. If the EV maker ultimately chooses Fort Worth, it would be one of the largest economic development projects in Texas history, according to the city.

The prospect renewed questions about whether EV companies like Rivian will continue to look to Texas as a place to do business if existing laws rule out the companies’ preferred sales model. Most states have laws in place preserving dealerships’ right to sell vehicles, but at least 10 states saw legislation introduced this year attempting to change that.

The car dealership industry is as old as the assembly line technology that allows mass production of cars. But new electric vehicle players, spearheaded by Tesla and Elon Musk, are looking to upend the traditional vehicle sales and maintenance architecture enshrined in many state laws, vying instead for full control over all aspects of sales as is permitted in other industries. Tesla also backed this session’s failed bill in Texas.

EV startup Canoo, which recently passed up Texas for Oklahoma while hunting for its next manufacturing site, even plans to develop an app-based ecosystem in which the company would help facilitate the resale of its vehicles.

Like Tesla, Rivian plans to sell its electric trucks, SUVs and commercial vehicles directly to consumers.

“This an unnecessary barrier to market entry for new companies like us and discourages additional investment and job creation in the state,” Rivian director of public policy Dan West testified in May. “It also places unnecessary burdens on consumers who must now conduct an out-of-state transaction to purchase or even test-drive vehicles like ours.”

As the law stands, Tesla customers in Texas can buy a car or SUV directly from the manufacturer and have it shipped to a nearby service center for pick up. Its cars can be legally shipped from the nearby states of Arizona, California, Colorado, Nevada and Utah.

The process is one that Tesla owners have lamented for years. And it’s an issue Musk has personally taken up again on Twitter as Tesla’s mega factory outside Austin nears completion.

Southlake’s Rick Bollar, owner of two Teslas, kicked tires on electric cars at traditional dealerships before he went through the online ordering process to buy his first Tesla in 2012.

“I tried to buy a [Nissan] Leaf from a dealer, and it was just a pain,” said Bollar, who is a member of the Tesla Owners Club of North Texas. “They didn’t know much about the technology, and they tried to talk me into something else.”

Since electric car technology is so different than its fossil fuel counterparts, Bollar said consumers need real expertise to buy an electric car — an expertise that isn’t matched yet by dealerships selling a variety of models.

Bollar also likes the idea of going into a dealership knowing the price of a car set by the manufacturer instead of negotiating over trim options and price.

But would dealerships for brands like Tesla and Rivian lead to a surge in sales? Bollar isn’t too sure. He bought his Tesla through the company’s website and had it delivered to a local Tesla service center.

Texas has the third most electric vehicles registered of any state in the country with 52,190 as of June, according to the U.S. Department of Energy’s Alternative Fuels Data Center.

But California, which allows direct sales, has nearly eight times more electric cars than Texas. California accounts for about 42% of all electric car registrations in the U.S.

“It’s not like Tesla has had a problem getting customers in Texas to this point,” Bollar said.