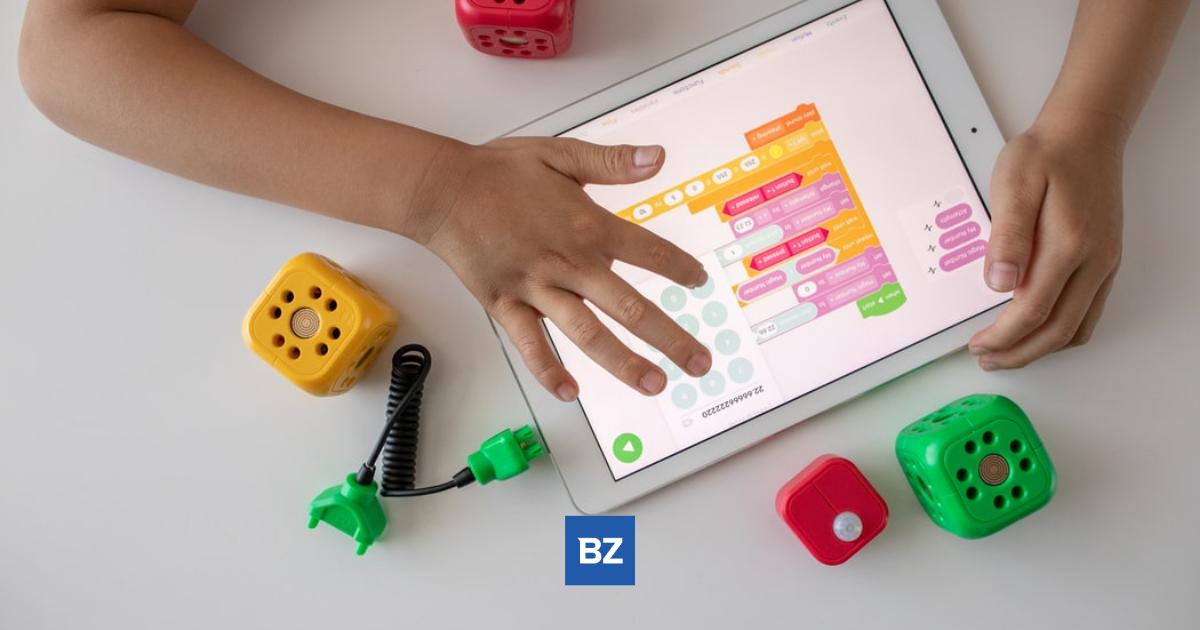 In 2021, the EdTech market is a thriving domain with a potential of $341 billion expected by 2025. The market is not yet saturated, and one more 3 reasons why you risk becoming a billionaire.

1. The Market Is not Yet Saturated

The world is expected to have spent $8 trillion on education by 2025. The USA is still among the top regions in financing learning, but the leading positions are now occupied by Asian countries (China and India). It is predicted that EdTech will have reached $341 billion of the global education market by 2025.

In addition, in the EdTech segment, there are a lot of less explored opportunities. Gamification, AR / VR, interactive videos, and especially AI in education with its growing popularity in 2021.

2. EdTech Is Attractive to Investors

The venture capitalists consider EdTech startups as an attractive business idea to invest their money, and this interest has been rapidly growing. 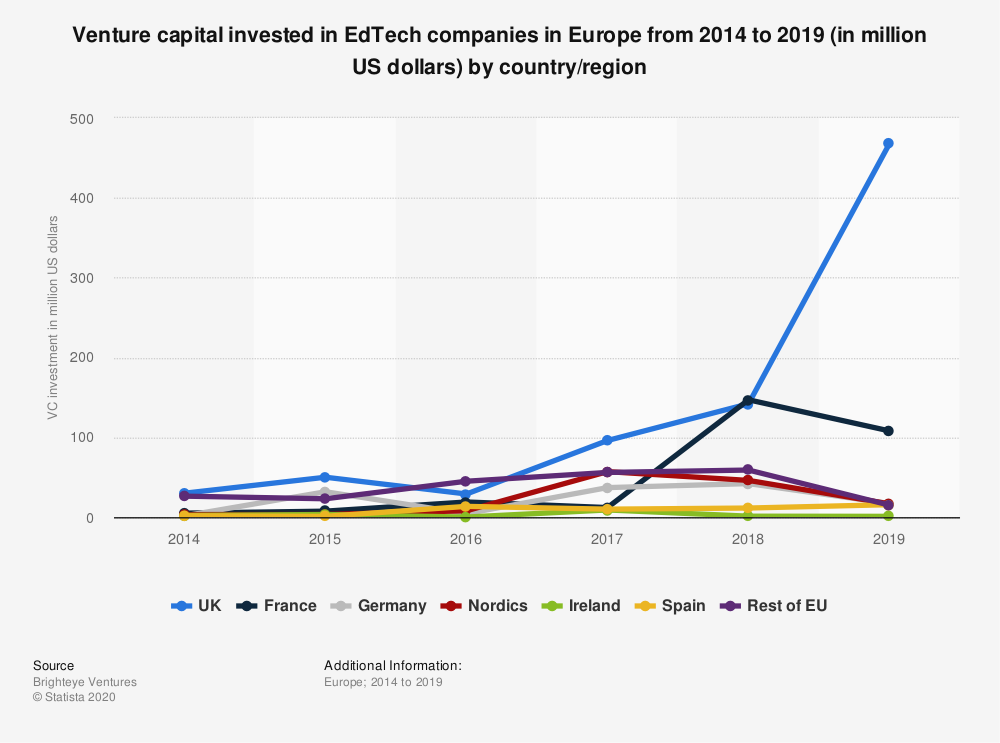 For the USA, 2019 was a record year connected to the EdTech venture capital, and we still can follow the positive trend since 2016. 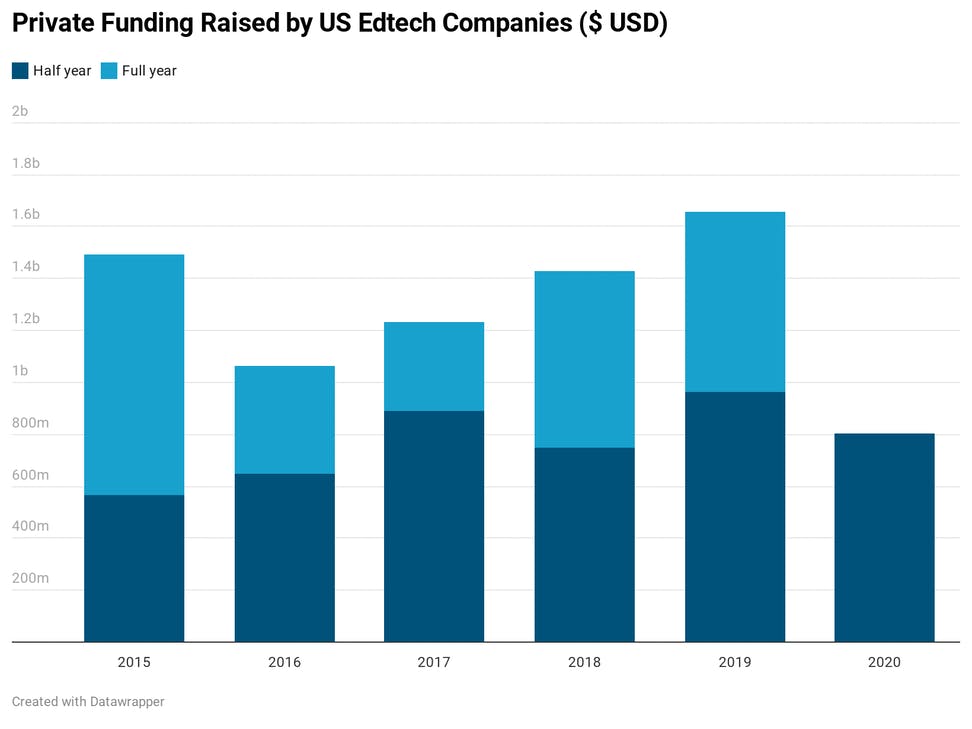 This summer, on 28th July, the app-based language tool Duolingo officially went public. The price per share started between $85 and $95 on the NASDAQ stock exchange. The total valuation of the company is estimated at over $4.7 billion.

PowerSchool Holdings Inc. debuted trading simultaneously with Duolingo but on the New York Stock Exchange. A week before, Instructure, which created the Canvas LMS, had its IPO. One more eLearning company, Coursera, became public in March 2021.

These are great existing events for their investors and a positive signal to other venture capitalists that the EdTech segment is high-profitable.

Four years ago, almost 77% of the US corporations used online training. According to forecasts, by 2021 this amount was expected to increase to 98%. By the way, the real number seemed to be lower, but 90% is quite close to this prediction due to the COVID-19 pandemic and remote learning.

Why have companies invested actively in online education even before this global issue? There are two key reasons:

For example, IBM decreased the corporate learning costs to around 70% after implementing the EdTech solution. In addition, employees could cover five times more data.

By changing the offline classrooms to online learning, Dow Chemical has reduced the corporate training expenses from $95 to $11 per person and saved $34 million.

Shell, the largest oil corporation in the world, has saved more than $200 million transforming its training programs to the virtual format.

According to Arizona State University, online programs help educational institutions reduce nearly 50% of the average cost of a credit hour ($54 per credit hour).

Engagement and satisfaction levels among students have risen after switching to online learning.

Airbus, the world’s largest airliner manufacturer with around 100 000 employees in 35 countries, has launched the online library with over 6,900 pieces of content. The  company has got positive feedback from the staff and yes, optimized its training budget.

The surveys show, 72% of companies are considering elearning as a competitive advantage. According to the other statistics, almost 40% of Fortune 500 companies have included eLearning in their business strategies and recognized its influence on their success.

4. An EdTech Startup Can Be Cheap to Get Started

The days, when the computers were too big, and the developers were worth their weight in gold, are gone.

Now, with the advent of the open-source solutions and outsourcing development, you are able to create a piece of your product faster and with a smaller budget. Belitsoft’s experience shows that by using this approach you can reduce the costs by 20-50%.

5. Finally, You Risk Becoming a Billionaire

As of January 2020, there were already 14 EdTech businesses with equity of more than $1 billion in the world. The most valued of them was the Indian privately held ByJu (5.8 billion dollars). The rest of the companies are from China (8) and the United States (5).

Since January 2021, ByJu has raised $850 million from investors, and now the company is valued at over $16.5 billion. Literally, it is growing from week to week.

Of course, not every idea can become an idea for a billion.

How to start your own eLearning startup?

Hopefully, we will thoroughly consider these steps in our future articles.