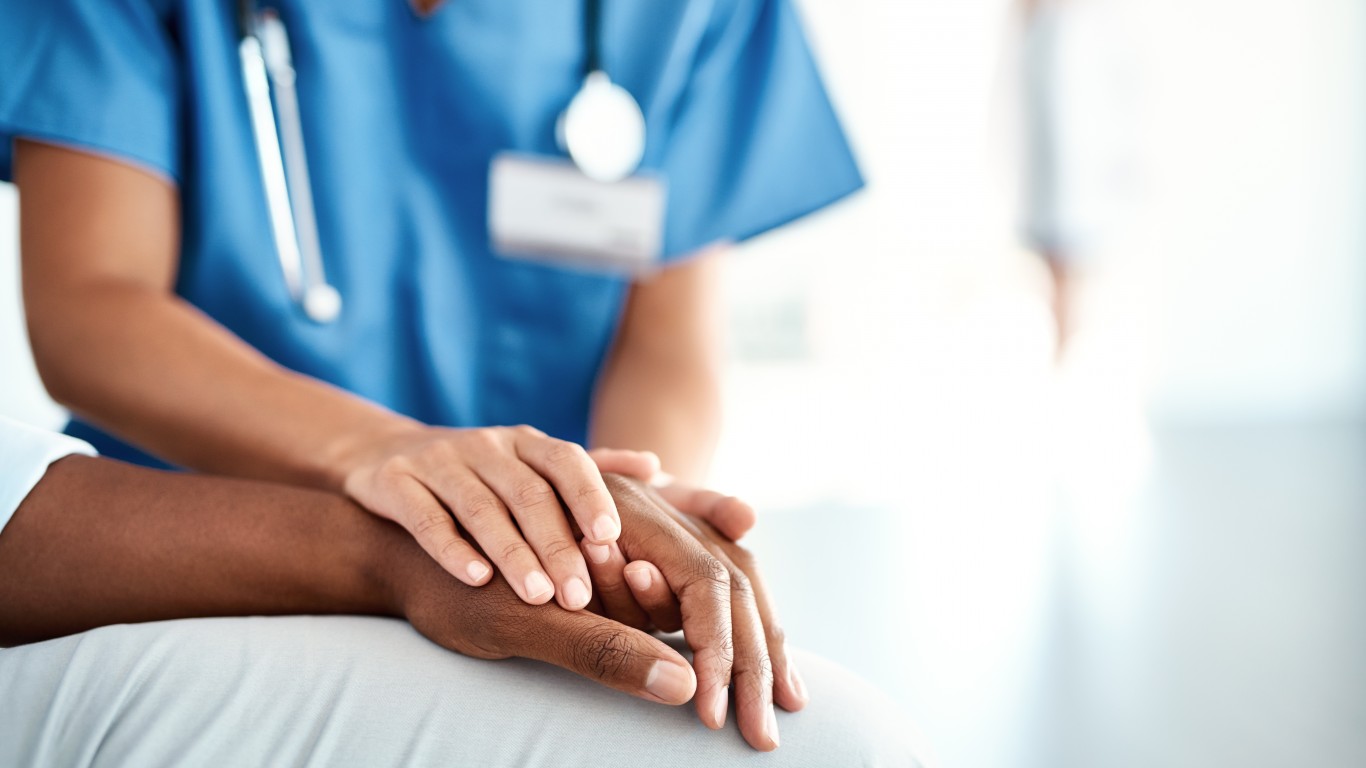 While most of those jobs have since been restored, the official uninsured rate for Americans under 65 in 2020 will likely be higher than the 10.3% rate in 2019 — a continuation of the three-year trend of declining insurance coverage that began in 2017. Still, there are parts of the country where nearly every American under 65 is insured, either through their employer, Medicaid, or directly-purchased coverage.

Using data from the U.S. Census Bureau, 24/7 Wall St. identified the town in every state with the best health insurance coverage. We included cities, towns, villages, and unincorporated communities with populations between 1,000 and 25,000 in our analysis.