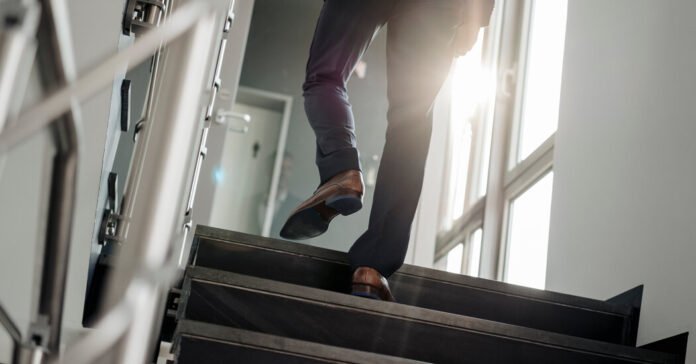 Helpfully, frequent breaks from sitting improve blood sugar control and cholesterol levels, past studies show. But much of that research took place in university labs and lasted only a day or two, conditions that do not reflect real life.

So, for the new study, which was published last month in The American Journal of Physiology: Endocrinology and Metabolism, an international consortium of scientists, led by researchers at the Karolinska Institute in Stockholm, Sweden, decided to see what would happen if office workers agreed to break up their sitting time, over three weeks, in their normal workplace.

They began by recruiting 16 middle-aged men and women in Stockholm with sedentary desk jobs and a history of obesity, putting them at high risk for metabolic problems like diabetes. They checked the volunteers’ current metabolic health and asked them to wear activity monitors for a week, to get baseline numbers.

Then, half of the volunteers continued with their normal lives, as a control, and the rest downloaded a smartphone app that alerted them every 30 minutes during the workday to rise and be active for three minutes. They ambled halls, strolled stairs, marched in place, squatted, hopped or otherwise moseyed about in whatever way they found convenient, tolerable and not overly distracting or amusing to their co-workers. But they had to take a minimum of 15 steps before the app recorded their movement as an activity break.

The experiment continued for three weeks, after which everyone returned to the lab for another round of metabolic tests. The researchers found that the two groups’ results subtly diverged. The control group displayed ongoing problems with insulin resistance, blood sugar control and cholesterol levels. But the other volunteers, who had stood and moved while at work, showed lower fasting blood sugar levels in the morning, meaning their bodies better controlled blood sugar during the night, a potentially important indicator of metabolic health. Their blood sugar also stabilized during the day, with fewer spikes and dips than in the control group, and the amount of beneficial HDL cholesterol in their bloodstreams rose. These improvements were slight, but might mean the difference, over time, between progressing to full-blown Type 2 diabetes or not.