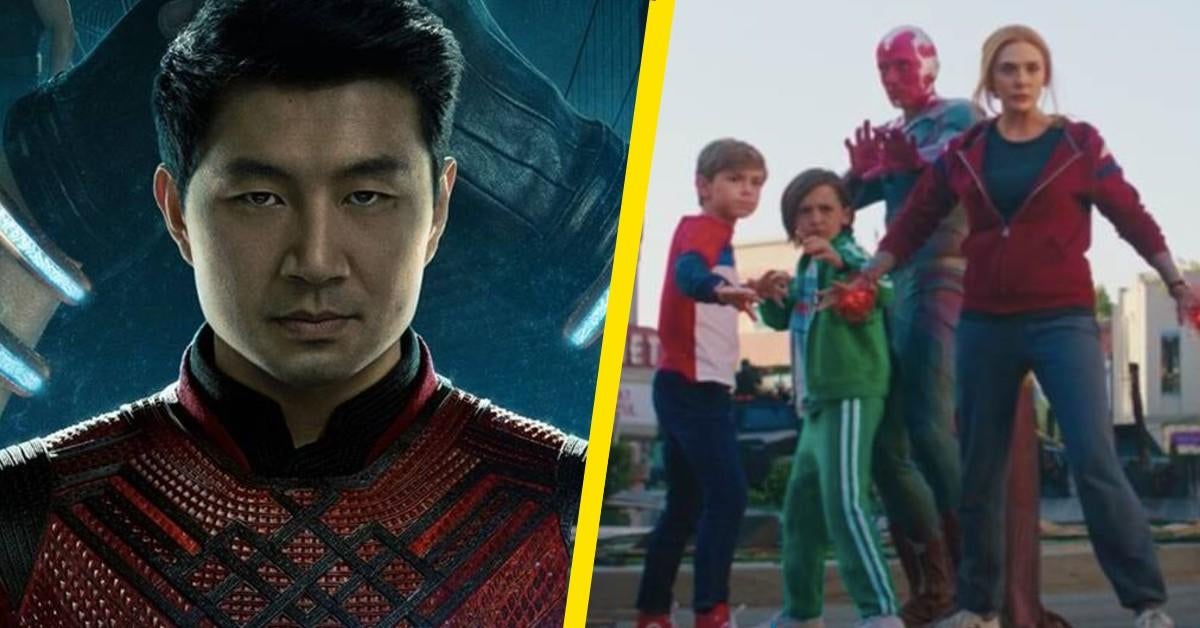 Shang-Chi and the Legend of the Ten Rings finally hit theaters this month, and the movie’s release has inspired a hilarious meme featuring the movie’s star, Simu Liu. Before being known for the Canadian sitcom Kim’s Convenience, Liu took a gig as a stock photo model, and the Internet has been having a lot of fun with the images. One viral meme featured Liu posing with the WandaVision family, and Julian Hilliard (Billy Maximoff/Wiccan) had an adorable response.

“SIMU LIU IS PART OF THE WANDAVISION FAMILY NOW,” @LivingforTomH tweeted. “Uncle #ShangChi!!!,” Hilliard replied. You can check out the fun photo in the tweet below:

Not only did Shang-Chi have a record-breaking opening weekend at the box office, but it also earned the highest audience score of any Marvel Cinematic Universe film on Rotten Tomatoes. The movie was met with positive reviews from critics, earning a 92% critics score on Rotten Tomatoes after 272 reviews, and it also earned an impressive 98% audience score after 10,000+ reviews. ComicBook.com gave the movie a 4.5 out of 5, calling it “one of the Marvel Cinematic Universe’s best origin stories to date.” In addition to Liu in the titular role, Shang-Chi and the Legend of the Ten Rings stars Awkwafina as Katy, Meng’er Zhang as Xialing, Tony Leung as Wenwu, Michelle Yeoh as Jiang Nan, Fala Chen, Florian Munteanu, and Ronny Chieng. The movie was released with a 45-day exclusive theatrical window.

As for Hilliard, it’s currently unclear if he’ll be returning to the MCU as Wanda’s son. While many suspect Marvel is building towards a Young Avengers storyline, which features Billy and his brother Tommy Maximoff/Speed (Jett Klyne), the characters are more likely to return as older versions of themselves.

“I have no idea. I don’t even know if — actually, if you even ask [Marvel Studios President] Kevin Feige that, I think he’ll honestly say he doesn’t know,” Elizabeth Olsen (Wanda Maximoff/Scarlett Witch) said when asked about Young Avengers during a virtual Q&A with the New York Film Academy. “They really plan phases at a time, and then after those complete, they move onto the next phase.”

“It seems like from my perspective that that could be a possibility, but I don’t think they have a real plan for that yet,” Olsen added of the comic book team that counts Tommy’s Speed and Billy’s Wiccan as members. “But they keep all their options open.”

Shang-Chi and the Legend of the Ten Rings is now playing in theaters, and WandaVision is available to stream on Disney+.