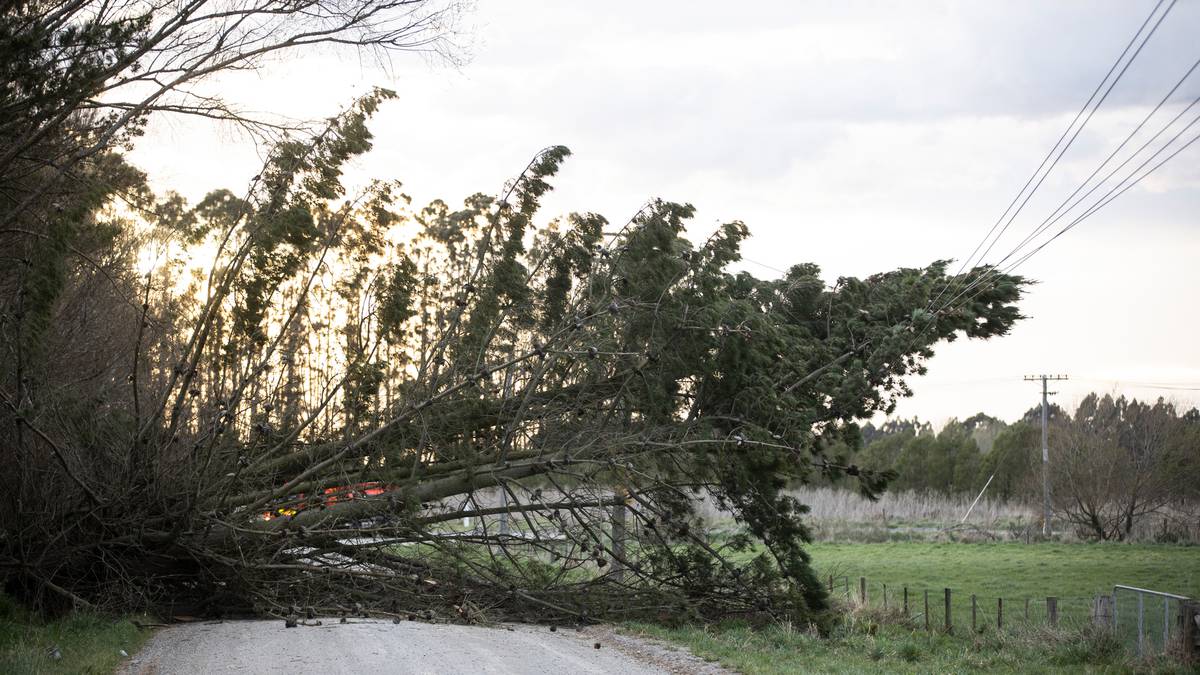 Gale-force winds are playing havoc in parts of Canterbury this afternoon, with power out to thousands of homes.

Power is also out to 200 homes in mid-Canterbury, at Glenroy, Hororata, Lake Coleridge, Rakaia Gorge, and Windwhistle.

The high winds are thought to have helped cause a crash near Herbert in North Otago just after midday involving two vehicles, including one towing a trailer.

Five people were flown to hospital, three in a serious condition and two with moderate injuries.

“We’ve assisted at a couple properties where we’ve been battening down a bit of loose roofing,” Norris said.

We run our model 18 times simultaneously to get 18 different scenarios. If outcomes are similar, confidence increases.

The colouring shows the odds of gusts 120+ km/h.

Inside the square 🟥 is the % chance of other outcomes. pic.twitter.com/VNLkNra5Vk

“We’ve not had any where we’ve had significant damage, although we’ve had a couple small sheds and things that’ve been totally destroyed by the wind around Mosgiel.”

Earlier today MetService raised its severe weather watch to a rare red warning for the Canterbury High Country and foothills from this afternoon until early tomorrow.

It predicted severe gale northwesterly winds would hit the area – just 48 hours after gales cut power, caused wildfires, and brought down trees in the same area overnight on Thursday and into Friday.

Fire and Emergency also warned people to prepare for severe gales to hit most of Canterbury.

Assistant area manager for Canterbury, Mike Johns, said the storm will be stronger than the gales of two days ago.

People are asked not to light outdoor fires, check if old fires are completely out, secure all loose furniture and trampolines, and avoid non-essential travel.

Our friends at @MetService have issued a red warning for damaging wind gusts. Our high-resolution modelling echoes this expectation.

Red warnings are reserved for only the most extreme weather events where significant impact and disruption can be expected, MetService said in a statement.

The damaging winds are linked to a cold front which is expected to move up the South Island today and early tomorrow. It is due to hit Wellington and Wairarapa overnight.

These winds are likely to result in widespread damage across the Canterbury High Country and foothills, especially to trees and power lines.

It also warned that driving conditions would be hazardous, and motorists need to be wary of falling trees or branches and flying debris.

The remainder of the eastern South Island is under an orange warning, including the Canterbury Plains and Christchurch, which could also see damaging gales tonight into tomorrow morning.

The public is asked to follow the advice of local Civil Defence and Emergency Management groups.