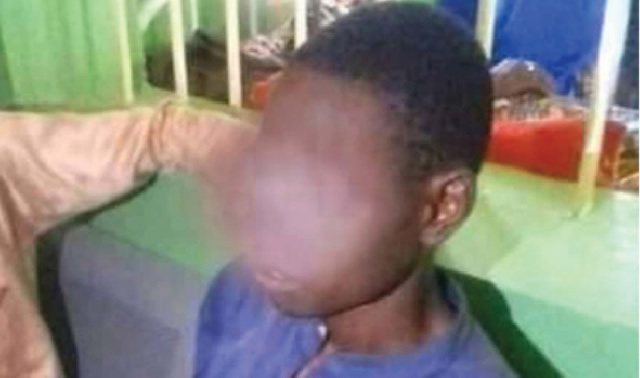 A 31-year-old man, Umar Abubakar, who attempted suicide by climbing a telecommunications mast in the Checheniya area of Gombe, tells CHIMA AZUBUIKE the reason for his action

Can you tell us briefly about yourself?

Are you a student or a worker?

I’m into bricklaying and I do other forms of menial jobs for survival.

Did you go to school?

Yes, I went to school up to secondary level. I attended Pilot Secondary School. I was very good at Biology and Chemistry. I wanted to become a medical doctor.

You climbed a telecommunications mast last Sunday. Why did you do that?

All I can remember is that some people were pursuing me and in a bid to escape from them I climbed the telecommunication mast. I had to climb to the highest point to ensure that those pursuing me would not be able to get me.  It was a desperate moment and I needed safety and peace, so, I had to climb to the height I was convinced those people would not be able to attempt.

But there was a story that you climbed the mast to protest your parents’ failure to get you a wife.

Nothing like such; even if I get married the marriage will not last. What I really considered was climbing to the highest point of the mast and then fall down and die.

Why would you want to do that?

I was tired of everything and wanted to just end it by climbing the telecommunication mast and die.

While being persuaded to come down from the mast, you reportedly demanded drugs and also said you must see the governor before you could come down. Why was that?

Yes, I wanted to see the Governor, Inuwa Yahaya, because I wanted to be happy. I also asked for cigarette and food as conditions to come down from the mast.

What about the N10,000 compensation you also reportedly demanded?

I didn’t ask for any money neither is it true that I stole. Stealing was not the reason I climbed the mast.

How do you feel to have been taken to the psychiatric department at the Gombe State Specialist Hospital after you were brought down from the mast?

I feel happy, hopefully I will be okay.

Is it true that your condition is as a result of substance abuse?

All I know is that what I take doesn’t have the capacity to cause me mental challenges.

It was said that you had previously been admitted in the psychiatric hospital. Is that true?

I was brought here then but I stopped coming for checkup and buy drugs due to lack of money.

All rights reserved. This material, and other digital content on this website, may not be reproduced, published, broadcast, rewritten or redistributed in whole or in part without prior express written permission from PUNCH.