One of the main talking points on F1’s return to the Dutch GP last weekend was how a series of banked corners had transformed the nature of the track.

As well as a flat-out final Arie Luyendyk corner helping a little to increase overtaking chances, it was the more ambitious Turn 3 bowl that proved to be a bigger talking point.

Drivers were able to experiment with different lines through the Hugenholtz corner, and it even offered the chance for some bold passing opportunities around the outside.

Alonso, who has one of the quickest through Turn 3 all weekend, was left raving about what he experienced at Zandvoort.

PLUS: Could Zandvoort’s challenging layout inspire other F1 circuits to change tack?

And he says future circuits should go down the banked corner route and abandon a push over recent decades where it was believed a bigger challenge would be delivered by off-camber corners.

“It helps the nature of racing,” he said about the prospect of more banked bends.

“It helps speeding up the corners, it helps the tyre management and the aerodynamics and everything, which we are not used to.

“In the last few years, we built circuits with off-camber corners, which was the opposite. And now we are all happily surprised with a banked corner.

“So yeah, it makes me even more sad why we built so many tracks with off-camber.” 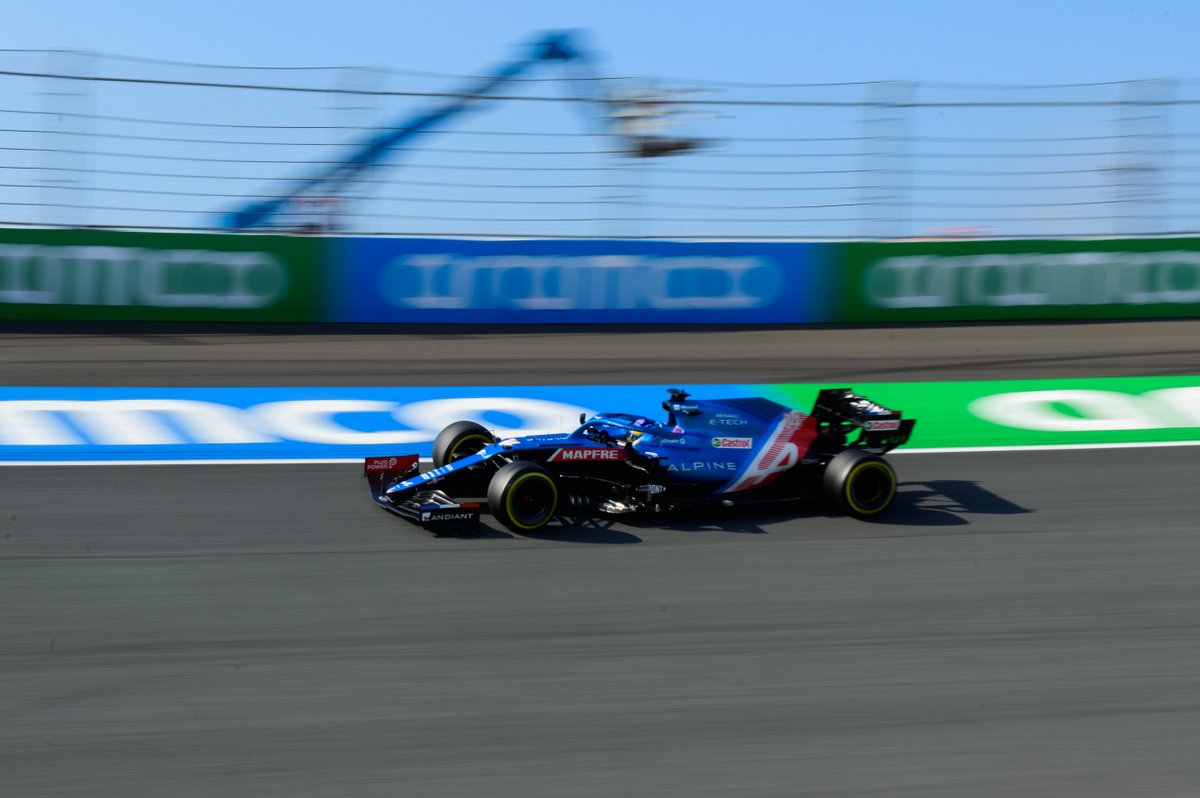 While some suggested that Alonso’s speed through the Turn 3 banking had been aided by his experience of racing at Indianapolis, the Alpine driver actually said the biggest benefit had come from watching some video footage of junior categories.

Asked about the oval knowledge he could bring from Indy, he said: “There’s nothing really comparable between the two series.

“I think the banking in Indy is much less, the speed is a lot higher, and the downforce level is very different.

“Then in Indy, you run very low. There is no point to go outside, while [Zandvoort] was all on the outside, because there were different steps on the banking.

“I watched some of the Formula Renault, I think it was some races a couple of months ago.

“So in FP1 I tried different lines and they seemed to work okay. It was fun because you feel the compression there and there is a different feeling.”