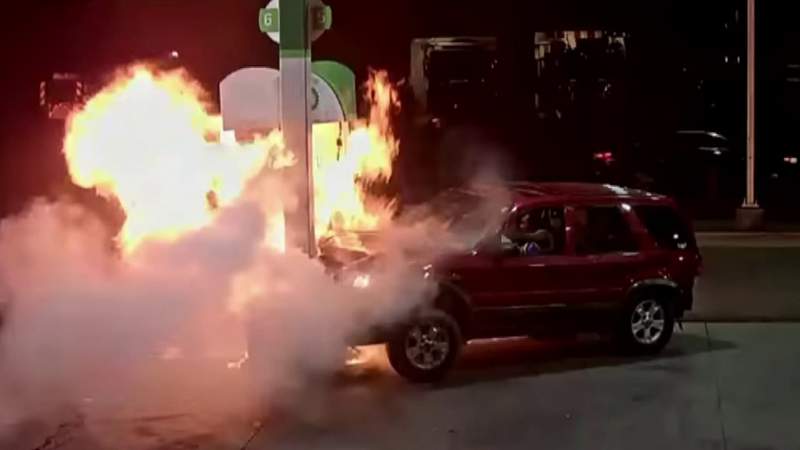 DETROIT – The Detroit Police Department is searching for a suspect wanted in connection to what has been described as severe property damage at a BP gas station on the city’s west side.

The incident happened on August 22 at about 11 p.m. near the intersection of Southfield and Joy roads in Detroit.

Video of the incident can be seen in the player above.

According to police, the driver lost control, colliding into pumps and causing an explosion in addition to fire damage to the vehicle being driven. The suspect fled the location, moments later he abandoned the vehicle.

Video footage from a nearby gas station showed a person who police believe was the driver of the vehicle that caused the damage. The person was seen wearing a blue Nike short set with white around the collar, yellow bold Nike lettering across the torso, a white vertical stripe along the side of shorts, and white socks with no shoes.

Anyone with information is asked to call the Detroit Police Department’s Sixth Precinct at 313-596-5601 or Crime Stoppers at 1-800-Speak-Up.