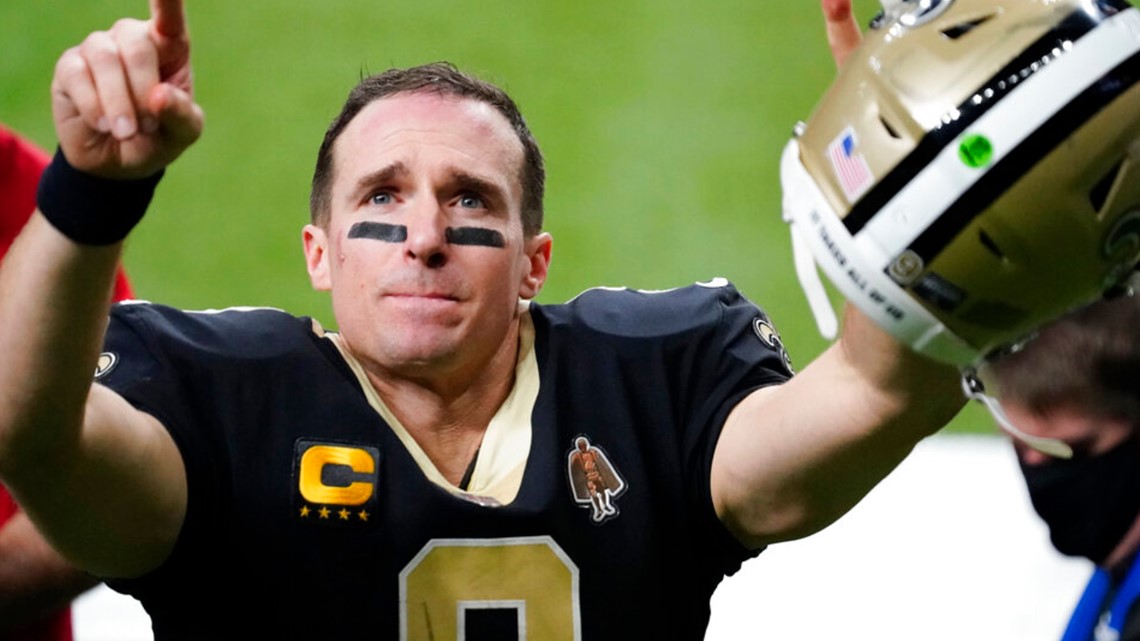 The future Hall of Famer performed well on television as expected but he didn’t look quite the same as the last time we saw him on the field.

“I’m not gonna lie, I see the guys warming up behind me I feel like I should be warming up”, said Drew Brees as the show kicked off.

The future Hall of Famer performed well on television as expected but he didn’t look quite the same as the last time we saw him on the field.

It wasn’t because he wasn’t donning his black and gold number 9 jersey, it had everything to do with the top of his head.

Was it a new haircut? Maybe his first full off-season without a helmet helped with growth?

Brees made his first appearance on NBC with almost as much hair he had on his head the night he held up the Super Bowl trophy in Miami.

Twitter took notice of his new look and jokes haven’t stopped since.

Brees will appear on NBC all season for Sunday Night Football.

We’ve lost another one. 😢 pic.twitter.com/2ITpyL2AKd

Drew Brees’ hair for NFL Comeback Player of the Year.

Congrats to Drew Brees on his new job and his new hair! pic.twitter.com/xXUvIvfH6F

They think they can fool us? Especially after posting a pic of his not full head of hair yesterday. pic.twitter.com/4XEkRXjlY8

Drew Brees applied to FEMA for a specialty tarp

► Get breaking news from your neighborhood delivered directly to you by downloading the new FREE WWL-TV News app now in the IOS App Store or Google Play.