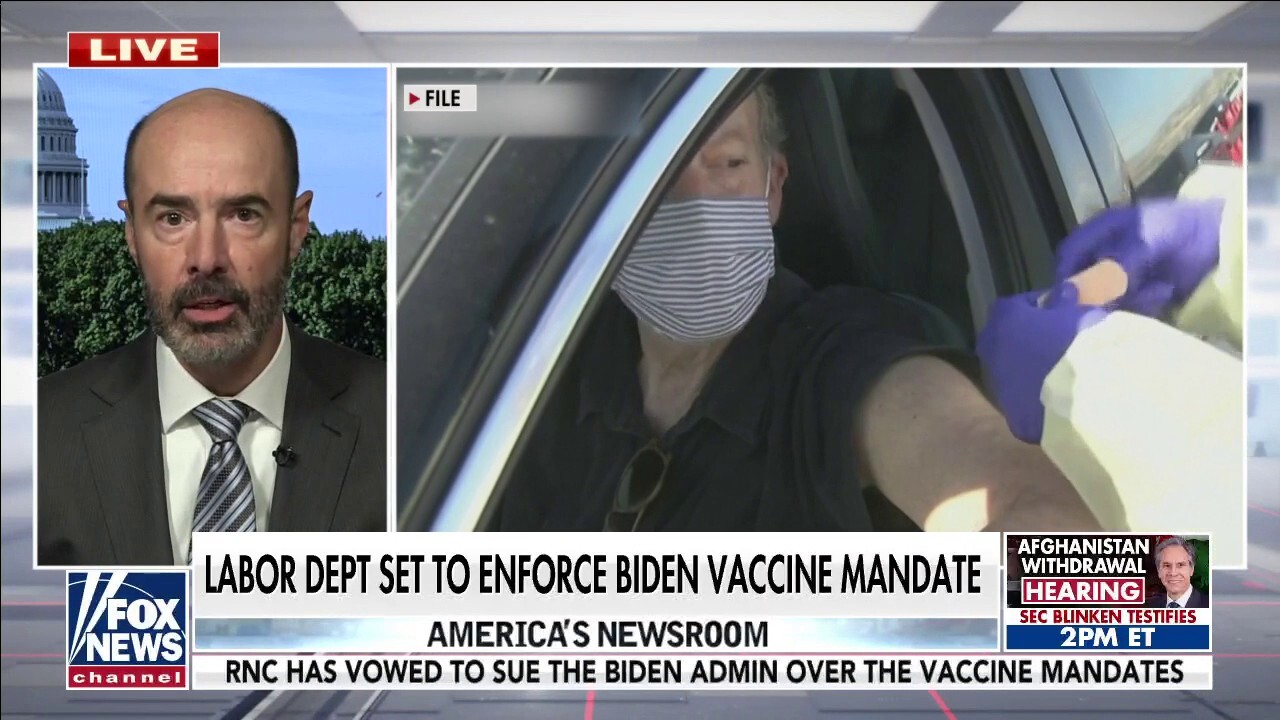 Former Labor Secretary Eugene Scalia explained on “America’s Newsroom” how the Biden administration’s vaccine mandate is ‘vulnerable’ to legal challenge because of the emergency standard the White House is using to justify the move. Scalia continued by urging Biden to allow public comment on the matter because of the significant influx of questions surrounding the mandate.

EUGENE SCALIA: That is what’s interesting as well. It’s a special authority that’s being used here by the Labor Department. Ordinarily, new rules by the government have to go through public comment. The public has a chance to see the proposal, to make suggestions, and to improve it. It’s a process that I used as secretary and that I use in the private sector, but they are seeking to bypass it. I would urge them to allow public comment because there are so many questions now about the rule. In terms of using this emergency process with no comment, it has been used for benzine and asbestos. I believe in both of those cases they were not able to sustain the rule. These emergency standards in the past, when they’ve been adopted by the Labor Department, have proved to be very vulnerable in the courts, which I think it part of the reason you’re hearing the criticisms now. Workers and businesses have a lot of questions about how this is going to be implemented, what the exact requirements are going to be, and it would be better if the Labor Department would give people a chance to provide their input.