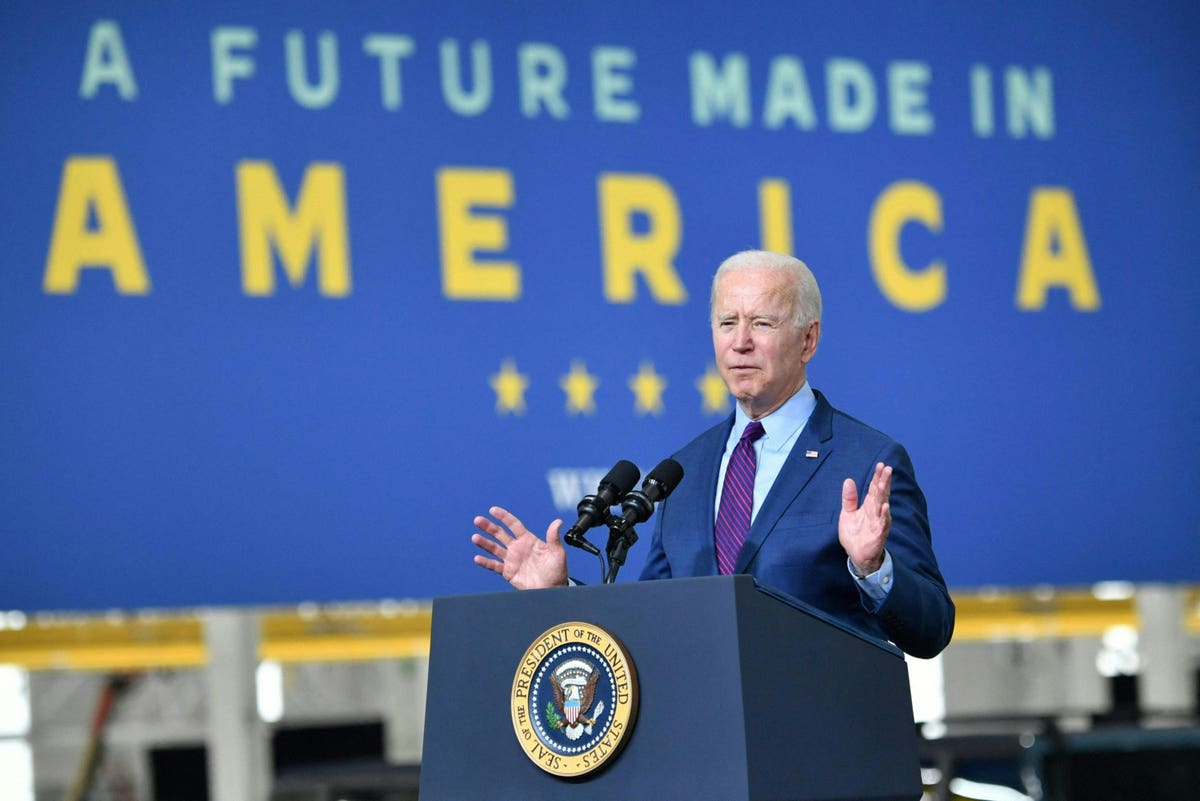 In a meeting earlier this week, the CEO of a company I plan to write about in the coming days commented on the lack of continuity in U.S. government when it comes to energy policy, with new presidential administrations coming to power ever 4 to 8 years. He compared that to the situation in China, whose communist government is able to execute plans across decades, not just for energy but across all elements of its economy and culture. It wasn’t an endorsement of either system; just a statement of fact, that it presents a challenge that every U.S. president must meet.

This feature of the American system is quite relevant where energy policy is concerned today, since it emphasizes the requirement for U.S. presidents to maintain public support for its programs in order to put them in place, and even more to the point, to ensure that they continue into succeeding presidential terms. Where energy is concerned current U.S. President Joe Biden finds himself struggling to find ways to try to contain the costs of current energy generating sources as he attempts to force their replacement by new ones.

This is not just about gasoline prices at the pump, although they certainly represent a key piece of this puzzle. It’s also about the price for natural gas, which opened Friday at a 12-year high above $5 per Mmbtu. With crude prices also firming up on Friday after the U.S. Energy Information Administration (EIA) released another very bullish drawdown in inventories of not just crude but also refined products, Biden finds himself in a position in which, fairly or not, his policies could end up being blamed by consumers for rising energy costs.

The President famously made his concerns about rising energy costs public in August when he urged OPEC+ countries to raise their own production levels to slow rising crudes prices. The oil cartel rejected this illogical request, but has continued to execute on its already-in-place plan to add 400,000 barrels of oil per day onto the global market at the first of each month.

That increased level of production, along with ongoing COVID-related demand concerns and other factors, has seemed to calm oil markets to an extent over the last 30 days, although still at higher prices than Biden would like. The latest data from Gasbuddy.com indicates that the average price per gallon of regular gasoline – which is largely driven by oil prices – remains at around $3.17, more than a dollar per gallon higher than it was on Election Day 2020.

That higher cost of gasoline at the pump has played a significant role in the major inflation issues Biden faces, and now the higher price for natural gas threatens to exacerbate that problem. Most are aware by now of the major role natural gas plays in the U.S. electric power grid, with EIA’s most current data indicating that it accounts for over 40% of the nation’s power supply. The lower gas prices over the last decade have helped to support lower consumer utility bills, but the recent doubling in the price is now coming to be reflected in fuel costs passed through by those same electricity providers.

Another reason for the rising price of natural gas has been the growing international demand for U.S. exports of liquefied natural gas (LNG). Along with Australia and Qatar, the United States now ranks among the three largest LNG exporting countries on the planet. The EIA reported recently that U.S. LNG exports achieved all-time record highs during the first half of 2021. That’s a major market for U.S. natural gas that didn’t even exist as recently as five years ago, but now takes a significant cut of domestic production.

Biden and his increasingly authoritarian policy moves stand to be blamed for these rising costs to consumers for the simple fact that he is the current occupant of the White House. As consumers link Biden’s policy initiatives to the higher prices they are paying now for literally every item they purchase, Biden’s ability to sustain critical popular support for those policies – and the needed votes in congress in favor of his legislative proposals – will likely become increasingly difficult.

Is it fair to blame Biden for the price of gasoline and natural gas? Maybe, maybe not, but that doesn’t matter. Regardless of any notion of fairness, it is the reality he and his administration now face. If he can’t find a way to cope with that reality, many of his policy initiatives will almost certainly fail.