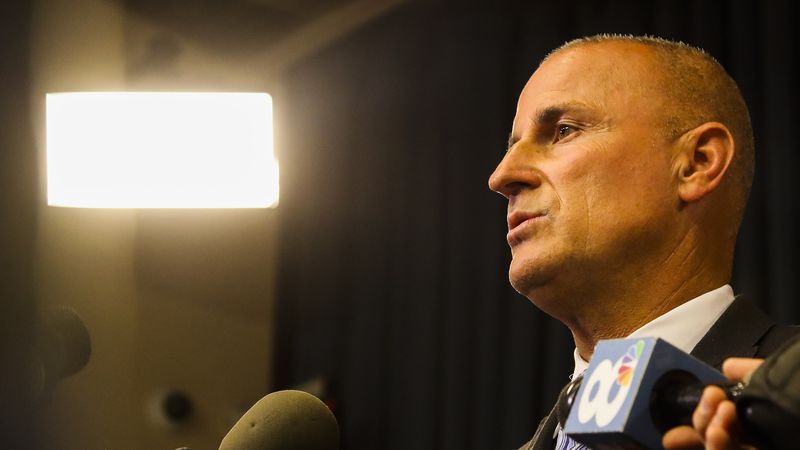 This article represents the opinion of the Tampa Bay Times Editorial Board.

Let’s try this again. The Hillsborough County School Board’s positive if mixed assessment of Addison Davis’ performance reflects an accurate picture of the rocky debut of the new school superintendent. Davis took control of the nation’s seventh largest school system in March 2020, arriving from much-smaller Clay County just as the coronavirus pandemic upended life as we know it. Like other superintendents, he scrambled to provide both safe campus environments and online learning. But Davis confronted a range of other problems, from a budget crisis and severely underperforming schools to rising skepticism from a board that questioned his leadership. Davis has righted the ship for now. Most of the board members rated him toward the higher end across a dozen different categories. But Davis still has work to do in delegating authority, communicating with the board and wrapping his arms around a much-bigger school system. If the last 18 months have shown anything, it’s the value of face-time in cultivating relationships. Davis’ evaluation may not necessarily put him on firm ground, but it was a significant reset nonetheless.

Governor on a roll. Gov. Ron DeSantis suffered another in a stream of courtroom defeats in recent weeks, as a federal judge Thursday temporarily blocked the administration from enforcing a key provision of Florida’s so-called “anti-riot” law. U.S. District Judge Mark Walker of Tallahassee wrote that the definition of what constitutes a riot under the law is too vague “to the point of unconstitutionality.” He blocked DeSantis and three Florida sheriffs — Walt McNeil of Leon County, Mike Williams of Jacksonville and Gregory Tony of Broward County — from enforcing the “rioting” provision. “State law enforcement officers have numerous criminal statutes at their disposal that prohibit and punish unlawful conduct, and which protect public safety and private property,” Walker wrote. “On the flip side, the public and the state have no interest in enforcing a likely unconstitutional statute.” DeSantis championed the measure, known as HB 1, after demonstrators across Florida and the nation protested in the wake of the murder of George Floyd in Minneapolis. Though most protests in Florida were peaceful, state lawmakers responded with a broad measure that enhanced existing criminal penalties stemming from protests that turn violent. Walker concluded the definition of “riot” under the law is “unconstitutionality vague in violation of the 14th Amendment.” That’s the very point that legislative Democrats and others across Florida made at the time. While DeSantis expressed confidence this week he would win on appeal, a conservative court would at the very least have to offer a legal basis for the law — something that Republican lawmakers did not even pretend to do.

So we never forget. It’s the last house in what once was Rosewood, a community of 300 people — mostly Black — who lived along the road to Cedar Key, north of the Tampa Bay area. On Jan. 1, 1923, a white woman claimed a Black man had attacked her, an allegation that inflamed the Ku Klux Klan, and moved vigilantes to burn down the town, killing five Black people. But now a move’s afoot to preserve the house — and the story of Rosewood. When the shooting began, a white man who owned the house, John Wright, sheltered Black women and children there. And over the years, as the property changed hands, the Real Rosewood Foundation tried to purchase the home, but the nonprofit couldn’t raise the necessary funds. But now its latest owner, Ian Stone, has decided to donate the house. The foundation is now looking to restore the home, and move it nearby, where the foundation envisions a memorial, history wall, library and retreat center. Tourists and school groups could visit to learn what happened at Rosewood, and carry forward the history of that terrible day. For more information about the Real Rosewood Foundation, or to donate, go to: Real Rosewood Foundation, Inc.

Were the sandals worth it? What kind of person steals the identity of victims of the Surfside condo collapse — then takes their credit cards on a high-end shopping spree? Prosecutors in Miami-Dade County announced this week they had arrested three people and charged them with an organized scheme to defraud and identity fraud. A fourth person was also arrested on charges of fraudulent use or possession of personal identification. Investigators believe the group stole the identifies of several dead victims and survivors alike, and then obtained credit cards to make expensive purchases. Among them, according to authorities: a $1,658 Versace purse and a $374 pair of Medusa sandals. The sudden collapse of Champlain Towers South in Surfside on June 24, which killed 98 people, is still under investigation. But the tragedy sparked an outpouring of national grief and a commitment by authorities to find the cause to prevent another such disaster. And apparently, it also sparked this identify theft. The presumption of innocence applies, but here’s to the authorities in South Florida for protecting the voiceless.

Editorials are the institutional voice of the Tampa Bay Times. The members of the Editorial Board are Editor of Editorials Graham Brink, Sherri Day, Sebastian Dortch, John Hill, Jim Verhulst and Chairman and CEO Paul Tash. Follow @TBTimes_Opinion on Twitter for more opinion news.