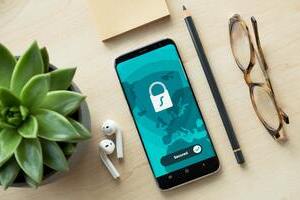 Mobile browsing is now the most popular way to access the internet, with 68% of global site visits in 2020 coming from mobile devices. It’s therefore vital to recognise that the challenges facing both internet users and telco subscribers overlap. As popular as mobile browsing is, it is coupled with concerns surrounding user privacy, particularly when it comes to intrusive advertising.

With this in mind, it is important that steps are taken to protect this privacy while ensuring advertisers still have access to revenue streams. Telco companies have a major role to play in achieving this, given their integral position in the modern internet ecosystem, says Alec Gramont, senior director of telecom partnerships at eyeo.

New research conducted by eyeo has found that mobile users worry about privacy when using their phones to browse the internet, with 85% being at least moderately concerned.

Worries amongst mobile users such as these are nothing new. Media coverage of data misuse surrounding services such as Instagram and Facebook persists, and generates mistrust on behalf of telco providers.

In February this year, after four years of negotiations, EU states finally agreed on new privacy rules for telco providers. The reforms seek to enhance security and communications confidentiality and define clearer rules on the use of cookies. These rules firmly place telco companies at the forefront of efforts to preserve user privacy.

Users are turning to ad blocking

Due to their growing privacy concerns, more users than ever are now turning to services such as ad-blocking technology in an attempt to maintain an element of control over their own data.

In fact, this year’s Blockthrough report found that an estimated 586 million users are using ad-blocking technology on mobile browsers, a total increase of around 400 million since 2014. The reasons for this increase are complex and nuanced, but such large numbers are certainly indicative of collective concern.

The majority of the unease facing these users focuses on the presence of intrusive adverts and tracking cookies. The eyeo research found that 48% of users find it annoying when an intrusive ad “follows” them around the internet, and 39% find constant cookie consent requests irritating.

These figures underline the need to find a more sustainable solution, where advertising still exists, but is done in a responsible manner that maintains user privacy. This is especially important for telcos thinking of launching their own browser offerings, or working in partnership with other browser companies or advertisers to launch new products and services.

It is important to recognise that opinions towards online ads are not entirely accepting nor entirely dismissive. Instead, opinion is more of a spectrum, where the majority sit between the two extremes. For example, the eyeo research shows that 35% of users happily accept cookies as part of the browsing experience.

As such, a sustainable internet means promoting user choice and user privacy while facilitating the generation of revenue. For this reason, solutions such as ad filtering have a huge amount of potential. Ad filtering is the process of permitting ads providing they conform to a series of guidelines of responsible behaviour.

Filter lists are incorporated into the software, which provide a set of rules that ads have to abide by in order to appear on a web page. As a result, nonintrusive and respectful ads are shown to the user while ads that harm the user experience are restricted.

In this way, the needs of all parties are met: the basic need for a nonintrusive browsing experience on the part of the user, and the requirement to generate revenue from advertising on the part of the publisher and any other parties involved.

The call for cooperation

Solutions such as ad filtering require a high level of cooperation between stakeholders. Advertisers that aren’t as receptive to providing a balanced experience sometimes implement circumvention techniques that mean filters can be hurdled, sidestepped or navigated, leading to a persistence of intrusive ads. All parties need to approach the situation with good intentions if this equilibrium is to be achieved.

This means advertisers and publishers listening closely to user feedback, and mobile users maintaining an openness to nonintrusive advertising. Telcos should also be heavily involved and pay attention to their subscribers’ feedback and concerns given their status as major enablers of mobile browsing, and especially if they are planning to diversify their internet-based offerings in future.

The author is Alec Gramont, senior director of telecom partnerships at eyeo.