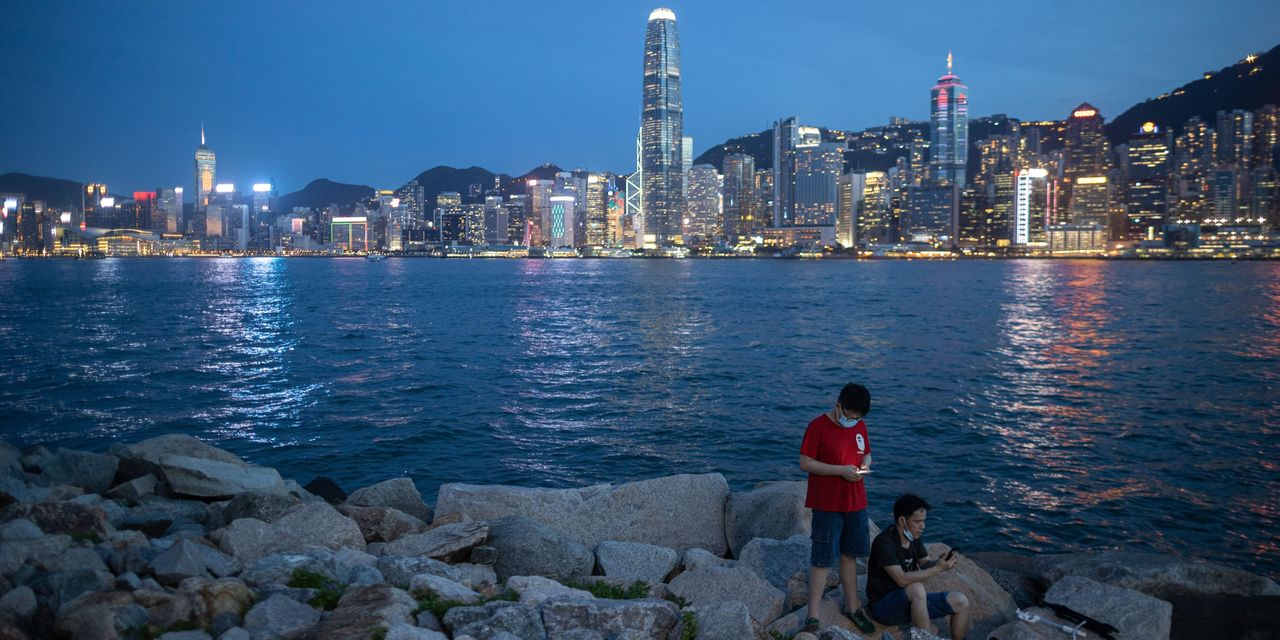 Hong Kong and mainland China took a step toward even greater financial integration, with the start of a cross-border investment program for individuals known as “Wealth Management Connect.”

The arrangement lets mainlanders in nine cities in the southern province of Guangdong buy investment products in neighboring Hong Kong and Macau, while individual investors in those two cities will be able to buy onshore products. The wealth link, launched Friday, forms part of China’s plans under President

to more closely integrate the region, which is known as the Greater Bay Area.

hailed the project, saying it would boost the region and help cement Hong Kong’s standing as a financial hub by attracting more international financial institutions and strengthening the city as an offshore venue for China’s currency, the yuan.

China has moved to shore up Hong Kong’s position as a financial center even as it has clamped down on dissent in the city in imposing a national-security law last summer. The idea of a wealth link was first outlined in late 2019 and was further developed by mainland authorities in May 2020, shortly before the security law was introduced.

Pan Gongsheng, deputy governor of the People’s Bank of China, said making these neighboring financial markets more connected would “inject new vitality into the development of the Hong Kong and Macau financial industry and boost the construction and development of Hong Kong as an international financial center.”

Financial institutions including the asset-management arm of JPMorgan Chase & Co.,

were also quick to welcome the launch, citing opportunities to sell products to more customers.

head of Hong Kong at J.P. Morgan Asset Management, called the connect program “a key milestone in China’s financial market liberalization, encouraging capital flows and investment within the GBA and enabling investor diversification.” The asset manager said some of its retail investment funds in Hong Kong would likely qualify for the program.

David Liao, one of two regional co-CEOs for HSBC, said his bank would offer more than 100 wealth-management products backed by various asset classes in the project’s initial phase.

The tie-up uses a so-called closed loop to permit fund flows without undermining the capital controls imposed on China’s yuan. Hong Kong and Macau both maintain their own currencies.

Earlier projects known as Stock Connect and Bond Connect, focused on institutional investors, have allowed foreign groups to buy into onshore securities through Hong Kong, contributing to rising international investment in the Shanghai and Shenzhen markets. Mainland investors have also bought growing amounts of stock in Hong Kong, but the equivalent southbound leg of the bond program has yet to launch.

At this point, the program will focus on “relatively simple investment products with low to medium risk,” the Hong Kong government said.

—Xie Yu contributed to this article.

Write to Frances Yoon at frances.yoon@wsj.com