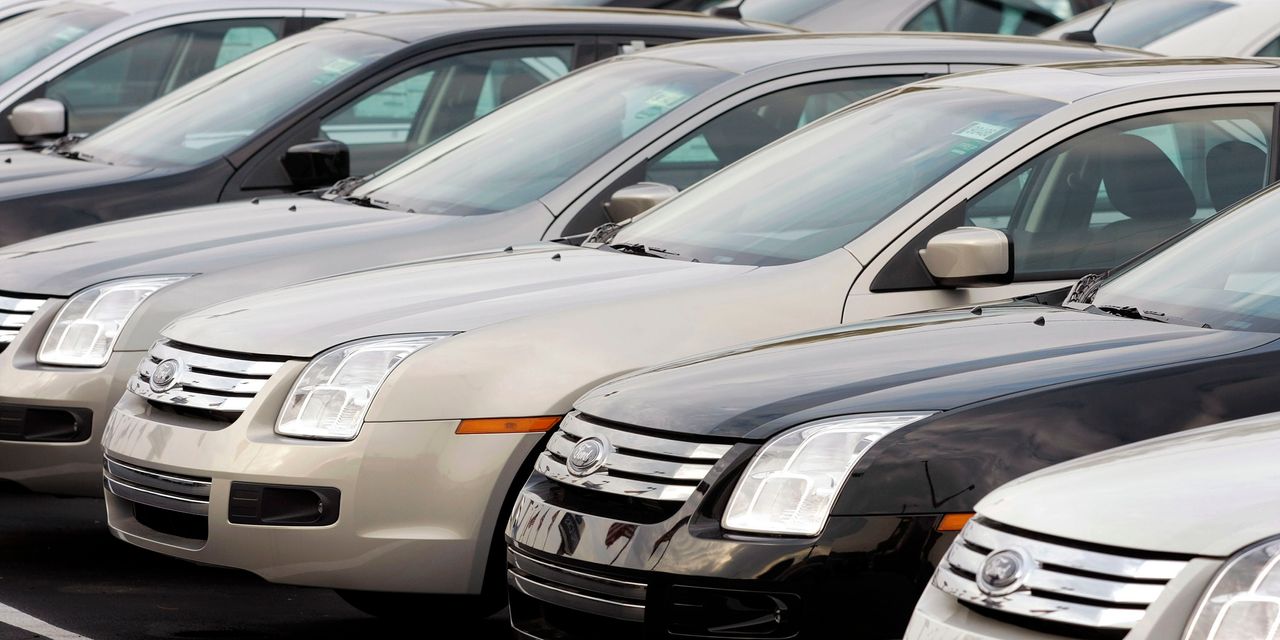 Auto makers are speeding up the trend of making their mass-market vehicles nearly to order, one of the many ways that the pandemic and accompanying supply shortages and increased demand for one’s own wheels may have changed the industry for years to come.

The changes sweeping the industry may also transform the century-old car dealership model, with some envisioning dealers as primarily service centers rather than car depots, and even as potential electric-vehicle charging stations of the future.

surprised Wall Street recently with its move toward an “order book,” even as executives took pains to say that dealerships will remain the company’s partners in the foreseeable future.

““Hats off to Ford for innovating AGAIN on such important issues when we really didn’t expect it.””

Dealerships are, of course, not going away, not in the least because car-buying runs into intricate franchise laws that vary from state to state and, for the most part, either bar direct sales altogether or limit them.

famously eschewed the dealership model from the outset, running into years-long and in some cases still ongoing fights in some states to sell its cars directly to consumers at its own stores. And the customers of Tesla and several other luxury auto makers have long been able to order and configure cars online down to the smallest detail.

Dealers have long said their model protects consumers from price fluctuations and other ills by offering competition, in addition to providing reliable service to what is often a person’s second largest purchase, after real estate.

But it doesn’t mean dealerships can’t be reimagined, especially as car buying itself is already looking much different that it was just a few short years ago.

Going the order book way is a “massive” benefit for Ford and all its stakeholders, Ford executives said at the company’s recent call following second-quarter earnings. They are expanding the model after putting it in place for high-demand vehicles such as the Mach-E and the new Bronco, they said.

It reduces dealers’ costs and allows the company to “significantly” cut down on discounts and other sales incentives and stop wasting money on them, the executives said.

The company is aiming for a 50- to 60-day inventory, with inventories of pickup trucks and other best sellers a little higher, and supplies at urban and suburban dealers likely less than that range, the Ford executives said.

It’s not something entirely new, they said. Ford did it for a few years after the 2008 financial crisis, then over time “lost discipline,” the executives said.

Dealers will still be the main connection to customers as cars become more complex and over-the-air updates and other features become even more prevalent than they are now, they said.

And they’d still be service centers, providing in-person service and analyzing vehicle data, prognostics, parts ordering, and other variables, which is especially important for commercial fleets.

struck a more cautious tone, with Chief Executive Mary Barra saying on the company’s second-quarter call with analysts that GM has “optimized” its inventories and is taking orders in some cases.

GM knows that “there’s a customer who wants to go to the dealer and drive off with a new vehicle,” Barra said. “We want to service them as well. And that’s why I think some of the tools we’ve put in place to help our dealers have the vehicles that they want is going to be very important.”

In the built-to-order model, “everything benefits the auto maker,” said Karl Brauer, an analyst with iSeeCars.com. There are no guesses about what customers want, and therefore fewer discounts on cars, bringing up margins, he said.

Brauer also views dealerships as potential charging sites once the EVs of the future are here to stay. They are already everywhere, in rural, suburban, and urban America. And there’s some consolidation happening in the industry, he said.

And while they might no longer serve as storage depot for new cars, it is likely that the actual car buying would still take place at a dealership, with an employee going over the car’s features, which are becoming increasingly complex.

“This idea that you have physical cars all over the place just doesn’t feel very forward-thinking in today’s world,” Brauer said.

Even those cars in inventory could be stored at a centrally located place, taking cues from the transformations happening in retail and from online car-shopping.

Treating the second largest purchase most people make in the same way as buying shoes might still seem a stretch, but online car-buying companies are coming up with return terms and other guarantees in case reality doesn’t match the virtual world, he said.

It’s a “huge concern,” Brauer said, “but I remember people saying the same 20 years ago when we had (Amazon.com Inc.’s
AMZN,

) Zappos: who is going to buy shoes without trying them on?”

The number of people buying cars online has grown steadily as the likes of Carvana Co.
CVNA,

Adam Jonas of Morgan Stanley recently recommended that investors book profits on some of the bigger public dealership companies, warning about longer-term headwinds and the moves that auto makers are making “to engage consumers directly” while “new/start-up EV OEMs eschew the franchise model altogether.”

Carmax and AutoNation are the two largest U.S. dealership companies by market cap. Their stock is up more than 40% and nearly 70%, respectively, this year, compared with an 18% advance for the S&P 500.
SPX,

“We believe these cycle-high conditions provide an outstanding opportunity to reduce exposure to the franchise dealers before secular issues begin to surface,” Jonas said in his note. “The dealer universe has benefited substantially from the strongest supply-demand imbalance and inventory tightness seen in memory.”

In a separate note, Jonas said Ford’s “order book” strategy was “one of the most remarkable events” of the second-quarter earnings season.

“Hats off to Ford for innovating AGAIN on such important issues when we really didn’t expect it,” he said.

Ford and other car makers will have to strike the right inventory balance, accounting for differences in prices, consumer choices, and even geographical differences, said Ravi Anupindi, a professor at University of Michigan’s Ross School of Business.

Consumers in the market for a luxury car, for example, are likely willing to wait a long time for a customized vehicle, he said.

Consumers, for their part, will have to weigh how much they value customization versus a likely higher vehicle cost and waiting time.

Companies will also need to figure out how many options to offer buyers without creating extra problems for their assembly line. While many cars parts are shared across vehicle platforms, the auto makers will have to think through where buyers will want to see the differentiation.

Amid the current supply constraints, this careful allocation of resources to in-demand cars might make the most sense, he said. But there are some intangibles, such as competition, brand loyalty, and other considerations.

“There’s a part of me that thinks, how fickle is the consumer?” Anupindi said. “Today they might be willing to wait, but will they tomorrow?”