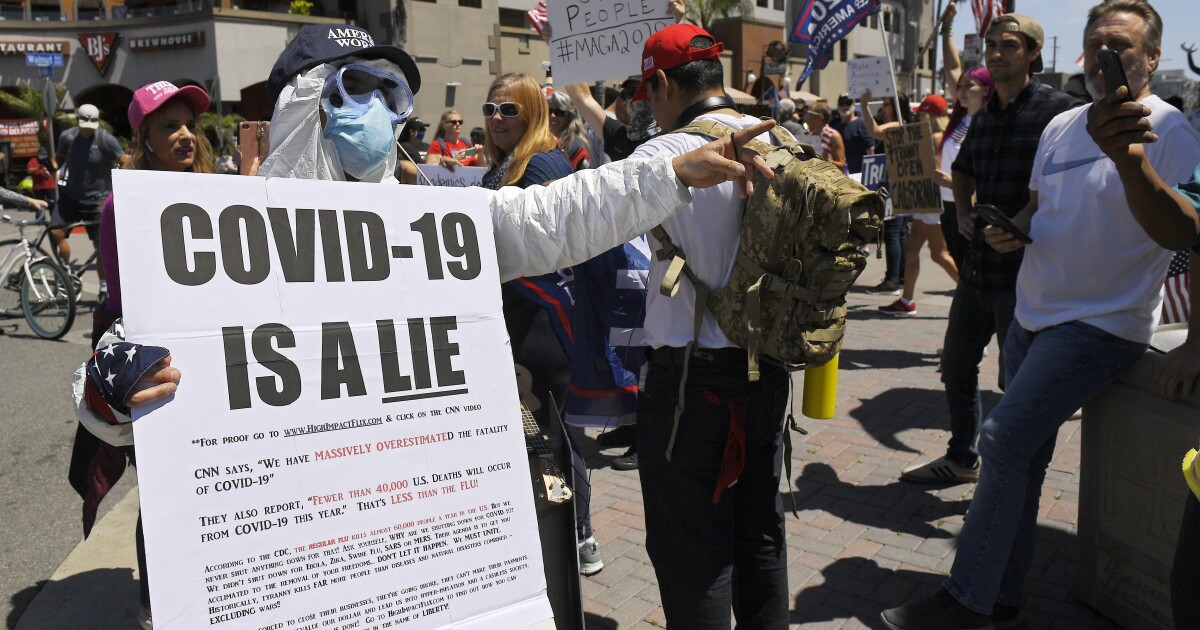 To the editor: Nicholas Goldberg’s column points toward but fails to explicitly mention another problematic element of this kind of in-your-face “protest” in front of officials’ homes — it provides yet another compelling reason for qualified, caring individuals to avoid public service.

Ironically, these protesters don’t even realize their activism is being manipulated by the same media personalities who have been drumming into their listeners’ heads for decades the line that government doesn’t work.

Given a choice between making a decent, quiet living in some other quarter, or taking on a public-sector position where part of the reward is getting taunted in your own driveway for making difficult decisions, which would any rational-thinking person choose? Who could blame one for doing so?

The result is a sad one: The public is deprived of the work of competent, caring individuals.

To the editor: I am sympathetic to public officials who have faced protests at their homes that unfold with a far higher degree of venom and personal attack.

However, as one who protested at Getty House against a prior mayor of Los Angeles, I believe the City Council’s expansion of the buffer zone from 100 feet to 300 feet is cowardly, infringes on 1st Amendment rights and is frankly unworkable.

What’s to prevent protesters from simply reverse-engineering these protests? Simply find a residence 100 yards away from the intended public official’s home, make a few token signs that target the neighboring homeowner for, say, not having a xeriscaped yard, then stay the required 100 yards away from that home — conveniently, in front of the official’s home — where protesters may also have signs and banners targeting them.

To the editor: Protests in front of a public official’s home affects not only the targeted person but also their entire family plus the neighbors in the vicinity.

Would you want people banging drums and throwing objects on the block where you live? Imagine children terrified by the loud noises and people banging on doors and windows. It could be actually dangerous to go outside or drive down the street.

I believe protests are important, as I have participated in several, but they should occur near an official’s place of work, not in a residential community.