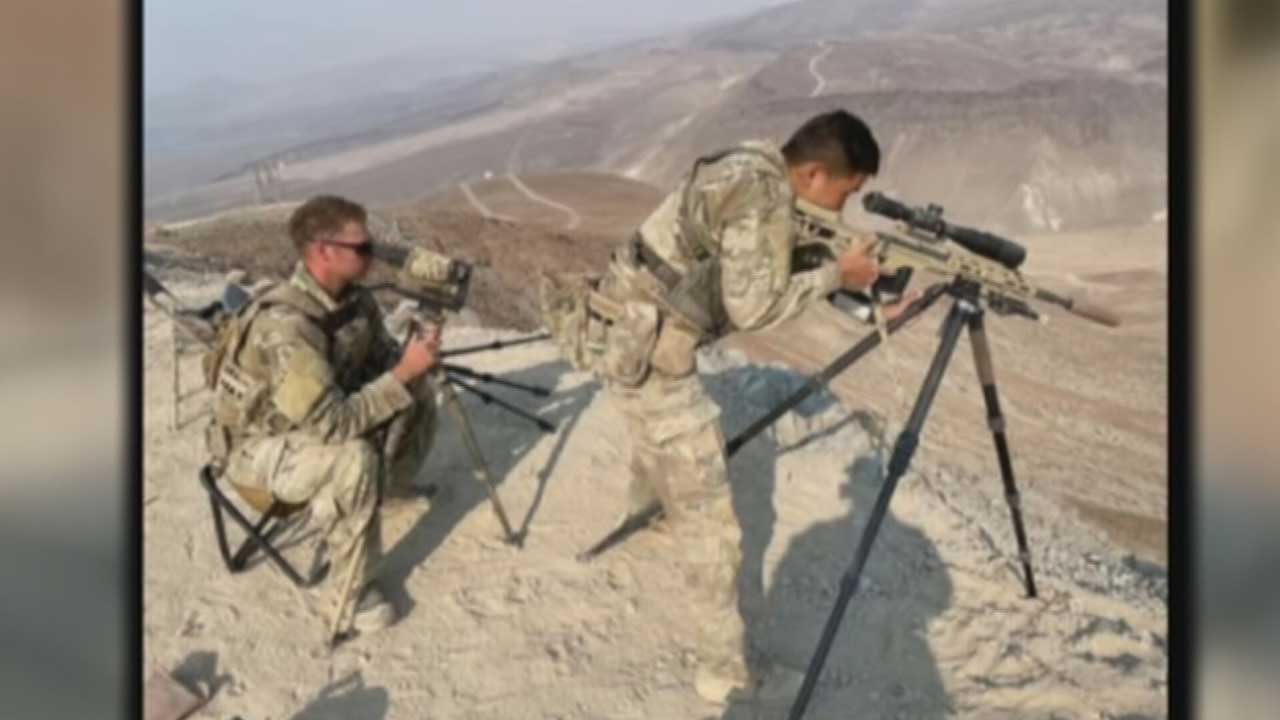 A sniper came home from training in California to find his truck gone. Oklahoma City police are hoping for tips to help them find the truck.

The owner said it has been in his family for at least 10 years.

“It was something that I wanted to work on with my dad. We have been working on it for a while. Before that it was with his brother out in California,” said James Thomas.

Aside from his passion for working on cars, Thomas is in the Oklahoma National Guard and worked his way up from an infantryman to sniper. Thomas said he was one of three snipers in the Guard chosen for a special training in August.

After a month of being gone Thomas returned home last week and noticed his truck was missing.

“I went to the front office. I was like maybe they just towed it because I parked it in the front. They told me they actually noticed it was gone three to four weeks ago,” he said.

“Since it has been missing for a while, it could have already crossed state lines, maybe even got to the border down in Mexico or even just scrap because some scrap yards they don’t even check the VIN numbers they will just take it for the medal,” he said.

As Thomas waits for an update from police, he hopes someone out there can help find the family heirloom.

“I’m not even angry, I’m just disappointed and sad that someone would be that low just to be able to take something from someone not knowing what it means to them,” he said.