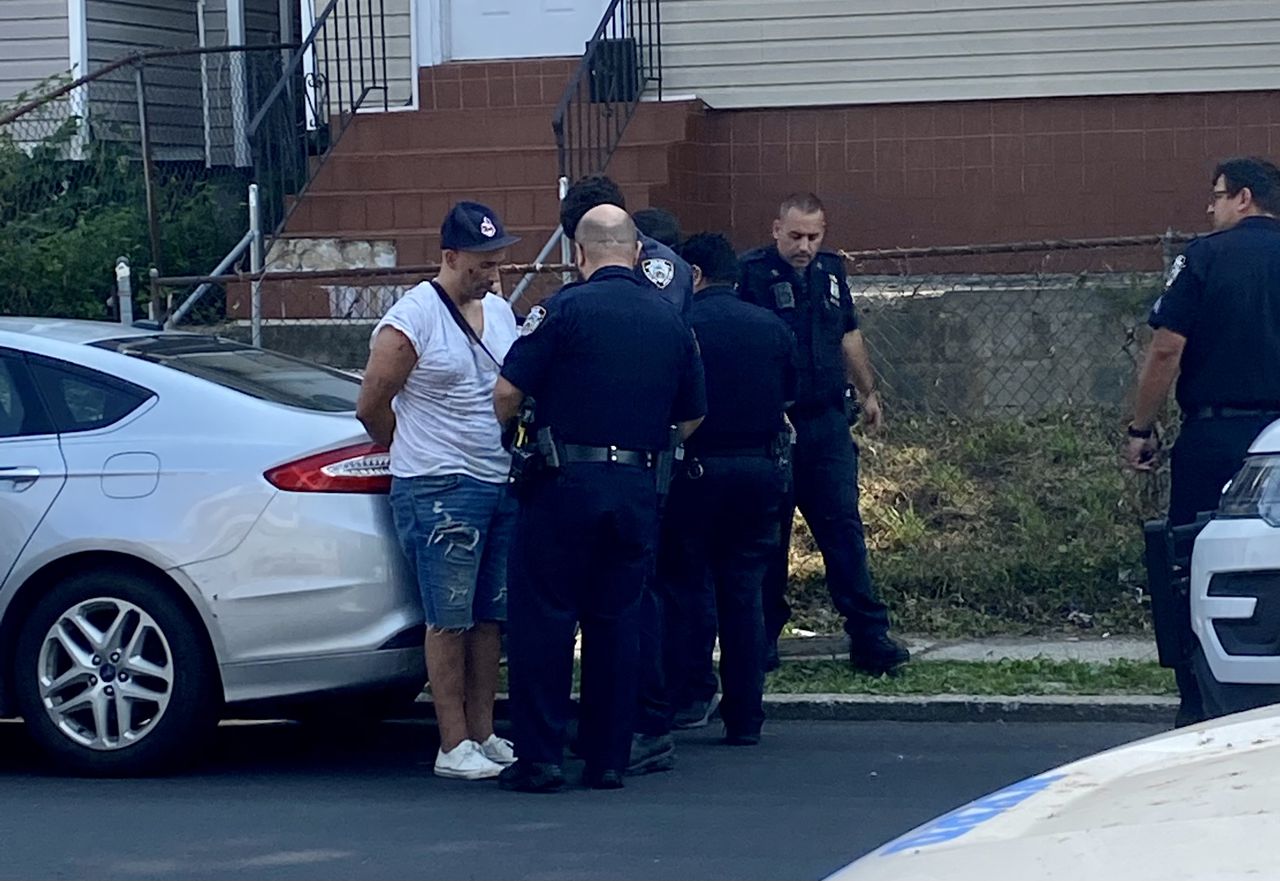 STATEN ISLAND, N.Y.— Police have charged a Port Richmond man in a series of random attacks Sunday within blocks of his home, during which a teenager and a 53-year-old woman both were allegedly targeted.

Vito Forestier, 54, of Nicholas Avenue, faces charges that include kidnapping, acting in a manner injurious to a child less than 17 years old, resisting arrest and harassment in connection with the incidents, according to an NYPD spokesman.

The violent spree first unfolded with an attempted abduction at about 10:30 a.m. at Clove Road and Delafield Avenue, followed soon after with an assault a few doors down from Forestier’s home. A police response in which the defendant allegedly resisted arrest and was tased by officers followed, officials said.

Still shaken by the incident, the 14-year-old who Forestier allegedly first targeted said she was walking home from church with her brothers Sunday morning when a man drove past, rolled down his window and told her multiple times to “‘get in the car.’”

“I saw he was unfastening his seatbelt, so we kept walking,” she said. “And then he came up from behind me and grabbed me.”

From across the street, a witness said he watched the incident unfold.

“He tried to grab her and she started crying, and the other kid jumped on his back and was trying to punch him,” said Victor Penaranda, who was working at a nearby auto repair shop. The boy he was referring to was the victim’s 13-year-old brother.

Then, reinforcements came in the form of two good Samaritans who shouted from their car that they would call the police.

Penaranda said the suspect returned to his white Acura and fled the intersection, but was followed close behind by the good Samaritans, who snapped a photo of the license plate in the process.

“Those two people are your classic, traditional New Yorkers,” said the victim’s father. “They came to the help of people; they didn’t just try to stay out of it. And they prevented a tragedy from happening today.”

As police were searching the North Shore on Sunday for the suspect and/or vehicle tied to the kidnapping incident, 911 dispatchers received a call of a 53-year-old woman assaulted on a residential street about a mile away.

Family of the victim said the woman was gardening in front of their home when the unknown perpetrator— later identified by police as Forestier— approached and punched her multiple times in the face for no apparent reason.

“I was inside and she screamed for my dad,” said Walter Rivera, her 21-year-old son. “She was saying ‘help, help …”

Said the woman’s husband: “My daughter took her away from here because right now her head isn’t straight; it was the first time she got attacked like that and it was bad.”

Family said she was treated for her injuries by medics at the scene.

Adding to the bizarre nature of both attacks, Rivera said that when he ran outside to confront the perpetrator, he dropped what looked like a tablet he was carrying in their garden while fleeing on foot.

Authorities said Rivera lives a few doors down from the scene of the second incident, which is where he ultimately was arrested. Hours later, the NYPD congratulated two Staten Island cops on Twitter, who they say “heroically apprehended” the suspect.