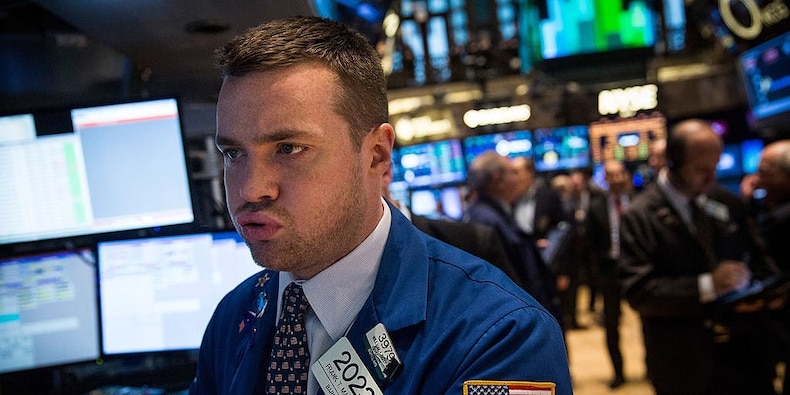 RBC Capital Markets has joined the voices in the banking world predicting that US stocks will stumble before the end of the year, having racked up months of gains – although it said the drop will be a buying opportunity.

Analysts at RBC, the investment arm of the Royal Bank of Canada, said they expect a decline of 5% to 10% in the benchmark S&P 500 stock index by December’s close.

“We continue to think the S&P 500 will experience a bout of volatility/meaningful pullback before the year is up,” the analysts, including head of US equity strategy Lori Calvasina, wrote in a report published Monday.

Valuations are becoming stretched, they added, noting that the S&P 500 tends to run into trouble a few months after a surge in earnings.

Calvasina and colleagues said they think markets have been too complacent about the impact of the Delta coronavirus variant, which has spread rapidly across the US and which economists said weighed on the labor market in August.

Read more: US Investing Championship hopeful Steve Geng landed an 89% return through June. He shares the spin he’s putting on a classic trading strategy that’s leading to outsized returns in the options market.

Yet the RBC Capital Markets team don’t think there will be a “growth scare” that will weigh on stocks heavily in the longer term. For that reason, the pullback would be an opportunity to buy into the market at cheaper prices.

“While we take the reasons for a pullback seriously, we also see economic recession risks as low, reducing the likelihood of a full growth scare, and intend to treat it as a buying opportunity,” they said.

“Even with recent downgrades, consensus forecasts still expect the US economy to see growth rates well above trend in the year ahead.”

RBC is the latest in a number of banks to predict a drop in US stocks or to recommend their clients trim their exposure to the equities.

Deutsche Bank said last week that high valuations suggest a sharp market sell-off could be imminent, while Morgan Stanley’s Mike Wilson told Yahoo Finance that a 10% drop in stocks could be coming soon.

Elsewhere, Goldman Sachs and Citigroup have sounded the alarm that US stocks no longer look so attractive after seven straight months of gains for the S&P 500.