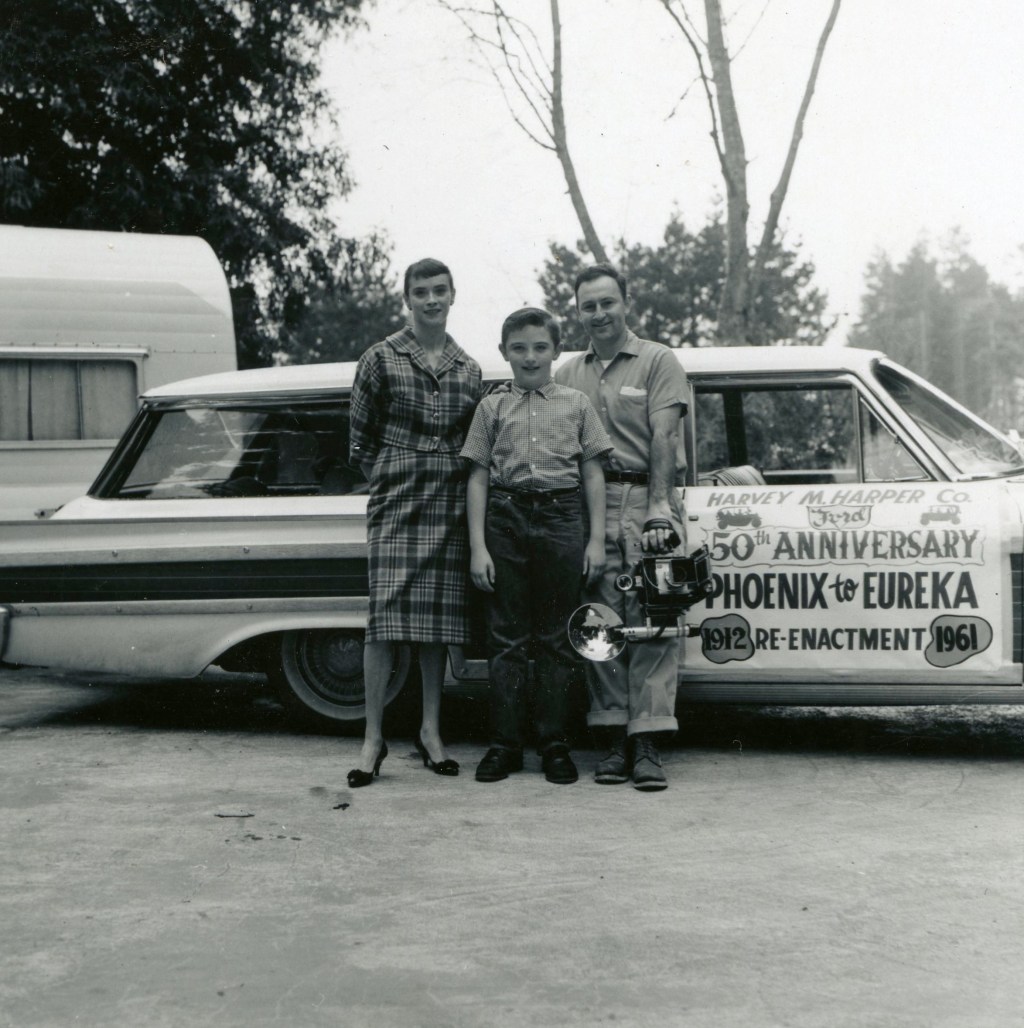 Editor’s note: This column comes to the Times-Standard courtesy of the Humboldt County Historical Society.

For those relatively new to Humboldt County, the name “Harvey Harper Ford” might primarily conjure a view of U.S. Highway 101 between Eureka and Arcata with a large car dealership and a colorful merry-go-round. For those who have been here longer, it can evoke a story of hardship, adventure, persistence and success.

Harvey M. Harper was born in 1870 and grew up on a Kansas farm. After moving with his family to the small town of Chanute, Kansas, young Harper went into business milking townspeople’s cows and driving a passenger wagon to and from the train depot. The Harpers moved to Texas and then to Phoenix, Arizona, where, in addition to going to school, Harper took on various jobs, including butcher delivery boy and driving a horse drawn road scraper. Ever restless, he moved to Kansas City for a while and delivered newspapers on horseback. Next came various jobs in Colorado, including elevator operator and peddling Singer sewing machines. This was followed by stays in Chicago, New York, England, Paris, New Orleans and El Paso — all before he was 25.

The discovery of gold in the Klondike sent Harper north to Alaska where, in addition to panning for gold with modest success, he set up a food stand to feed other hopeful prospectors. By 1899, after brief stops in Boston and New York, he was back in Phoenix working as a store clerk. There, he married, but wanderlust drove him and his young family to Eureka, where he peddled food door to door, operated a general store and raised hens for their eggs.

In 1911, when he returned to Phoenix because of family illness, Harper became captivated by the possibilities of the new automobile industry and asked for a franchise to sell Fords in Eureka. He was granted that on condition that he buy a Ford, get it to Eureka and start selling cars by February 1912.

Harper loaded his wife Maisie, five children, groceries, a cook stove and camping gear into a Model T Ford and launched into a six-week winter trip across deserts, mountains and forests along poor or almost non-existent roads. The saga of this trip is well recorded including the breakdowns, the storms and the times when Mrs. Harper had to hold the car onto the slippery road with a rope while her husband walked ahead shoveling mud.

Finally, much to the astonishment of the locals at this rare sight, the automobile traveled through Bridgeville, Fortuna and into Eureka after what Harper termed “40 days and 40 nights” speeding along at most at 20 mph. Once there, he drove around town showing off his wonder car and selling orders for Fords that would be delivered by ship.

Harper soon set up a fixed dealership, which was later proclaimed as the 13th car dealership in the United States. Its location expanded and moved over the years and continued to be run by successive generations. To mark the 50th and then the 75th anniversary of the founding story, members of those later generations reenacted the Phoenix to Eureka trip with caravans, costumes and a 1912 Model T — arriving back in Eureka to much civic celebration and parades.

Harvey Harper died at age 91, but age hadn’t dimmed his spirit of adventure. In his 80s, he built a log cabin from scratch and went traveling again. He sailed on a whaler to Peru and flew to the headwaters of the Amazon River to travel its length on a wood-burning riverboat.

So, next time you drive comfortably past the Harper dealership, give a thought to its early days and the adventurous pioneer who made it possible. Better yet, come to the Humboldt County Historical Society and learn more about Harvey Harper and the many other adventurers and entrepreneurs who made our community what it is today.

Pam Service, a graduate of the University of California, Berkeley, also holds a master’s degree in history and archaeology from the University of London. After decades as a museum director and curator in Indiana, she came to the Clarke Museum in 2000. She began work as an archivist at the Humboldt County Historical Society in 2015. In addition, she has done archaeological work on four continents and has published 32 books.