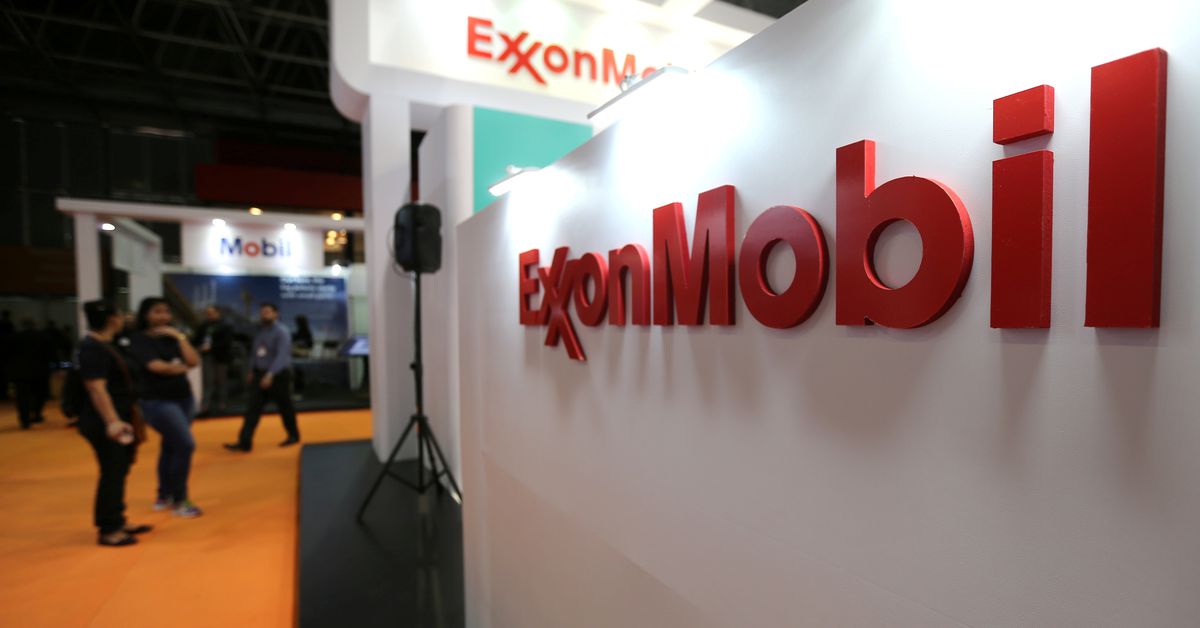 A logo of the Exxon Mobil Corp is seen at the Rio Oil and Gas Expo and Conference in Rio de Janeiro, Brazil September 24, 2018. REUTERS/Sergio Moraes/File Photo

“The SPR’s ability to conduct exchanges is a critical tool available to refiners to strengthen the fuel supply chain and mitigate disruptions following emergencies, like Hurricane Ida,” the department said on its website after authorizing the additional loan to Exxon’s Baton Rouge refinery.

Exxon is transporting the oil to the 520,000 barrels per day refinery, “which will help us completely restore normal operations and continue providing fuel to the impacted area,” said Julie King, a company spokesperson. The plant resumed normal operations earlier in the day.

The Energy Department has now authorized loans totaling 3.3 million barrels to help refiners cope with the dearth of oil coming from the U.S. Gulf.

Three-quarters of U.S. Gulf of Mexico oil production remain offline after Ida made landfall over a week ago. Ida was one of the worst hurricanes for oil producers since back-to-back storms in 2005.

Royal Dutch Shell Plc (RDSa.L), the largest oil producer in the U.S. Gulf of Mexico, on Thursday canceled some export cargoes due to Ida’s damage to offshore facilities, signaling energy losses would continue for weeks.

Power outages at onshore processing and pipeline facilities have prevented some crude from reaching shore, which has supported oil prices since last week.

The SPR had 621.3 million barrels of crude in stock as of last week, according to the Energy Department, the lowest since August 2003.

The SPR has four major storage facilities, two in Texas and two in Louisiana, to deliver crude to nearby refineries for fuel production. It was developed in the 1970s after the Arab oil embargo spiked gasoline prices, but has been tapped recently after unusual fuel disruptions like hurricanes.