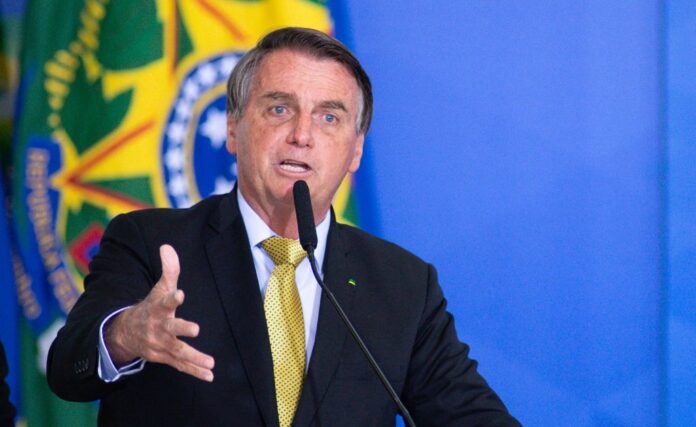 Brazilian President Jair Bolsonaro signed a decree on Monday that temporarily bans social media platforms from removing many types of content, including misinformation about COVID-19 and the country’s upcoming presidential election.

What do the rules say?

The decree targets what Bolsonaro’s presidential press office called “arbitrary removal” of content including accounts, profiles and posts. Under the new rules, tech companies must only remove posts if they fall under a narrow set of definitions including terrorism, threats of violence, sexual crimes and cyberattacks, unless they obtain a court order.

The measures would prevent social media companies from easily removing content including medical and political misinformation. Bolsonaro has repeatedly posted misinformation about COVID-19, and has claimed that voter fraud would be the only explanation if he loses the upcoming October 2022 presidential election—something pollsters say is likely. Facebook, Twitter and YouTube have all previously removed COVID misinformation shared by Bolsonaro.

“The rules are bad news for Brazil,” Javier Pallero, the Argentina-based policy director for the digital rights group Access Now, told TIME, adding that the decree “ties the hands of internet platforms to deal with hate speech, disinformation campaigns and coordinated harassment.”

“We need democratic rules to make content moderation in platforms more transparent, fair and accountable,” Pallero said. “But these attempts from iliberal politicians are far from that—and aim only at giving a free pass to anti-democratic speech.”

What could this move mean for other countries?

Brazil’s new measures will expire in 120 days unless they are ratified by the country’s Congress. Many lawmakers have already spoken out against the rules.

The Brazilian rules could be an omen for the future of the Internet, Rasmus Kleis Nielsen, the director of the Reuters Institute for the Study of Journalism at Oxford University, said in an interview.

“There are many politicians across the world, including in the United States and also in some parts of Europe, who are actively pushing the idea that private platform companies should not be allowed to take down anything unless they can show that it’s illegal, in particular, around political speech,” Nielsen told TIME. “This would essentially demolish private platform companies’ abilities to moderate issues related to hate speech and various forms of trolling.”

Read more: The Future of the Internet Is Under Greater Threat Than Ever Before

“Such an approach would essentially be a political decision to move in the direction of an Internet with even more vitriol and toxicity which, of course, is often directed primarily against women, minorities, and people with political views that sway from the mainstream,” Nielsen added.

What have social media companies said?

Tech companies pushed back against Brazil’s new measures this week.

“This provisional measure significantly hinders our ability to limit abuse on our platforms, which is fundamental in providing a safe place for expression and connection online,” Facebook said in a statement. “We agree with legal experts and specialists who view the measure as a violation of constitutional rights.”

Twitter said that Bolsonaro’s decree “undermines the values and consensus” that the country’s Internet framework was built upon.

YouTube said in a statement that it was “closely analyzing” how the new Brazilian rules impact the way the company regulates content in the country. “We’ll continue to make clear the importance of our policies, and the risks for our users and creators if we can’t enforce them,” YouTube said.

The Leadership Brief. Conversations with the most influential leaders in business and tech.

For your security, we’ve sent a confirmation email to the address you entered. Click the link to confirm your subscription and begin receiving our newsletters. If you don’t get the confirmation within 10 minutes, please check your spam folder.

Write to Billy Perrigo at billy.perrigo@time.com.