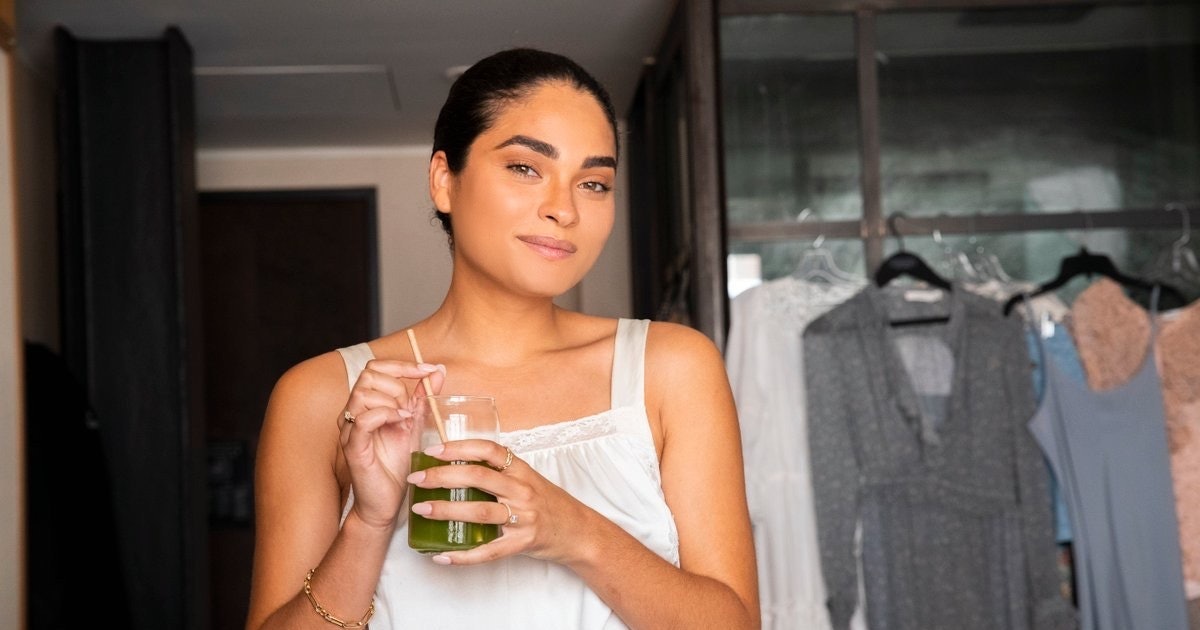 Brittany O’Grady’s day at New York Fashion Week began long before she arrived at the Coach spring 2022 show on Friday, September 10. To prepare for her front-row seat at the runway presentation, the actress—whose character Paula on the Mike White-directed HBO Max limited series White Lotus has become a phenomenon in her own right—began her day at 9 o’clock in the morning, a full eight hours before she took in the grunge-focused fashions with her costar Alexandra Daddario by her side. “Today’s been quite the adventure,” she said ahead of the show backstage, wearing a full look by the brand. “But I was excited to work with these pieces and have this whimsical flower child look. It’s really who I am.”

Out of a handful of options Coach offered her, the 25-year-old chose a floaty periwinkle wrap dress with a “sturdy” brown leather bag and white pointed-toe kitten heels. “It was dainty and very much me, which is a lot of fun, because normally as an actress, I’m just put into whatever is fit for the character,” she added. “Now, I get to embrace myself in a way.” Although O’Grady spent a significant amount of time getting ready, she knew straight away which jewelry pieces she wanted to include in the look, pointing to a trio of whimsical charms she wore around her neck.

Her outfit for show day is a far cry from what Paula—who spends most of her time alongside her frenemy Olivia Mossbacher, played by Sydney Sweeney—would wear at The White Lotus resort. But the actress acknowledges the two characters’ prominence in pop culture; she’s seen the think pieces on the books Paula and Olivia read poolside, as well as the memes. “The fact that our characters and their experiences together have been part of meme culture is iconic to me,” she said. “My sister sends me memes all the time from her friends. They always make me chuckle. I love that it’s bringing joy to people. [Paula and Olivia are] terrifying, so it’s funny to find the comedy in how scary they are.”

As for season two of White Lotus, O’Grady keeps mum on the details. When asked whether she will be involved in the next round of episodes, which will feature a brand-new cast and storyline, she said, “The door is wide open at this moment. I’m still feeling connected to Paula and that story, but I’m excited to be a part of the audience watching the show.”